The National Human Rights Commission (NHRC) has cautioned against violence against women and girls in the country as it leads to psychological and physical trauma and sometimes, death.

The Coordinator of NHRC in Abia, Mrs Uche Nwokocha, gave the warning during a road walk to mark 16 Days of Activism Against Gender-Based Violence in Umuahia on Monday.

The coordinator advised everyone being oppressed, exploited or sexually molested to come to the commission’s office in Umuahia and lay complaints.

She told newsmen that the sensitisation was aimed at educating the public on the implications of gender-based violence.

The legal practitioner, amidst empathy described violence against women and girls as a “key global crisis which knew no boundaries or class”. 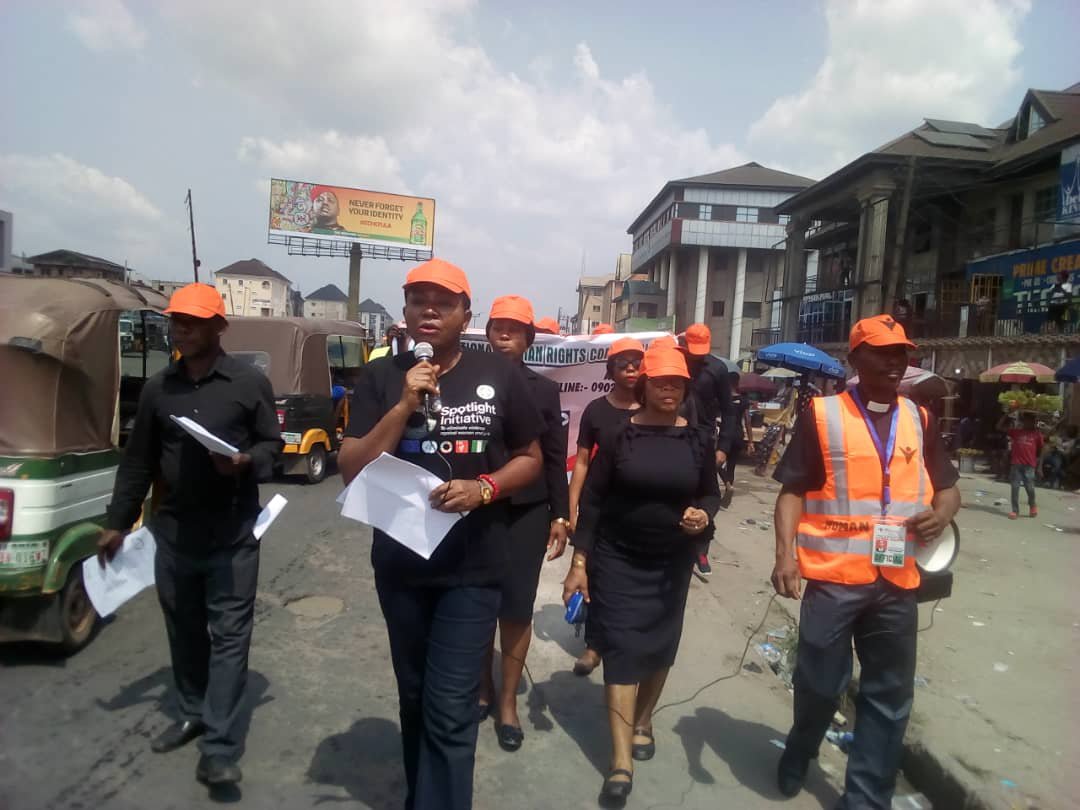 According to her, gender-based violence takes many forms, including domestic violence, sexual violence, assault, child or forced marriage, female genital mutilation, harmful widowhood practices among others.
She said that the road walk was part of the 16 days of activism to curb gender based violence in the state and the nation.
The staff of the commission marched through the major streets with big banners that had bold inscriptions thus, “16 Days of Activism Against Gender-Based Violence.Stop Violence Against Women.”

They shared flyers and pamphlets while sensitising the people on how to stop gender-based violence.
The coordinator said that the activities commenced on Nov. 25, being the International Day on the Elimination of  Violence Against Women, and would end on Dec. 10, which was the International Human Rights Day. 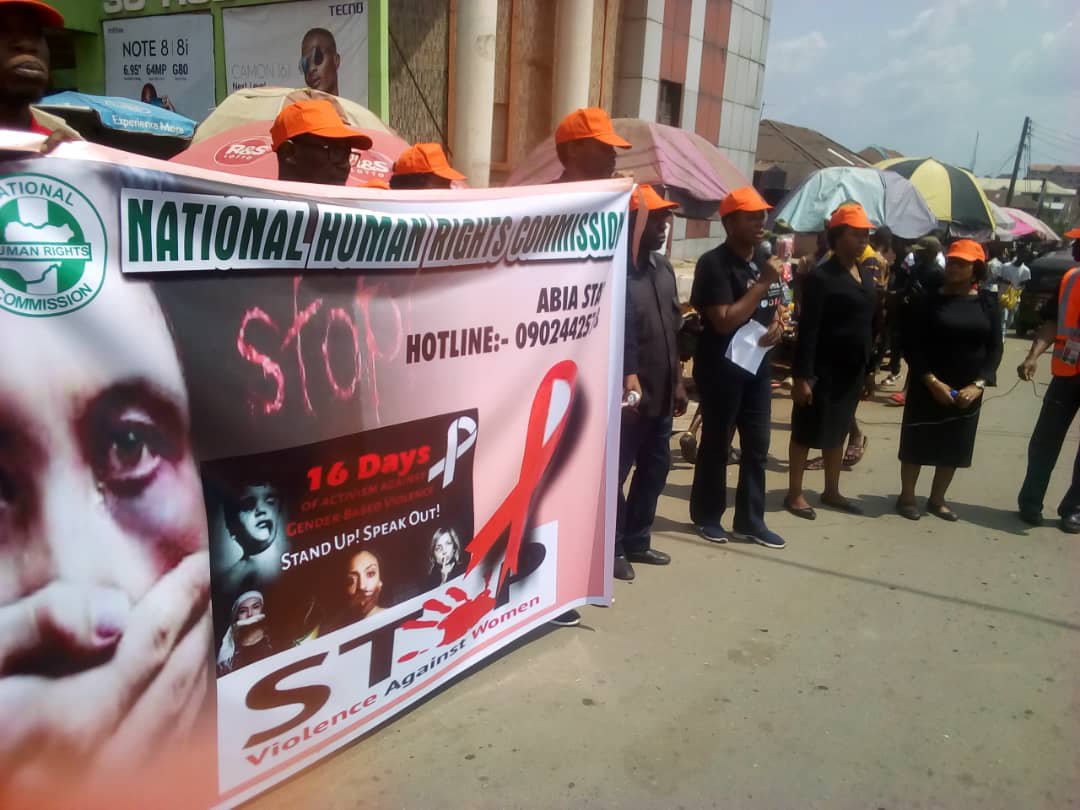 Nwokocha said, “As part of the activities, we have already visited some radio stations, informing the public and sensitise them on how to eliminate violence against women and girls.

“We also intend to meet with the Chief Judge of Abia, Speaker of Abia State House of Assembly, Commissioner,  Ministry of Women Affairs and Social Development.

“We will also visit some schools to tell the children about  how to stop violence against women and girls.”
She said that they would also mobilise the youths from different parts of the state, where they would give them a take-home message from NHRC.

Impersonation: I Cannot Ask for Money to Provide...