The newly elected President of Ariam-Usaka Professionals, (AUP), in Ikwuano LGA of Abia State, Prince Innocent Eleogu has stated his commitment towards providing a lasting solution to the extant insecurity in the area.

Prince Eleogu said he, in collaboration with his executives shall intensify efforts in bringing an end to the existing inter- communual war between the people of Ariam-Usaka and Nkari, in Akwa-Ibom State. 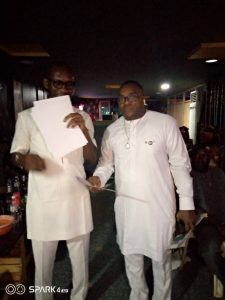 It could be recalled that the fracas between the two communities has regrettably claimed innumerable lives and rendered many families homeless.

FamousReporters gathered that most families in Ariam-Usaka have deserted their homes and have become refugees in other sister- communities consequent on the bloodbath that has resisted all peaceful interventions.

To this effect, the newly elected AUP President has reiterated that he, alongside his executives would stop at nothing in ensuring that peace returns to the land, while promising to respond positively to the deplorable state ring road in the area. 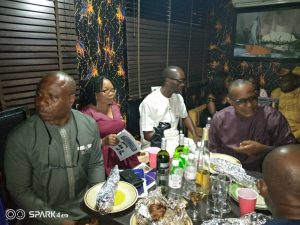 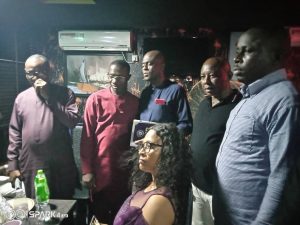 Prince Eleogu made this pledge at Rajj Kaliff Hotel, in Umuahia, Abia state’s capital, weekend, during an induction ceremony of the newly elected officials of the AUP.

Hear him:
“It is a thing of great honor and joy to be here today to accept to serve in the exalted position of President of this noble and prestigious association. This job will be challenging, but I can boldly tell you that, having worked very closely with the APU’s founding president, Hon. John Victor Maduabuchi and the outgoing president, Hon. Ibeh Ifeanyi, I have garnered the relevant experience to steer the ship amidst the onerous task to an exalted destination”.

Speaking further, he said: “Under this new leadership led by my humble self, we shall fortify our commitment to solidarity, especially in rising to the occasion of the bad state of the ring road, security, boundary crises and other issues bedeviling our community. Internally, we shall work hard to bond our members more with our association for seamless interaction, program implementation, and delivery and indeed the pursuit of innovative, practical welfare ideas for our members”. He concluded. 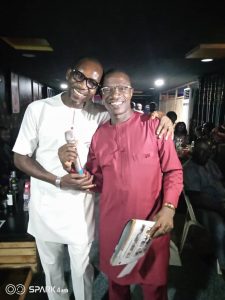 According to Ikwuano weekly, the event had in attendance, the Executive Chairman of Ikwuano LGA, Chief Steve Mpamugo and other illustrious sons and daughters of Ariam-Usaka from all ‘walks of life’.

Earlier in his remarks, the chairman, Chief Mpamugo, thanked the newly elected president of AUP for his relentless support and immense contributions geared towards the growth of the association.

The Council Boss reassured the people that his administration would effectively partner the AUP to bring the desired and “the much needed development to Ikwuano.”
“My administration is committed to also partnering with reputable professionals like you who are based abroad. Your knowledge, experience, and exposure in the diaspora are pertinent to the growth of Ikwuano and my administration will do all it can to harvest promising ideas and recommendations from you”.

Other newly-elected executives of the AUP and their offices are;

Whereas the AUP newly inducted members and their occupations are as follows;

Meanwhile, highlight of the event was a mouthwatering dinner party which accompanied the exercise.

Heartbreaking!! Man calls out to coldstonecreamery_nigeria for killing...