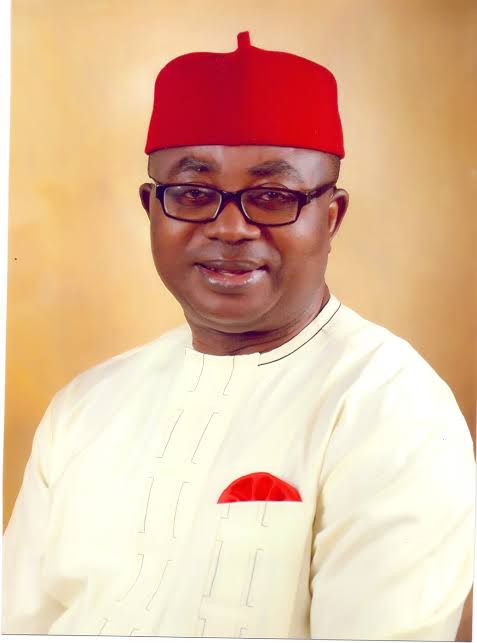 The Council Boss, without mincing words, lauded Rep. Onuigbo for maintaining a people-first style of leadership, irrespective of party affiliations.

This was even as sites for two new projects which were attracted by Rep. Onuigbo, were handed over to Contractors in an area evidently dominated by the PDP.

These were a block of three classroom with furnishing at Umuajata Olokoro and a site for the installation of 300kva transformer at Umuagu Ngolori Afugiri, in Umuahia South.

Engr. Humphrey commended the Lawmaker, yesterday, at Umuagu Ngolori, in Afuguri, Umuahia North LGA, during the site-showing and flag-off the projects.

FamousReporters gathered that, the gigantic project has in no doubts, enhanced a hitch-free movement of Train from Olokoro, to Umuagu Ngolori, Afuguri, Umuahia South and North, respectively.

In his speech, the Council Chairman described Onuigbo as a project-focused leader, noting that the high-spirited son of Ikwuano has from inception offered nothing short of effective representation.

He, therefore, prayed for the release of God’s blessings and his infinite mercies upon the Honourable Member, to enable him achieve more for the. Constituency.

Corroborating, Sir Tony Ezebuiro specifically thanked Rep. Onuigbo for his love and commitment to Umuahia South beginning from his first day of assumption of office.

Sir Ezebuiro pleaded with all and sundry in the state to “be a source of encouragement to the Rep member for him to do more without minding the political party differences.”

Also, the immediate past elected Chairman of Umuahia North LGA, Hon. Chidiebere Nwachukwu gave a warm message of thanked Odoziobodo for remembering them.

It could be recalled that the Lawmaker announced defection had thrown his former party, PDP in a state of devastation.

Meanwhile, indisputable remains the fact that while tongues continuously wag among some members of PDP, a handful of them still doff their caps in honour of him.