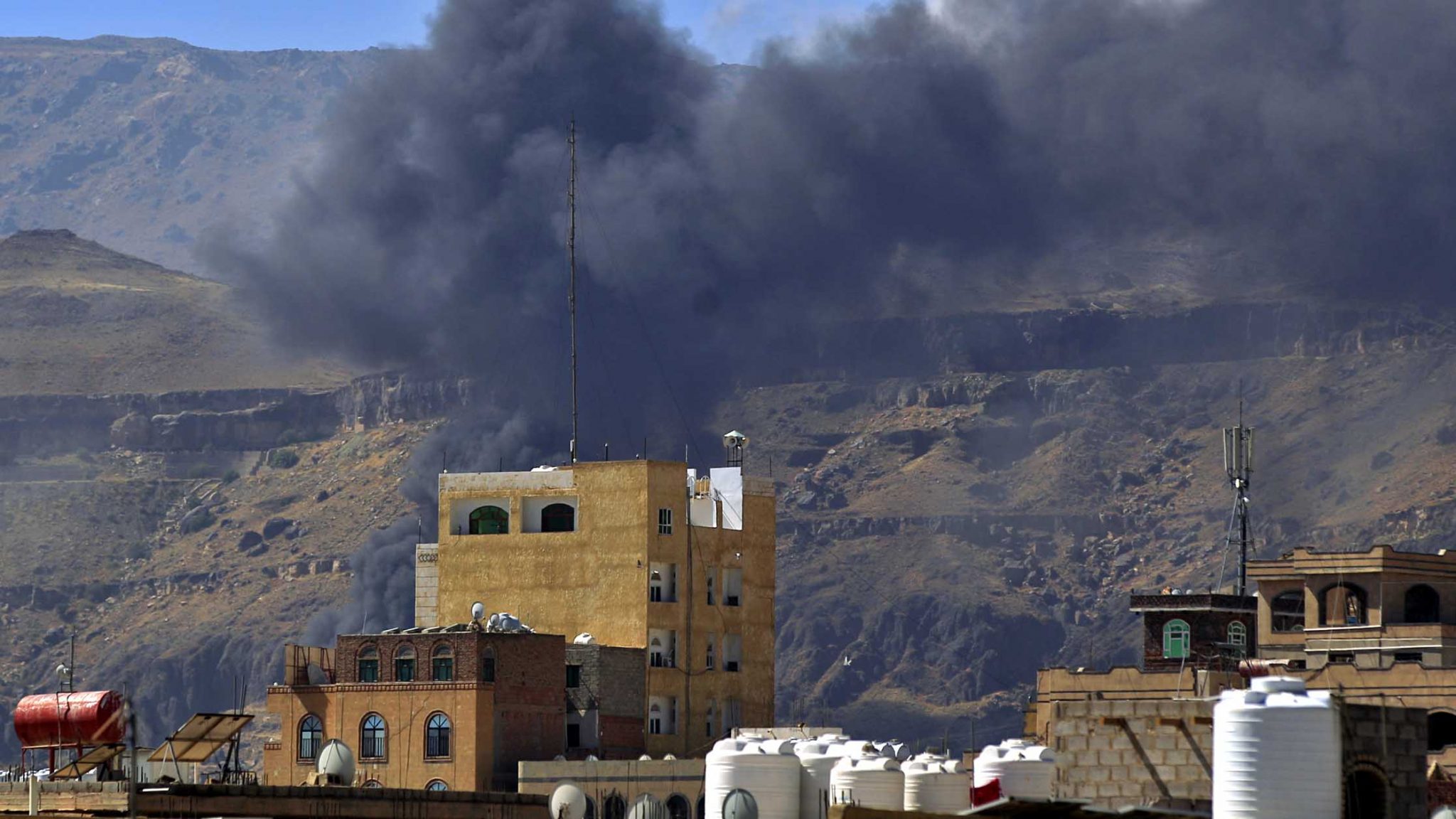 Smoke billows following a reported airstrike by the Saudi-led coalition in the Yemeni capital Sanaa, on November 27, 2020. – The Saudi-led military coalition in Yemen bombed rebel camps including in the capital Sanaa, AFP correspondents said, days after the Huthis attacked an oil facility in Saudi Arabia. (Photo by MOHAMMED HUWAIS / AFP)

Thirteen fighters were killed in an exchange of artillery fire between pro-government forces and separatists in the southern province of Abyan, military sources told AFP on Saturday.

The Southern Transitional Council lost eight men, including two officers, and six others were wounded late Friday in the latest outbreak of violence between the nominal allies in Yemen’s civil war, an STC source said.

A military source on the Yemeni government side said that five fighters from its ranks were among the dead.

The STC is a separatist organisation that wants the south to secede from the rest of the country, even while it is allied with the central government in a fight against their common foe, the Iran-backed Huthi rebels, in Yemen’s civil war.

The separatists announced in August their withdrawal from talks on a power-sharing deal with the Saudi-backed and internationally-recognised government.

The deal struck in Riyadh in November 2019 was designed to mend a rift between allies in the war since 2014 against Huthi rebels who have seized much of Yemen’s north.

Tens of thousands of people, mostly civilians, have been killed and millions displaced in Yemen’s conflict which has triggered what the United Nations has called the world’s worst humanitarian disaster.

Ferguson teams up with Rashford after making poverty pledge

Coronavirus updates: Trudeau and wife isolate after she...

As Wikipedia turns 20 it aims to reach...