The National President, Ohanaeze Youth Council, (OYC), Comr. Igboayaka I. Igboayaka has expressed acrimony towards the rate of havoc wrecked by the promiscuous use of states against the Igbo nation. 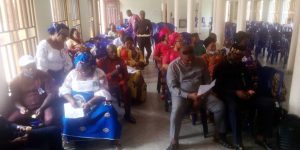 Cmr. Igboayaka
urged NdIgbo worldwide to guard against what he described as an unwarranted division among them instilled by the indiscriminate use of zones, hence Southeast, Southsouth, among others.

The patriotic Igbo son advised that the people should rather pursue diligently and recover their identify, which he lamented had been thrown into skeptism through the thoughtless use of state or zone.

“Ndigbo must ease to use state or zone indiscriminately against themselves, but pursue their identity which have been put in doubt with state or zone identification.

“We must not allow states or zone identification override our real origin or identity as Ndigbo.”

Igboayaka reiterated that the Igbo man must always endeavour to hold unto his real identity irrespective of wherever he is situated, insisting that there is an irrevocable existing equality.

He warned against the unlawful use of hirachy, a perceived threat to the proper identificationcation of the Igbo man among the race.

Hear him: “An Igbo man anywhere is an Igbo whether Southeast, Southsouth or North Central, and they have the same equal right, none is more Igbo than other, therefore nothing is like core Igbo man. 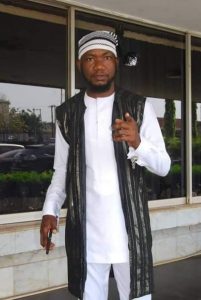 Speaking on the topic:
‘The Conspiracy of State and Geopolitical Zone Creation: And the Need Fr Igbo Unification’, at the just concluded ‘Igbo Nation Political Summit 2021’, weekend, at Mbaise Road, in Owerri Imo State, Cmr. Igboayaka, bemoaned the extant division among Ndigbo, as instigated by state creation in the country.

He highlighted that the quest for ‘Unification of Igbo Race’ had over the years, “been a very tough project due to the political concept of States and Zone.

“Igbos are the most prominent race in the world and very outstanding in Africa. We gradually loosing our Igbo identity and brothethood as regards the domination of states or zones, as many Igbos claim indigene either their state or zone”, he wailed.

According to the National President, the concept of state creation concept is an attack to Igbo pullulation, as he regretted that, “today, over 350 villages of Igbo extraction in Benue are counted as Northern people while their brothers in Nsukka are counted as Southeast.

“This is a pure divide and rule of politics to weaken the strength of Igbo and to turn brothers against brothers.

Speaking further, he said:
“It is historic that from 1954 to 1964, that is within a space of ten years when Igbos are in unified government of Eastern region, they became the most fastest growing economy in the world. It’s obvious after balkanization of old Eastern region to various states, Alaigbo has continued to have a small development.

“It is important to note that no man anywhere in any part of the state is more Igbo than the other. With facts on ground, Ndigbo occupied presently 13 states in Nigeria, Southeast, South-south and North Central(Kogi &Benue) 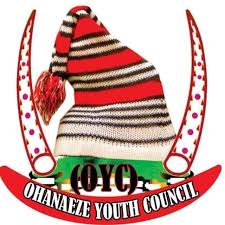 “With the past history, the truth remain that Ndigbo must seek to unify themselves across states to form a customary government in line with UN customary law”, he concluded.

Igbo Nation Council To Miyetti Allah: You Shall...