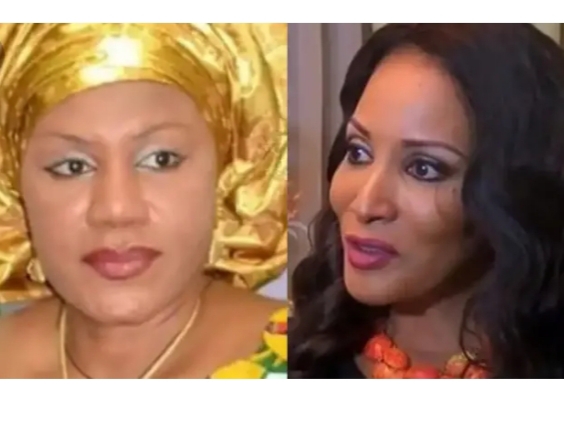 Prof. Charles Soludo, alongside the Deputy Governor, Onyeka Ibezim, took their oath of office in a low-key ceremony.

Facts have started to emerge about the real reason, behind the fight that ensued between the wife of former governor of Anambra State, Ebelechukwu Obiano and Bianca, the widow of late Chief Emeka Ojukwu.

It was earlier reported that both women engaged in a physical combat on Thursday during the swearing-in ceremony of Governor Charles Soludo at the state’s government house.

Reports from EasternEye has it, that the fight started when the former governor’s wife, who was said to have had personal quarrels with Bianca, called her a witch. 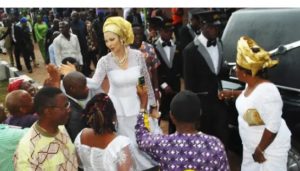 She deliberately walked up to Bianca and engaged her in a conversation which led to the fight.

According to eyewitness, Ebelechukwu said to Bianca, “What are you doing here? You said we will never win the governorship and here you are. You are a witch.”

That didn’t go down well with Bianca, as she instantly got to her feet, and slapped the former first lady and a fight ensued between them at the VIP stand.

Videos of the fight is presently trending on all social media platforms as some Nigerians are of the view, that Mrs. Obiano deserved more than the slap.

Similarly, according to a particular video that went viral, the wife of immediate past governor of Anambra State, Mrs Ebelechukwu Obiano arrived at the swearing-in ceremony of Professor Charles Chukwuma Soludo and was allegedly moving around to greet the dignitaries. On getting to where Iyom Bianca Odimegwu Ojukwu sat, she allegedly said “Bianca so you are here, I thought you said you will never attend any APGA event again.”

Iyom Bianca Odimegwu Ojukwu who reportedly got provoked by the statements madw by Mrs Ebelechukwu Obiano, stood up and slapped Mrs Obiano at the event.

However, earlier, the News Agency of Nigeria (NAN) correspondent who was at the scene of the event reported that the incident occurred immediately after Mr Soludo took his oath of office.

NAN reported that dignitaries, including Mr Obiano, were already seated when Mrs Obiano stepped in and moved to the front row where the widow of Mr Ojukwu was seated and slapped her.

The action drew the attention of security agents and some personalities who pulled Mrs Obiano off the hold of Mrs Ojukwu who was visibly shocked at the action.

Mrs Obiano was later taken away and shortly afterwards, her husband left the venue since the incident happened after the new governor had been sworn in.

Mr Soludo, alongside the Deputy Governor, Onyeka Ibezim, took their oath of office in a low-key ceremony.

The new governor, in his inaugural speech, vowed to change the economic fortunes of the state.

About 50 people only were invited for the event, amongst them were the National Chairman of the All Progressives Grand Alliance, Victor Oye and wife; Speaker of the Anambra State House of Assembly, Uchenna Okafor and wife.

Meanwhile, a lawmaker in Anambra, Timothy Ifedioranma, has advised the incoming governor of the state, Charles Soludo, not to repeat the mistakes of his predecessor.

Mr. Ifedioranma, who represents Njikoka State Constituency I in the Anambra House of Assembly, gave the advice on Thursday, shortly before Mr Soludo’s swearing-in, while assessing the performance of Mr Obiano’s administration.

The lawmaker, a member of the All Progressives Congress, said Mr Obiano had good intentions but that the actions behind the good intentions “were not properly carried out”.

He said Mr Obiano’s legacy projects were carried out at the expense of other sectors of the state.

“We are grateful for the International Airport, it has made travelling easy for residents but the fact is that the airport project crippled other sectors of the economy and state.

“An example is the state of our roads, they are in bad shape. Now we have an airport but we do not have a road to that airport.

“Another one is that we can have an international convention centre that is not of that magnitude and that will not gulp close to N10 billion.

“We can have 5,000 instead of the 10,000 seating capacity that was built, so that the funds can be channelled to other important projects.

“Governance is about the welfare and security of people. Obiano began well during his first tenure in the aspect of security but he ended poorly and somebody has to say it.

“If he had ended his administration in the first tenure, I would have scored his performance 80 per cent but his last tenure was a disaster. So many other sectors suffered because he was pursuing his legacy projects.

“So, I need to tell him the feelings of my constituents as an elected member of the state Assembly,” Mr Ifedioranma said.

“My advice to the incoming governor, Soludo, is that he should not make the same mistakes his predecessor made so that at the end of his tenure, he will be remembered for good,” he added.