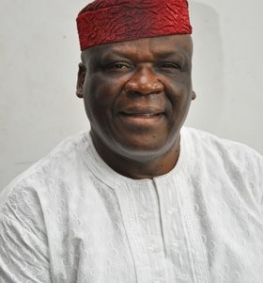 Member representing Orlu/Oru East/ Orsu federal constituency of Imo State at the House of Representatives, Hon. Jerry Alagboso, has come under intense pressure to dump the main opposition Peoples Democratic Party, PDP for the ruling All Progressive Congress, APC, in the state, according to a close PDP source.

The source which pleaded for anonymity told our Correspondent that the APC leadership in Imo State has been very worried and uncomfortable that Gov. Hope Uzodinma’s constituency is being represented by a member of the opposition.

” APC has vowed to woo Rep Alagboso over to the party at all cost”, the source said.

According to the source, the Imo APC has heavily mobilised a lobby group with the mandate to lure Alagboso over to the party as quickly as possible.

The source said the lobby group has been making some irresistible offers and exerting intense pressure on the lawmaker to defect to APC before the party’s national convention on March 26.

But the top PDP source vowed that the opposition party would vehemently resist any attempt to lure the only PDP lawmaker in the entire Orlu senatorial district out of the party.

READ MORE:  Odozio-Obodo 2023: I Shall End Marginalization, Relegation Of LG's, Villages, Clans... Says Rep Onuigbo .... As he Declares for Senate

The source however, advised the lawmaker not to fall for the APC trap, claiming that ” their real motive is to lure him into political wilderness”.

” How can APC that has brought nothing but pain and sorrow to Imo State be a party to attract any progressive?

“They will be disappointed because Nigerians know that there is no attraction in APC any more”, the source said.