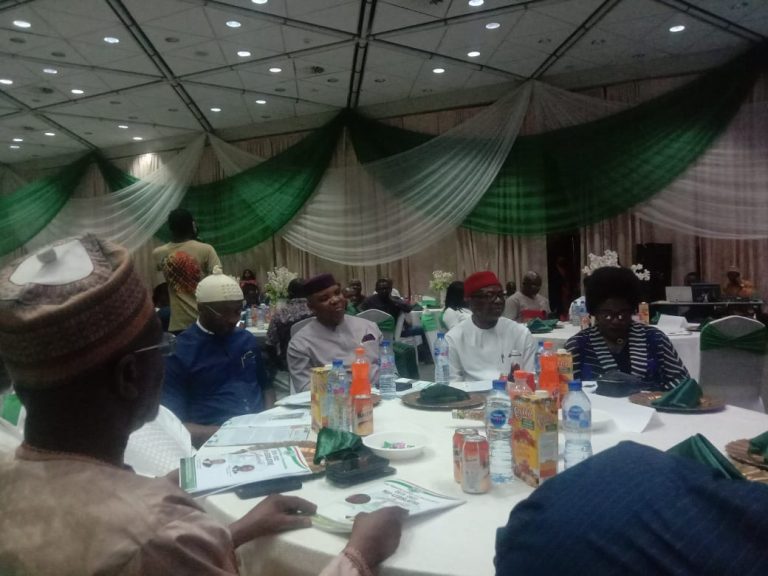 The organisers of the just concluded 2022 NUJ Legislative Award, which added to the numerous meritorious awards conferred on the the President of GLOBE, Nigeria and member representing Ikwuano/Umuahia North and South Federal Constituency of Abia, Rep. Sam Onuigbo, have said the recognition is an ignitor for more impacts.

It would recalled that Rep. Onuigbo, among other members of the Federal House of Representatives and Senators were on Thursday, March 24, honoured with Legislative Award organized by the Nigeria Union of Journalists, NUJ, Abuja. 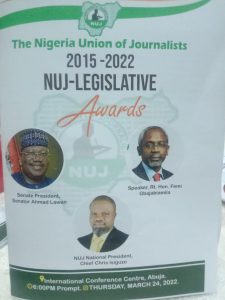 Speaking in an exclusive interview with Famousreporters.com, shortly after the epoch making event, Comrd. Amos Dunia, Chairman of Committee, NUJ Legislative Award, 2015-2022, stressed that the award was in recognition of their effective representation, as well as immense contributions to good governance.

“Out of 360 House of Representatives Members, we painstakingly went through all their achievements; that’s workshops, Constituency projects, oversight and so on and so forth of some of the House of Assembly Representatives and Senators pari-passu because it’s the two Chambers.”

According to the Committee Chairman and NUJ National Consultant, on Union and Political Matters, the award as bestowed upon Rt. Hon. Onuigbo who is the current Chairman of Climate Parliament, Nigeria is meritorious, following his landmark record of Constituency projects, as well as his Bills on Climate Change which remains ‘second to none’.

“His Climate Change on the floor is rated as his contribution on good governance and Aquatic and Environmental Protection.

Because he and his Manager have really done well in ensuring not just good governance but also, they’re working hard on this degradation issue, etc, that’s taking place in oil areas.”

“So, the award given to him was in recognition of his impactful contributions on the floor.

“We did not just wake up and decided to give him the award, because for every of the award, we debated intensely to ensure that the recipient merited it. It was debated alongside his colleagues who confirmed his effective representation and his counterparts.

Comrd. Dunia who maintained that the award should act as a catalyst to spark their zeal for more accomplishments, advised the Vice President of GLOBE, Africa and his counterparts to keep the light aglow thus fastening their belts for greater feats and ensure sustainability, while reminding them of the prying eyes of the public.

Adding, he said: “it’s not enough to get an award, but it’s more important for them to sustain it.

“They should keep the pace and ensure that they work harder to sustain this recognition and to know that Nigerians are watching.”

He recounted on the watchdog role of the Media in a society, reiterating that the Media, being the only arm of Government with the constitutional right to checkmate the activities of the Government, had scrutinized the awardees to ensure they were praiseworthy before issuance.

“Because we’re talking about the Media award and not just all these people that give award. No, we’re talking about the Media. You know why? Constitutionally, the Media is the only arm of Government that has the role to monitor governance. So, if the Media, as represented by the NUJ, which is the umbrella body of Journalists, assess you, it means that the assessment is so accurate and potent. So, all the recipients should work out to sustain it and ensure that they don’t let Nigerians down.

Meanwhile, he pointed out that Democracy would not survive without the presence of opposition, hence some of the awardees were members of the opposition party.

“Most times, you discover that, of you are talking about Democracy, without opposition, you cannot have real, genuine democracy. Some of the persons who were honoured were from from the opposition party”, he explained.