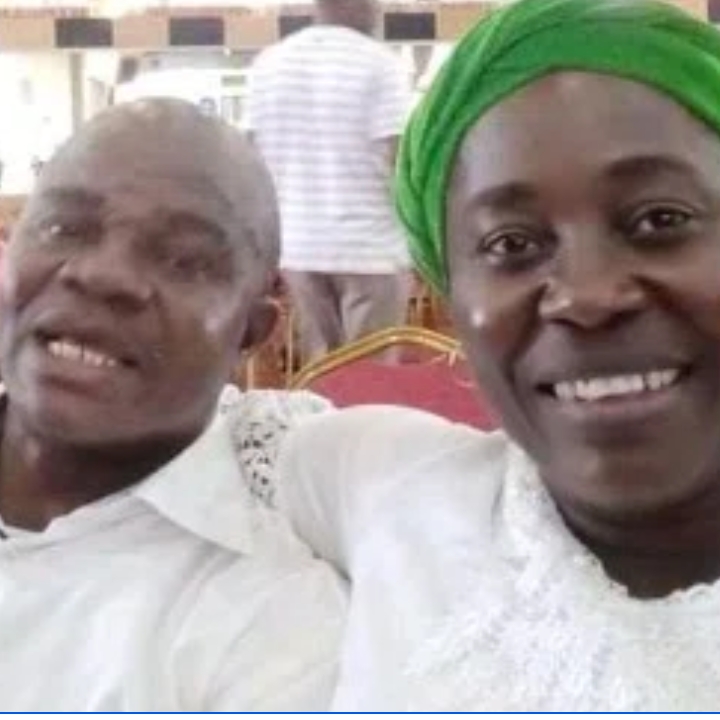 Mr. Peter Nwanchukwu (aka. Pastor Peter) the arrested husband of late Osinachi Nwanchukwu has polluted the mind of the children. Telling them beating women is good.

In a chat with the first born, the boy gave the graphic ordeal his mom has been going thru with his dad and how he beats her up in any little argument. He said, my dad pushed my mom out of the car at night after Wednesday service and bad boys snatched my mom bag that night, how mom got home that night we can’t tell because dad left her.

Minister osinachi Nwachukwu and kidsPeople dashed my mom two cars (pointing at the cars outside) but dad at times will say my mom should take bike while we go in the car. Even when we are coming back from church my mom will stand under the sun, we will drive past her and wave at her.

My dad told us that beating women is good. My mom always keep quiet for my daddy and she always forgive, now she is d**d. But we are happy that dad has been arrested because he shout at us and beat us too.

“I AM INNOCENT” OSINACHI’S HUSBAND, PETER NWACHUKWU, FINALLY TELLS HIS SIDE OF THE STORY FROM POLICE CUSTODY

Mr Peter Nwachukwu, who has made headlines for days now for allegedly beating his wife and popular gospel singer, Osinachi Nwachukwu to death, has denied the wife battery and assault allegations levelled against him.

Speaking from police custody, Peter Nwachukwu said his late wife had been ill since November last year. He said he first took her to Federal Medical Center (FMC), later to Gwagwalada General hospital, and then to National hospital, where she finally died. He, however, failed to disclose the nature of her illness.

At about 11a.m on Monday, April 11, 2021, Mr Nwachukwu was handcuffed and escorted into the police van stationed in front of the Lugbe police station in Abuja.

The police said they were driving him to their house to provide evidence of the hospitals he claimed to have taken his deceased wife to for treatment.

Meanwhile, an autopsy has now been carried out on the famous Nigerian gospel musician Osinachi Nwachukwu’s corpse to ascertain the real cause of her death. The autopsy became necessary after the late singer’s husband, alleged to have been responsible for her death, denied any wrongdoing.

While the police awaits the autopsy test results, Mr Nwachukwu has been transferred to the force headquarters in Abuja for further interrogations.

Late Osinachi was a lead singer at the Dunamis International Gospel Centre.

Kemi Filani recalls that the deceased older sister, Favour Made, alleged that her sister’s husband, Peter Nwachukwu, was responsible for her death in an interview with the Vanguard.

Mrs Made said her sister’s death was from a cluster of blood gathered in the deceased’s chest due to her husband, who allegedly kicked her recently.

She also dismissed claims that the deceased died of cancer, adding that she had always been a victim of abuse from her husband.

However, close friends and associates have suggested that her violent union led to her untimely death.

They also accused the Ekwueme crooner’s husband of constantly molesting and beating her..