2023: I Will Reclaim Abia- Oriaku Says Abia Not Beyond Repair 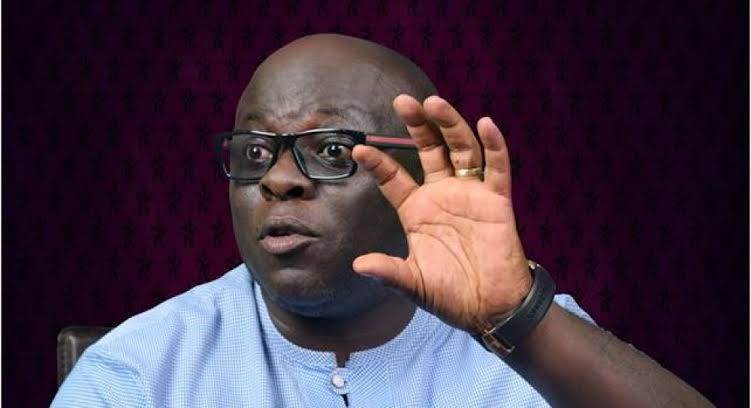 2023: I Will Reclaim Abia- Oriaku
Says Abia Not Beyond Repair

Hon. Obinna Oriaku, a former former Commissioner of Finance, Abia State Government has pledged to ensure an Abia that would be devoid o clannish and primordial sentiments, if elected as the Governor.

A former Commissioner of Finance in Abia State, Mr Obinna Oriaku has joined the Abia Governorship race under the All Progressive Congress APC, declaring that Abia State is not beyond redemption.

Oriaku who declared his interest to run for the Governorship seat, today, Tuesday, at his residence in Owerrinta, Isiala Ngwa LGA of the state, insisted that Abia remained redeemable.

He revealed that Abia under his watch, will not promote ethnic divisions, but will be one indivisible State where the citizenry will share common values and relegate to the background, parochialism and unnecessary sentiments that have held sway for years.

Oriaku pledged to ensure that everyone’s voice is heard. “We will change the paradigm and rejig both our cultural and social values and it is not in doubt if Obinna has the wherewithal to achieve it, my antecedents will speak for me”.

He said his administration will be run with honesty, sincerity of purpose, adding that with him, Abia shall be great while soliciting the support of all Abians to enable him take decision to enthrone a sincere and passionate leader come 2023.

Oriaku who recalled how he initiated reforms on Civil service; Judiciary; Procurement reforms; Local government system reforms, State owned parastarals reforms like ABSUTH, Abia Poly, HMB among others, pointed out that most of these reforms have capacity of repositioning Abia for growth and development but have remained unimplemented till date.

Oriaku also promised to facilitate sustainable, enduring and people oriented programmes and policies that will touch the lives of Abians in general.

He said his own kind of opposition politics, is for all irrespective of party affiliation, to come together and liberate the State from bad leadership that has cost Abia her development all these years, adding that he doesn’t believe in criticising party in power but engages in constructive criticism on how to make things work.

Oriaku reeled out his achievements while in office, stressing that his records are still intact and speak for him, reiterating that there were a whole lot of government interventions, revealing that things have worsened in the state which was never before under his watch as Abia Finance Commissioner.

He said he has pledged to support the governorship ambition of any of the aspirants in the APC, expressing optimism that come 2023, APC will produce the next Governor of the State.

Correspondent reports that the occasion attracted APC faithful both at ward, LG and State level including : Bar Chibuike Nwokougwu, Bar Nnaemeka Otagburuagu among other dignitaries.