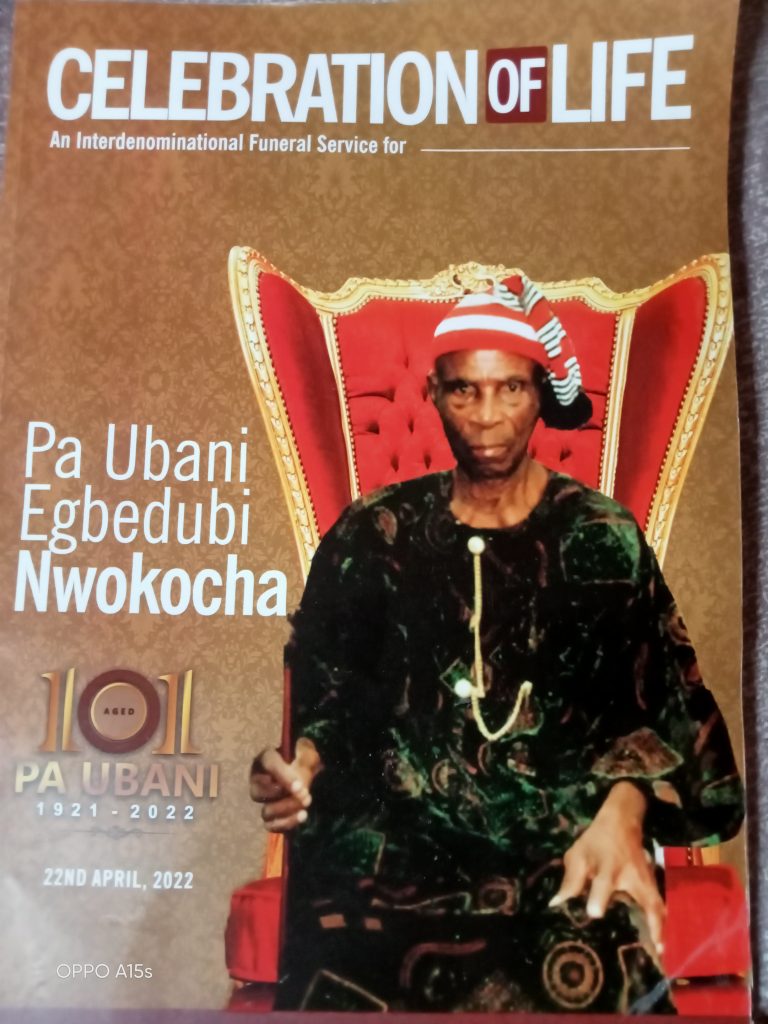 LOVE OF A CHILD

Left to me, Egoro Oti, Paa Ukwu, Egbedubi, my great father should have lived forever. | didn’t believe that he would die soon. Soon at 101 years? I refuse to accuse any imaginary enemy as being responsible for this death. My father died at a ripe old age. This is true!

My father epitomized peace, philanthropy and love for the people around him. 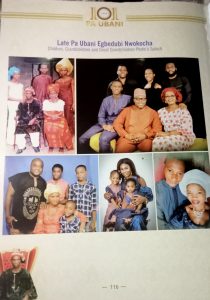 | was constantly thrashed thoroughly by him while growing up whenever I strayed from the path of rectitude. Initially, | thought that he must have hated me. On hindsight, it was a sign of love, to ensure that | grew up a better man, father anda son, especially being the only son. When | grew up and realised the reason for the constant whipp ng, redirected my energy towards appreciating my father the more.

When I left him to live on my own after graduation from the university, | made sure | visited him every weekend at Opebi in Ikeja where he lived for many years – unless | was out of town. Those visits earned me bountiful prayer sessions bestowed on my head. He never hesitated to pray for me at every given opportunity.

What usually precipitated these torrents of prayer points was that my father characteristically appreciated the little | usually offered him whenever | visited. He was easily contented. St. Paul in 1st Timothy Chapter 6, verse 6-9 asserts that “Contentment with godliness is a Great gain. For we brought nothing into the world, and we can take nothing out of it”.

I’m the only child, my elderly sister having died some years ago. My testimonies are many.

Six years ago, |, my wife and children decided that his later years of life should be under our roof. He deserved it. What is more, his wife was already with us in the Magodo part of Lagos where we live.

It was not easy convincing him to relocate to our home, but he eventually did! And we enjoyed every bit of his stay with us till he passed on precisely on the 3rd January, 2022. No doubt, there were times of stress, even inconvenience; but for God’s sake, that is the inconvenience of a father at an old age. We cherished it. We shall all get old like him, and so it was fun taking care of his daily needs and ‘hassles.’ God bless my wife and Amaka, my niece who did all the caring and endured sleepless nights attending to his needs.

Unknown to me, my father told Amaka, my niece on 31st December, 2021 that he wanted to go home. He was aware that home is set. This message was relayed to me on 4th January, 2022 after he passed on 3rd of January! Indeed, he has really gone to a home better than any mansion man can build. The Bible says that eyes have not seen, ears have not heard, neither has it entered into the heart of men what God, the owner of heaven and earth has prepared for those who love him and who love His appearing.

READ MORE:  All All Round Big Hope for Prof. Gregory Ibe's INNOV 8 HUB

Characteristically, my dad died peacefully neve was no emergency, no huge media bills or terrible happenstance happenstance that often characte ze certam deaths. No, his was a smooth and peacetu transition. i was the first to touch hem and ask whether he was still alive and breathing. My doctor and my wife deceived me into beliewing that he was still alive, but alas, he WAS GONE FOR GOOD. WE SHALL MEET AGAIN, PAA UKWU. ADIEU EGORO! We shall meet to part no more. My greatest joy is that you did not die without confessing and accepting Jesus Christ into your iife as a personal saviour. From my limited knowledge | can boldly say, YOU MADE IT!

THE RACE NOT FOR THE STRONG

The race is on for those of us who are still living. Our prayer is that we shall neither fear nor fail. Solomon declared in Proverbs Chapter 9 verse 11: “i have seen something else under the sun: the race is not to the swift or the battle to the strong, nor does food come to the wise or wealth to the brillant or favour to the learned, but time and chance happen to them all.” Good Lord, we heard you loud and clear! May we finish faithfully and strongly, too. Rest in Peace, Paa Ukwu, as some call you. Egoro Oti, as I fondly call you, sleep on, Sir. We shall join you after many more years of sojourn here than you, Amen. Dr. M. O. Ubani Son. 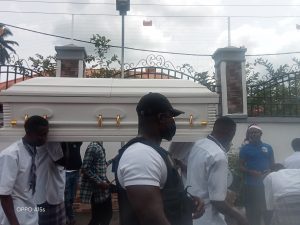