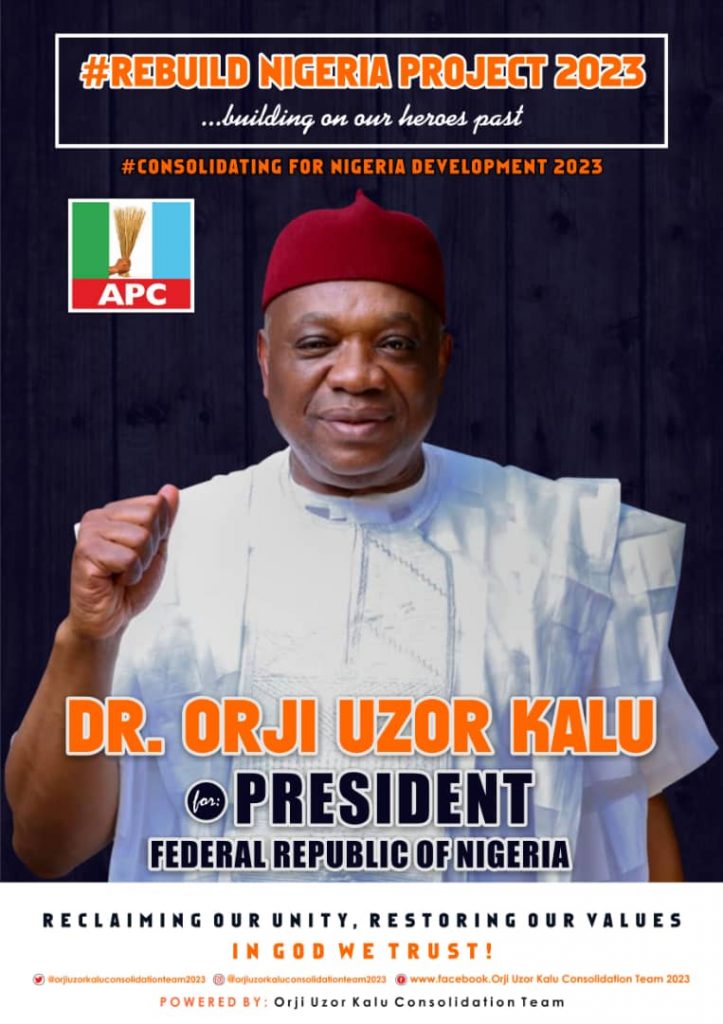 Chief Whip of the Senate, Senator Orji Uzor Kalu has called on Nigerians to vote for a President in 2023 who has what it takes to revive the economy and restore security across the country, noting that these should be the two major focal points.

According to the former Abia governor, the office of the Nigerian President is about individuals who have the capacity to effectively manage human and material resources and all spheres of individuals. Fielding questions from newsmen at the National Assembly complex on the state of the nation, the Abia North Senator insisted that capacity and competence should be the yardstick to measure the next president who will take over the affairs of the country in 2023.

He expressed optimism that Nigeria will surmount its current challenges if a credible leader is elected devoid of ethnic or tribal sentiment.