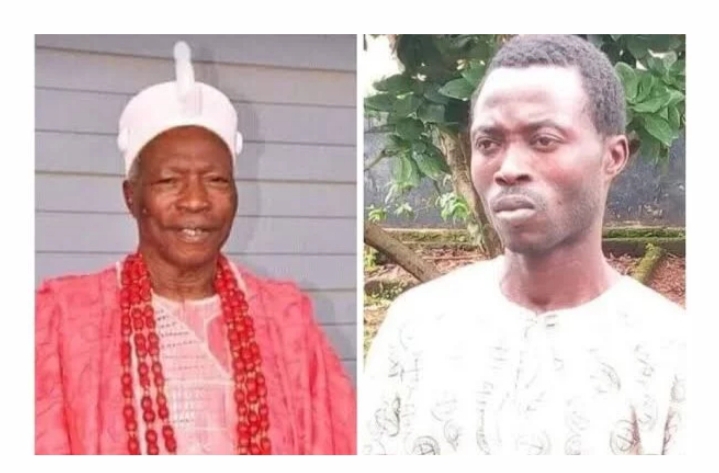 Ekiti State High Court sitting in Ado Ekiti has sentenced a 42-year-old prince, Ademola Omoniyi , to death by hanging for killing the traditional ruler of his community.

He was arraigned on one count of murder contrary to Section 316 and punishable under Section 319 of the Criminal Code, Cap. C16, Laws of Ekiti State of Nigeria, 2012.

The charge read, “Ademola Stephen Omoniyi on August 20, 2018, at Odo Oro Ekiti in the Ikole Ekiti Judicial Division, murdered His Royal Majesty, Oba Gbadebo Ibitoye Olowoselu ll, the Onise of Odo Oro Ekiti in the Ikole Local Government Area of Ekiti State.”
A chief who testified before the court said, “We were at the palace on that day for the Onise-in-Council meeting around 7am. Before the commencement of the meeting, Ademola Omoniyi entered the palace and sat on kabiyesi’s seat, but the chiefs frowned on his action and drove him away.
“After the meeting, the late Onise, in the company of his male clerk, was trekking back to the main palace when Ademola came out of his hiding and attacked kabiyesi with a knife on the road and stabbed him to death. Before that day, he had been parading himself as the king of the town.”
To prove his case, the state counsel, Adegboyega Morakinyo, called five witnesses and tendered a medical report, statements of the convict, a knife and a rope, among others, as exhibits, while the convict spoke through his counsel, Tope Salami, and called no witness.

In his judgment, Justice Olukayode Ogundana dispelled the claim that the defendant was insane.

“Consequently, the defendant, Omoniyi Ademola Stephen, is hereby sentenced to death and shall be hanged until he breathes his last,” the judge added.