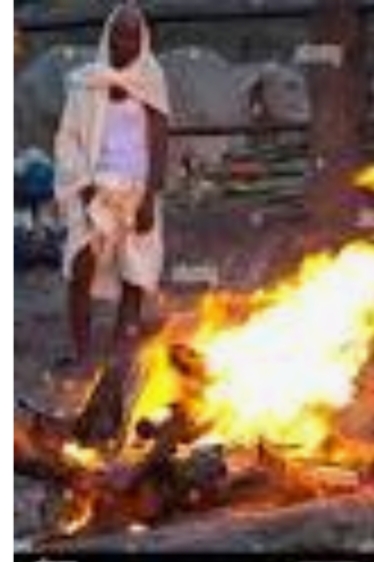 Husband, 72, finally cremates wife’s body after sharing a room with the corpse for 21 yearscremated

Husband, 72, finally cremates body of his wife after sharing a room with the corpse for 21 YEARS in Bangkok

The ex-medic in Royal Thai Army asked charity workers to finally remove it Mr. Janwatchakal in tears as they transferred her body to a new coffin on Apr 30, 2023, Dailymail reports.

An elderly Thai man who kept the body of his dead wife in a coffin for 21 years in the room where he slept has finally bid farewell after her remains were removed to be cremated.

Distressing video shows the moment Charn Janwatchakal, 72, watches on as charity workers retrieve the rotting coffin from the dingy space, surrounded by plastic bags and other rubbish in the Bang Khen district of Bangkok.

Mr Janwatchakal, a former medic in the Royal Thai Army, had requested the assistance of the Phet Kasem Bangkok Foundation to cremate his wife, who died from a congenital disease in 2001.

Ugboaja’s Legacies Shall Endure, Says Rep. Onuigbo *As he condoles with deceased’s family