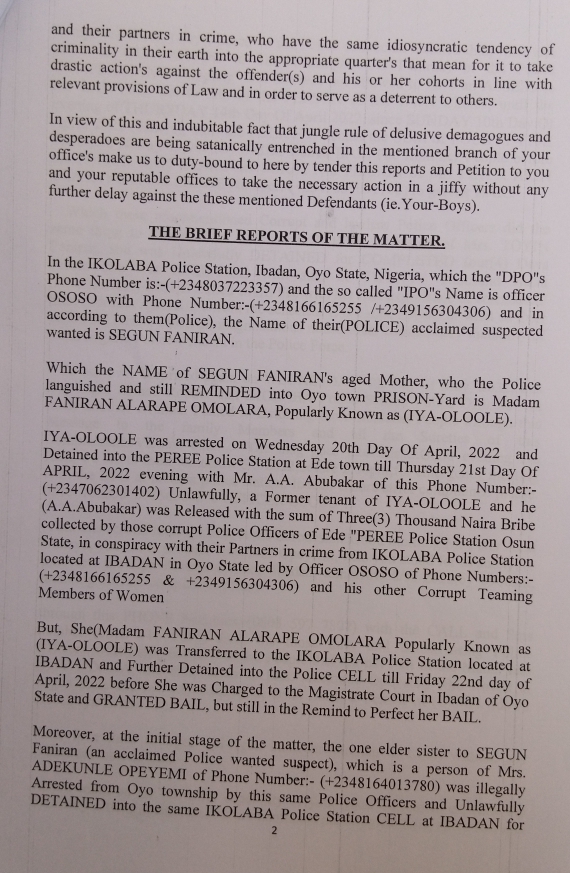 …As CHRSJ drags Oyo DPO before Police authority, others over illegal detention, extortion

State Police Command still continues till recent time, a human rights activist, Comrade Adeniyi Alimi Sulaiman has reiterated the call for “immediate removal” of the State Commissioner of Police, Mr. Olawale Toheed Olokode:-(+2348033181456), saying that the crime rates in the State has been in geometrical progression since deployment of Olokode to head the State Police Command.

Meanwhile, the rights group have dragged Oyo State Divisional Police Officer(DPO), a Person of Akanle Adegoke Rufus (CSP) with Phone N0:-(+2348037223357), in charge of Ikolaba Divisional Police Station, Ibadan and Investigation Police Officer (Esoso-Esoso) with phone number:-(+234 8166165255 & +2349156304306), before Police authorities and others in the land over illegal arrest and extortion.

Police in the Station stated that an unknown company reported a matter to them that they were looking for one Segun Faniran who was one of their drivers in the company and allegedly absconded with thier vehicle.

The Police began to arrest no fewer than four persons unknown to the subject matter by beginning to extort them with the collection of sum of One Hundred and Thirty-Three Thousand naira(N133,000) for bail application fees.

Among those arrested illegally and detained at Division “A” Police Station, Pere, Ede, Osun State were; Mr. A.A.Abubakar(+2347062301402), and Madam Faniran Alarape Omolara(Iya-Oloole), adding that Abubakar was a former tenant to Madam Faniran Alarape in Ede, arrested on Wednesday 20th day of April, 2022 but released in the evening of Thursday 21st day of April, 2022 after making the payment of Three Thousand Naira (N3,000), while Madam Faniran Alarape were transferred to the Ikolaba Divisional Police Station in Ibadan where she was arraigned before Magistrate Court located at Ibadan less City Magistrate District, around Ibadan North/East Local Government, along Iwo Road,(BARRACK AREA), Ibadan, Oyo State of Nigeria illegally without the Knowledge of her(Victim) family members, not to talk of any legal Practitioner’s and she has been remanded into the Correctional Centre (Prison) at Abolongo via Oyo Town till the time of filling this report, which the said matter will come up on Thursday 12th day of May, 2022.

They initially arrested Faniran Segun’s Elder sister, *Mrs Opeyemi Adekunle(+234 8164013780)* who lives in Saki town and knew nothing about the company her younger brother was working with but made to cough out Ninety – five Thousand Naira for bail for five(5) days of illegal arrest and detention, the Police claimed that Mrs. Adekunle was guarantor for her younger brother which she never did, even, she did not know where her brother was working not to talk of being a guarantor to him, adding that Mrs. Adekunle was not released until they collected another sum of Fourty- Five Thousand Naira (N45,000) from her surety in person of Mr. Peter Akin Olatayo (+2347035091702) as bail fee.

It stated that the Ikolaba Divisional Police Station also arrested the wife of Segun Faniran, Mrs. Toyin Faniran and collected sum of Twenty Thousand Naira (N20,000) before she was released from police custody after four (4) days of illegal arrest.

CHRSJ added that the family of Segun Faniran has paid sum of Twenty- Five Thousand Naira (N25,000) to the same DPO of Ikolaba Divisional Police Station for tracking of the run away Segun Faniran and the alleged Company Vehicle and the Police failed to do so but now turned the family to conduit pipe which they could be extorted at Will.

The CHRSJ further alleged that the DPO and the IPO with a woman Police took their bribe collection to the next level by sending different messages to Mrs. Adekunle, Segun’s

to their level of involvement in the incessant extra-judicial killings of innocent Nigerians in the State.

Sulaiman alleged that Police rank and file under the Command also involved in landlord/tenancy matter, Pre-paid meter issue and collection of debt and other unthinkable matters which was never be part of their responsibility.

Sulaiman, who is Executive Chairman, Centre for Human Rights and Social Justice(CHRSJ), applauded the members of the Civil Societies

Organization(CSO) that took to the street recently to seek redress

killings of the men of Nigeria Police Force(NPF) in the State,

Recalled that *many innocent citizens have been the victims of Police EXTRA-Judicial killings since assumption of office of the present Police boss in Osun State*, citing for instance, a *business man, Abiola Olamide Afolabi, were allegedly shot in the leg at his friend’s house in the early hours of Monday, April 4th, 2022 by policemen and the man eventually died, barely a week after the death of” Abiola Afolabi, another youth in Ile-Ife, Olufemi Oriyomi, died in police illegal detention where he was detained illegally and on 3rd Day of December, 2021*,

a Policeman, called *Sergeant Moses Samuel alongside his colleagues, had allegedly hit the innocent driver, Mallam Kabiru Babai with a shovel before shooting him in the chest with a pistol*.

He added that *a Cousin of an Osun monarch, Prince Saheed Olabomi was shot dead by a trigger happy Police Officer, called Sergeant Adamu Garauba on July 27th, 2021, during the gridlock at the Oke-Oniti area of Osogbo, the State capital*.

Speaking further on the issue on Saturday through a signed Press

Statement, Sulaiman who called on the Inspector General of Police(IGP), the Chairman, Police Service Commission(PSC) and Minister of Police Affairs, to take immediate necessary action by *removing CP Olawale Olokode without further delaying and also ensuring that those officers involved in the extra-judicial killings be brought to justice*.

In another related development, *he urged the authority of Department of State Services to fish out its officer identified as Bamidele aka Aji, who shot dead a 21-year-old, one Temitope on October 6th 2021, when some “DSS” operatives raided his house in Owode-Ede area of the State*.

Sulaiman, who doubles as convener, Save Lagos Group(SLG), commended 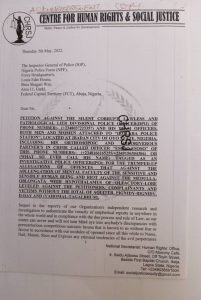 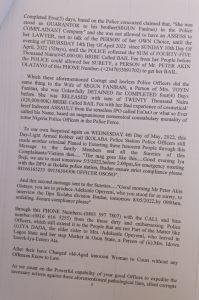 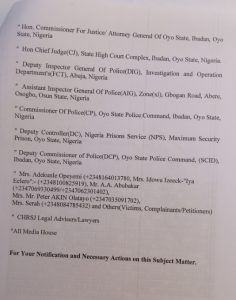 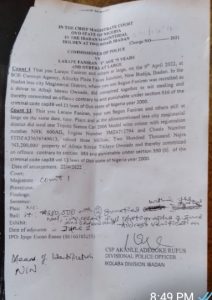