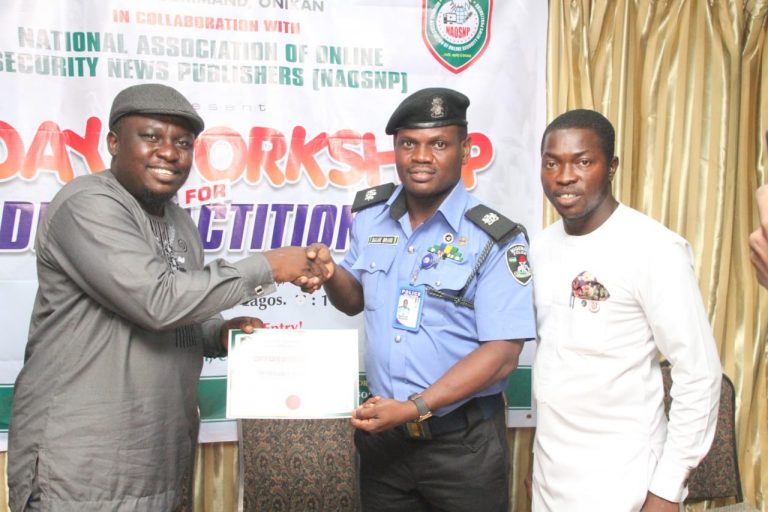 Stakeholders in the security sector have urged journalists to always protect the interest and security of the nation when writing stories on security.

The stakeholders made the appeal Wednesday, during a one-day workshop organised for media practitioners on security organised by National Association of Online Security News Publishers in Lagos, in conjunction the Nigeria Police, zone 2, Lagos State.

“Journalists should think about the interest of the nation first before reporting security issues as negative reports can chase away foreign investors.

“Many countries pray and bless their nations on a daily basis, Nigerians too should imbibe the culture.”
He said that despite serving the nation selflessly, some media organisations were fond of reporting the activities of security agencies in a negative way.

“Journalists should stop denting the image of security agencies, we go to crime scenes to ensure we save lives, property and also restore peace but what do we get in returning negativity.
“We are fighting complex security in a complex society,” he said.
Abolurin said that caution was needed in a case that can damage or affect the nation’s security.

“Take caution when reporting security issues, think of the collective interest rather than that of the individual, do not go for glamour and glory at the detriment of the nation’s security.
“Cases or events that will tarnish security of the country can be suppressed.
“If the nation burns, everybody will be affected; what we need more is collaboration, abd collective cooperation for the greater good of the nation,” he added.
The PRO urged journalists to avoid fake news but be objective and fair in news writing.

Also, the Assistant Director, Army Public Relations Officer, Ikeja, Lagos, Maj. AK Bello, encouraged journalists to be proactive and avoid tarnishing the image of the nation.
“Treat this nation well, the way you treat your country will also be the way other countries will treat her,” he said
He advised journalists to investigate issues properly before reporting them for public consumption.

“Verify issues before publishing them and always put the interest of the nation first. Preach the true gospel about a particular issue so that what you do will justify the end,” he said.

A security expert, Mr Matthew Ibadin of Badinson Security Service, said that the issue of security should be paramount among the citizens.

“When any member of our security agencies misbehaves, instead of publishing it online, report to the head of the agency concerned directly.

“Our security agents are not from the moon, they are also human, these are the people who protect our lives and property.
“Other countries publish what they want the people to hear, please do not destroy the image of our country by writing negative stories about her.

“There must be a collective effort, we do not have any other country, crimes happen in other countries too. 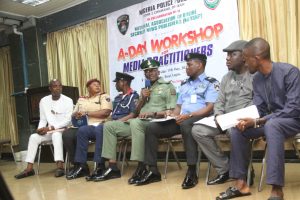 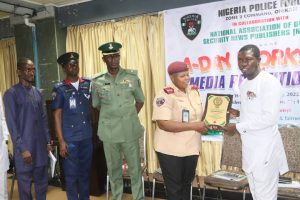 “Journalists should use their writings to promote peace and good image of the country. Criticism is good but must be constructive, the government is also trying its best.
“You can use your pen to ask our leaders and politicians why they and their families go to schools and hospitals abroad,” he said. 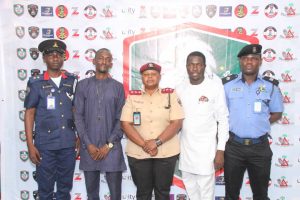 “Instead of pushing out negative stories about us, use your initiative, just identify the vehicle body code, the location and time the officer misbehaved. With that, we can track the officer and punish him or her,” she said.
She said that the agency was trying it best to reduce road accidents.

In his welcome address, President of the National Association of Online Security News Publishers, NAOSNP, Samson Oki noted that reporting security issues is a critical aspect of journalism that required tutorial and patriotism.

He pointed out that the workshop was organized to help media practitioners in the security sector sharpen their skill in the act of security reporting.