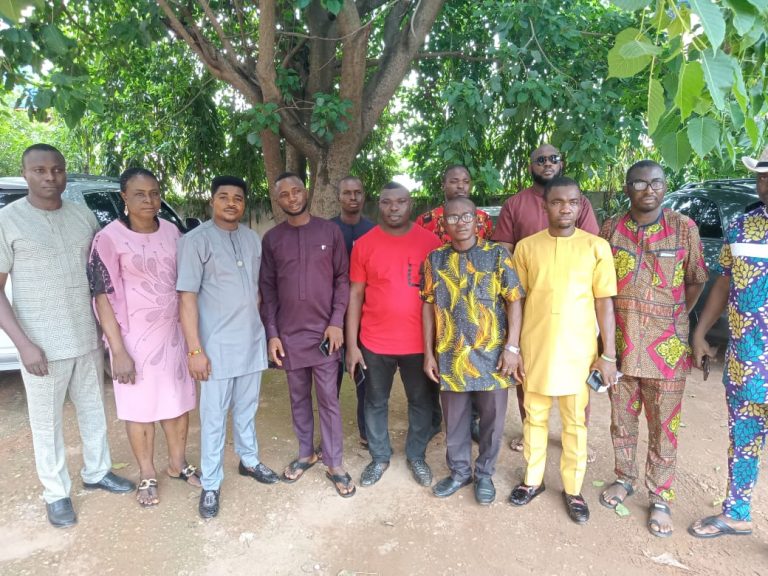 Over 25 APC aspirants for Ebonyi State House of Assembly, have petitioned the National leadership and stakeholders of their party to intervene over the alleged refusal by the state party leadership to screen them as directed by their National Secretariat, Abuja.

Briefing journalist at Abakaliki, the group expressed the regret that the state Chairman of the party, Stanley Okoro Emegha, had allegedly made himself incommunicado just in a bid to scuttle their chance of being screened against the forthcoming elections after purchasing their expression of interest and nomination forms.

The group noted that several calls and text messages were on both Saturday and Sunday sent across to the state party chairman requesting an audience as the House Assembly aspirants of the party but none of them got any positive response from him.

The group also expressed the regret that after purchasing the forms at the party national secretariat, for having been earlier denied at the state party secretariat, they were mandated to pay a sum of N900,000 as an administrative fee to the party in the state.

The Spokesman of the group, Barrister Chukwuoji Igodo, the State House Aspirant from the Ivo constituency, stated that while N200,000 is said to be internal revenue for the party, N200,000 served as the local government administrative fee and another N500, 000 making it a total of N900,000, for the state clearances.

He explained that some aspirants who had before now paid the N900,000 were likewise denied clearance forms.

The group alleged that the activities of the State APC Chairman and Governor David Umahi have been sabotaging the efforts of the national leadership of the party, as the duo had allegedly sidelined the old APC members in Ebonyi regardless of their effort to ensure the party return victory at 2023 polls.

The spokesperson explained: “The issue we are having started when our party, APC announced the sale of forms for the House of Assembly, we approached the party to purchase our forms here in Ebonyi State. And they didn’t give us any answer thereby refusing to sell the forms to us. We went to Abuja and bought our forms, since it is allowed by the party rules, we filled our forms there, and submitted them.

“This is time for screening, which was supposed to be yesterday, 14th May 2022, and now nobody even the State Chairman has come to address us about the screening.

“So, going into the chronology, you can see that the party leadership here in Ebonyi is not treating us fairly. We’ve told them that the party would respond to the 24 aspirants for the State House, whom it sold the forms, which is very unfair to us.

“We are saying that the chairman of our party has aligned himself with certain members of the party, instead of being the chairman for everybody, which is very unfair. We also want the world to know that APC in Ebonyi is sabotaging the effort of the national leadership of the party, and it’s a very great betrayal to some of us. It’s our prayer that the national Secretariat listens to us by sending a screening panel to us, a special panel for the primaries, and also a special panel for the local government congresses that will be soon held.

“The issue of the clearance, they told us we have to pay the N200,000 for IGR, N200,000 for LGA clearance and N500,000 for the state clearance and that’s outside the N2million the party charges for the forms and we are saying it’s not the part of the part rules. What about the checklists the party gave us while filing the forms? That’s why we called the National to come and look into what is happening in Ebonyi before it will get out of hand. The chairman of the party and the governor of the state are causing a lot of crises and this is sabotaging the effort of the national leadership of our great party, APC.”

Lending his voice, Barr. Leonard N. Igboke, an aspirant for thr Ezza North West State Constituency noted that since the 25 aspirants are bonafide members of the party, and for having met all the requirements as mandated by the party’s national leadership, should be given a level playground, thereby getting them screened and if not, they would challenge the denial with legal action.

He also explained: “We spoke to virtually every member of our State Working Committee, except the chairman who made himself, incommunicado, inaccessible, because in all the attempts to see the chairman, he became a spirit and none of us, did see him. He refused to answer calls and our text messages sent to him, have not yet been responded till now.

“We have gone to the party Secretariat for the screening exercise but the office is under locking. So, the party at the national should kindly intervene because the party must send somebody from Abuja to come and screen us. After all, we heard the Chairman boasted that he will only screen the 24 anointed aspirants for the state House by his big boss in consideration for them, by following him to join our party APC from the PDP. Those of us, who were old members of the party have been sidelined, none of us is a member of the local government or state executives now and what the governor is planning is to shut us out completely from the party umbrella.”

On a phone call clarification from the State APC Chairman, Stanley Okoro Emegha told journalists that the national secretariat of the party has not yet inaugurated the screening committee and wondered how people go about complaining against his leadership.

He, therefore, assured all the members of the party in the state, especially the aspirants an equal treatment without fear or favour while in office.