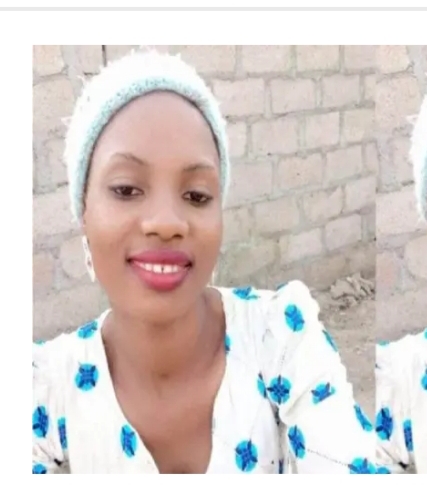 The gruesome murder of Miss Deborah Samuel over alleged blasphemy has inarguably elicited so much reactions from the  internet, as many, some of who are prominent Islamic leaders, Human Rights Organisations, Christian and non-religious organisations have, amidst bitterness, frowned totally at the awful incident.

Similarly, Foundation For Environmental Rights,Advocacy & Development(FENRAD), a Human Rights Advocacy has condemned the horrible act and at the same time, commended the various individuals and groups for criticising same inspite of religious affiliations.

FENRAD, in a statement issued to Famous.reporters.com stated pointed that, “The best religion is loving and tolerating others as the Holy Books have enjoined adherents of Abrahamic faiths to do, with respect for the sanctity of human life which is universal.”

While reiterating the importance of a cordial relationship among worshippers of various religions, FENRAD, like other critics, charged  Muslim worshippers to desist from taking the lives of others on the basis of blasphemy, whatsoever.

The body also imploredthe security agency to ensure the arrest and prosection of the culprits.

The statement read in full:

Having for days observed and followed the development leading to and following the death of Miss Deborah Samuel, a second-year undergraduate student of Shehu Shagari College of Education, Sokoto State, by a religious mob following perceived blasphemy, FENRAD condemns the gruesome murder of the slain lady, the unprovoked wanton attacks on churches, a hospital and as well as the looting and burning of businesses and shops belonging to Nigerians of southern extraction, mostly the Igbo, in Sokoto State.

FENRAD wishes to commend people of goodwill who, regardless of religious views, spoke up in fierce condemnation of the barbaric murder. Religion is made to be used by man as man was not made to be used by religion, the Foundation says. The best religion is loving and tolerating others as the Holy Books have enjoined adherents of Abrahamic faiths to do, with respect for the sanctity of human life which is universal.

However, given different interpretations of religious texts, many are wont to take the laws into their own hands in any provocation by people outside their faith in a presumed “secular state.” This is not only distasteful but could equally make such such religion like Islam, which advocates love, pale in comparison with other religions or even less appealing as many clerics and sheiks had rightly said.

In the order of things, life is paramount and constitutes one of the natural (divine) rights which shall not be taken away except where there are established breaches which must be known to and recognised by the law to have existed. Nigeria, it should be known, is a secular state – as enshrined in section 10 of the 1999 constitution, as amended. The extension of Sharia code, which by the 1999 constitution was no more than a personal status issue, to cover criminal laws first in the state of Zamfara and then other states in the year 2000 began what we have today in that Sharia now operates in 12 northern states!

FENRAD affirms that senseless killings such as that of Deborah puts paid to the secular claim and democratic assumptions of the 1999 constitution, as amended. Even though the constitution, in section 275, allows Sharia courts to exist, such existence is still limited to and does not supersede the constitution which is the source of the same Sharia law. What we are seeing play out in northern Nigeria is a case where religious and regional laws override the national. Having stated this, FENRAD calls on the federal lawmakers to do the needful by strengthening the constitution with amendment that addresses issues like this.

Peace and tolerance are vital in a multi-ethnic state like Nigeria with well over 250 spoken languages and 400 ethnic groups all having disparate cultures. Extremism and radical fundamentalism will never result in a win-win outcome in a country that has no place in its laws for state religion.

FENRAD calls on the security agencies, who have arrested two persons from the mob that killed Deborah Samuel, to go one better by ensuring prosecution of those in detention, as well as using the so-called class WhatsApp group chat where the entire incident played out to investigate the whole matter. It is quite a shame that many aspirants – especially the presidential hopefuls – have remained tight-lipped, deleted tweets and looked the other way while the nation burned. The fact that they have nothing to tell Nigerians who are being divided by religion at a time like this establishes the point that they are not there for Nigerians nor are they there for Nigeria. Many even know where their bread is buttered and instigate violence in one way or the other – conspiracy of the elite!

The adherents of Islam who kill in the name of faith or for the prophet (PBUH) fail to see reason in what the prophet meant when he said, “To you be your religion, to me be mine.” FENRAD urges the federal government, the only government in charge of national security, to restore calm in affected parts of the North as arson, looting and lynching could run amok in majority of the states therein triggering equal reaction in the South – a scenario which does not bode well for the nation in a time like this.

FENRAD urges all religious stakeholders and leaders across the board to pursue dialogue, rein in their followers and see a way out as conflict the size we are seeing could implode the nation itself. The managers of national affairs should be wary of what is brewing following the death of Deborah.