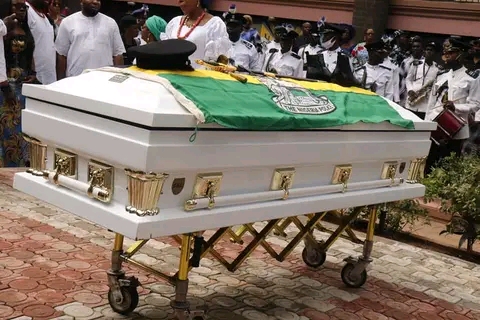 The remains of a former Deputy Inspector General of Police (DIG), in charge of the Nigerian Force Intelligence Bureau (FIB), 6 Joseph Egbunike, have been laid to rest in his home town Onitsha Anambra State.

The funeral ceremony of the late Police Officer, saw a large number of dignitaries in attendance, who came to condole with the family of the deceased. 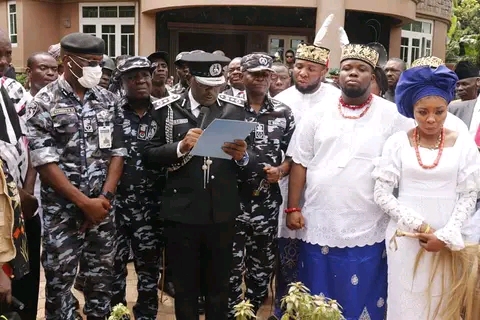 The late DIG Egbunike was described as a thorough bred Police Officer, who exhibited patriotism, while in service to the nation.

The late Police Officer rose through the ranks, thereby becoming Head of the Police Finance Department, and served as the DIG over-seeing the South East Geo political zone of the country.

Anambra State Governor Professor Chukwuma Charles Soludo, described the passage of the late DIG of Police, as a monumental loss to the nation, the people of Anambra State and the Nigeria Police Force.

The Governor commiserated with the Inspector General of Police, Usman Baba Alkali, the Police Command, and the people of Onitsha over the incident, while praying for the repose of his soul.

The body of late DIG Joseph Egbunike, was conveyed in an impressive motor cade, by the Apams Funeral Limited, before it was committed to mother earth, amid eulogy and funeral farewell songs, by relations of the deceased, friends and well-wishers of the Egbunike family.

The late DIG Joseph Egbunike is survived by wife and children.

He was until his death, the highest ranking Igbo officer, in the Nigeria Police Force. 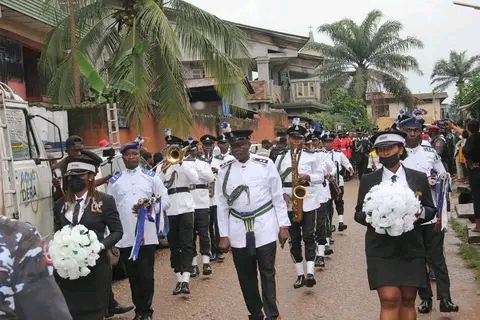