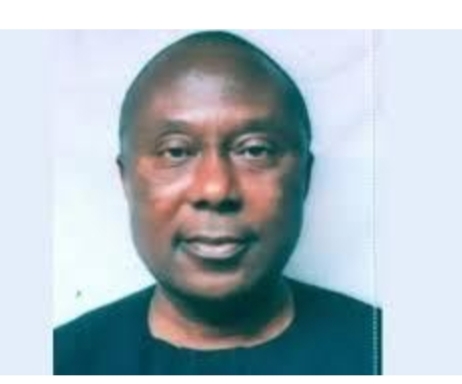 The Igbo socio-cultural apex youth group of Ohanaeze Ndigbo Worldwide, Ohanaeze Youth Council has reacted to the appointment of Mr Chukwunyere Anamekwe Nwabuoku, a native of Umuezeala Nsu, in Ehime Mbano LGA of Imo State as the Acting Accountant General of the Federation.

This is following the suspension of Ahmed Idris, the former Accountant General of the Federation who is currently being investigated by the Economic and Financial Crimes Commission( EFCC) over alleged 80billion naira misappropriation of public funds.

Famous Reporters had reported that the federal government, in a letter dated, May 20, 2022 and signed by Aliyu Ahmed, Permanent Secretary (Finance), Federal Ministry of Finance, Budget and National Planning, appointed Mr. Nwabuoku as the acting Accountant-General, pending the outcome of the investigation.

Speaking through the Director of Communication, Comrd. Emeka Onyema the Council lauded

President Muhammadu Buhari for his display of a good political will.

He commended President Buhari for this appointment “especially at this time when the Igbos are speaking for inclusiveness in the affairs of the country.

“President Muhammadu Buhari has demonstrated a good political will by making this crucial appointment.

“Mr. Anamekwe has climbed the ropes and understands the professional requirements of this job in line with his volume of experiences.”

Onyema, while addressing a cross section of South West Ohanaeze Youth Council (OYC), Sunday, May 22, in Ibadan, the Oyo State capital, expressed optimism in the clamour for a 2023 President of South-East extraction.

In hi words: “With the various calls and appeals for the rest of Nigerians to consider the South East to produce the candidates for the both leading political parties in Nigeria, hence APC and PDP, favoured by opinion pools to win the 2023 presidential election, President Muhammadu Buhari would be stabilising the already mounting tensions in Nigeria if he supports the South East to produce the next president of Nigeria against all odds and pressure.

Speaking on the current state of the nation, Onyema stated pointed out that it was pertinent for prominent Nigerians who are saddled with responsibilities to act prudently in respect to the nation’s commonwealth.

Citing the envisaged jeopardy in the country, he insisted that yielding to the yearnings of Southeasterners remained the only way through which the looming danger could be averted.

“With Nigeria’s rising debt profile, security challenges and the burden on the part of government to reduce poverty level and improve the standard of living in Nigeria commented that. It’s only wise for Nigerians who occupy positions of responsibility to be prudent with the commonwealth of Nigeria as anything short of that would be spelling doom for Nigeria’s future.

Igboayaka stressed that “what is best for Nigeria at all times is to ensure that no region is left out in the appointment of crucial positions which demonstrates Fairness, Equity and Justice”, he said.

Recounting on the foundation upon which Nigeria stands, Igboayaka went memory lane to explain the recommendations of the Henry Willink’s Commission of 1958 which came up as a result of the agitations of minority nationalities to ensure that they are not left out in crucial equal opportunities in Nigeria.

Hear him: “This was the basis for the establishment of the Federal Character Commission. At the same time it was the very reason upon which power rotates between the North and South. In the South made up of the South East,South South and South West ,It is only the South East that has not had the opportunity to produce the president of Nigeria and this accounts for the separatist movements and agitations you see everywhere in the South East.

“So, we are passionately making a demand that both the All Progressives Congress( APC) and the People’s Democratic Party( PDP) should, as a matter of national concern, support aspirants of their political parties from the South East zone to fly their tickets.

He reiterated that such would “mean a lot to Ndigbo and Nigeria”, as he used the medium to Igboayaka applaud the APC presidential aspirants of the South East for deeming it necessary to converge and at the same time, agree to work in synergy with one another.

Meanwhile, the National President also appealed to the APC presidential aspirant to intensify efforts geared towards producing a consensus aspirant while advising those of the PDP aspirants to do emulate same.