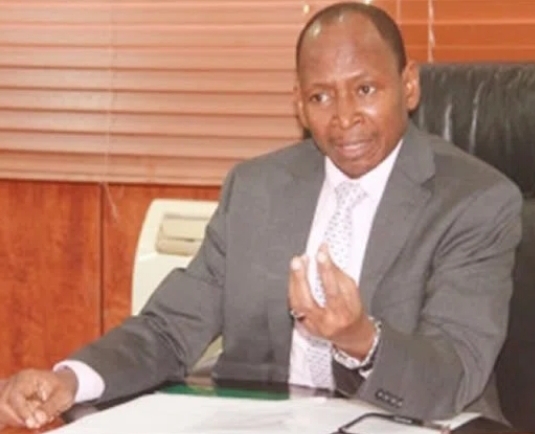 The arrested Accountant General of the federation has reportedly implicated the Minister of Finance Zainab Ahmed Shamsuna.

He told his interrogators that she owned properties in Abuja, Kaduna, Lagos and Dubai laundered in the name of her husband.

According to Kaduna based Liberty Radio/TV. The Recently arrested Accountant-General of the Federation, Ahmed Idris has implicated the Minister of Finance, Budget, and National Planning, Mrs. Zainab Shamsuna Ahmed.

It will be recalled that the Minister recently suspended the AGF pending the conclusion of the EFCC investigation.

The AGF allegedly told interrogators that the Minister owned properties in Dubai, Abuja, Lagos, and Kaduna using her husband as a front.

The embattled AGF was accused of diverting 80 billion Naira. A petition was sent to EFCC by the uncle of a 16 year old girl the AGF secretly married.

The AGF showered untold amounts of money on the 16 year old bride, giving her $100,000 in cash and a choice property in Abuja.

Famous Reporters had reported that the federal government, in a letter dated, May 20, 2022 and signed by Aliyu Ahmed, Permanent Secretary (Finance), Federal Ministry of Finance, Budget and National Planning, appointed Mr. Nwabuoku as the acting Accountant-General, pending the outcome of the investigation.