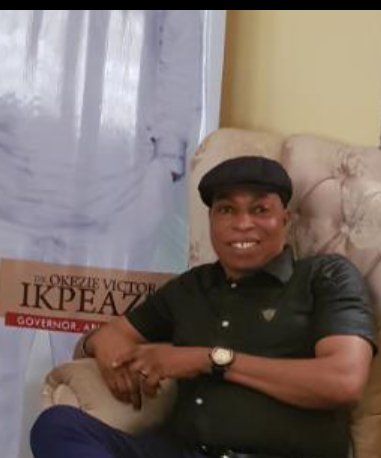 As the year 2021 crawls in, the Executive Chairman of Ukwa West LGA of Abia State has urged the people of the area particularly the youths to resolve to abstain themselves from restiveness and every attribute of and criminality. 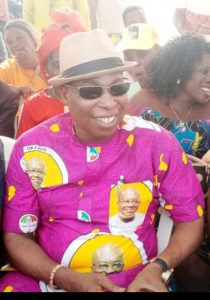 Chief Okey Kalu gave this charge yesterday in Umuahia, the state’s capital, disclosing that his emergence as the council boss would expedite the actualization of the long awaited desire thus making the place ‘second to none’ in the state.

Asked the state of the council upon assumption of office, he said, “alot of work is needed, adding that the structures of the council have been in a dilapidated condition, as he pleaded for the immediate intervention of the state government for effective rehabilitation.

“They have to be patient with the government of abia State. This government has done a lot in the state particularly in of Ukwa West in the area of empowerment and other things. So, right now, I’ve just assumed office as the new Chairman, I implore them to exercise some patience.

“Also, they should not involve themselves in criminality. A lot of things are being put in place so all I ask is for them to have patience. I already have a good relationship with them and soon we will start unfolding our programmes although it’s not going to be easy but we have mapped out a lot of profitable activities.”

He, however, decried the recurrent criminalities perpetrated by some hoodlums, who according to him, defaced the structures of the council, thus leaving it in a piteous state over the years.

“My major challenge there now is the vandalism done to some of the buildings and some other places, including the louvres which among other facilities were taken but we are going to put them together gradually”, he lamented as he expressed optimism in an anticipated support from the government.

The illustrious son of Ukwa land enjoined the people to embrace the virtue of patience and assured that the PDP led government of Dr. Okezie Ikpeazu would not relent in her efforts towards improving their lives through provision of basic infrastructure, unveiling of trainings and empowerment programmes.

While appealing for their unalloyed cooperation and support to enable him take the council to enviable heights.

The people-oriented Chairman reiterated the need for a peaceful atmosphere, insisting that it is a major booster of community growth and development.

He said: “Employment is the major thing. Like I told you, sometime we need to train. Most of this young youth in different views and empower them is not just training but make sure we empower them after training we give them money to go and start work the way they are trained for so they can become better than they were.

Meanwhile, the chairman was given a grand reception by the people upon assumption of office the previous  Thursday.

He thanked the people for their demonstrated unreserved love and honour, pledging that “light has entered the council”, he said.

He used the medium to pray for God’s blessings upon the people and Abia in general, as he further advised all to recognize God Almighty in their endeavours.

Hear him: “My new year’s resolution is to embrace God the more because it’s only God that can place a man in a good position and the essence is to be of help to the needy. That’s why we are there, just to help the people and make them happy and I wish them a prosperous new year in advance.”