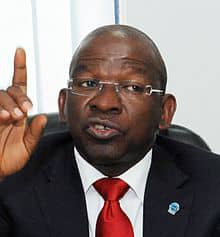 A Group known as Benue Diaspora Elites For Better Benue had called on every sons and daughters to give their unflinching support to ensure the landslide victory of Robert Orya as he stepped out to govern Benue State as Executive GOVERNOR come 2023.

The group in their press statement released by Chief Oche Simon Edache in their quarterly meetings at Ikorodu Lagos State, called on every tribes in Benue State to put aside differences in ethnicity and political affiliation to ensure that Robert Orya becomes the executive GOVERNOR of Benue State in the next general elections in Nigeria..

They described Chief Robert Orya as a great TECHNOCRAT with detribalized mindset and leadership prowess that when elected Benue GOVERNOR will in all standard transform Benue State beyond imagination..