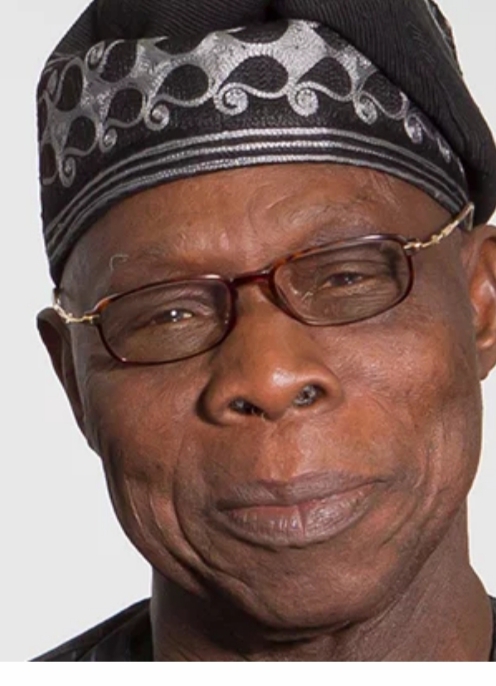 Former President of Nigeria, Chief Dr. Olusegun Obasanjo has insisted that in order to ensure a stable peace, justice, fairness and sustainable national development in the country, the next president of Nigeria must come from the South East geo-political zone of the country.

Chief Obasanjo made the remark when the Political Action Committee (PAC) of Ohanaeze Ndigbo Worldwide paid a courtesy call on him at the Olusegun Obasanjo Presidential Library, Abeokuta on Monday, May 9, 2022.

Former President Obasanjo added that the least acceptable minimum is a president from the Southern part of Nigeria.

A statement by Dr. Chiedozie Alex Ogbonnia, the National Publicity Secretary of Ohanaeze Ndigbo Worldwide, which communicated the outcome of the meeting recalls that the Imeobi Ohanaeze Ndigbo Worldwide had sat on Thursday, May 5, 2022 at the Ohanaeze headquarters, in Enugu and reached some remarkable resolutions, among which is the mandate to the Political Action Committee (PAC) of Ohanaeze Ndigbo to reach out to the leaders of the six geopolitical zones of the country for collaboration to ensure that an Igbo of the South East extraction is elected the president of Nigeria come 2023.

The leader of the delegation Ambassador Professor Obiozor, in his speech commended Chief Obasanjo for his unwavering commitment to the peace and unity of Nigeria. He added that Obasanjo remains one of the strongest voices in Nigeria and one of the most respected Nigerians in the world because of his track records of accomplishments while his tenure lasted as the President of Nigeria.

According to Obiozor, Obasanjo remains one detribalized Nigerian whose views on national issues are devoid of ethnic chauvinisms. Obiozor commended Obasanjo for his 85th birthday speech where he pointed out that rotation of power and zoning principles are part of nation building mechanisms in Nigeria.

Obiozor, among other remarks, thanked Obasanjo profusely for his courage, sincerity, steadfastness and passion for justice, especially as it affects the Igbo and the future of Nigeria. He highlighted that any group that is repeatedly denied justice may never have interest in peace.

In his response, Obasanjo welcomed the Ohanaeze delegation and commended the body for demanding their rights. The elder statesman stated that what he owes Nigeria is sincerity, objectivity and guidance.

He elevated humanity by stressing the need for morality, equity and justice in a multi ethnic, multi religious and multi-cultural country such as Nigeria. He added that it is inconceivable to have peace and progress in a country that is rooted in injustice.

Obasanjo cited his speech on his 85th birthday, wherein he stated that “the major issue on hand is how to lift Nigeria from a country to a nation. As a process of nation building, he cited how his democratic government “adopted rotation and sharing formula for six key party political offices and government offices among the six geopolitical zones, which stood the country and the party in good stead. It was the Peoples’ Democratic Party (PDP) policy that made it inadvisable to have candidate from the South to succeed me after my eight years in office as President”.

Obasanjo emphasized that “federal character, rotation of power and such other measures are meant to help our nation-building process and more sure-footedly, move Nigeria forward.” He cautioned that “riding over these measures rudely, shoddily and roughly cannot augur well for our nation-building process and progress”. Obasanjo reminded Nigerians that he strived to ensure that he “was succeeded by President Umaru Musa Yar’Adua from the North”.

Chief Obasanjo, in spite of beehive of delegations from all parts of the country and beyond, made time to allow all members of the delegation to speak. But far more important is the hearty, endearing and strategic deliberations with one of the living equity edifices in Nigeria, the statement said.

“The PAC also met with the fiery courageous and highly principled elder statesman, Chief Ayo Adebanjo, the Leader of the pan-Yoruba sociopolitical group, the Afenifere, at his Lekki residence in Lagos.

Professor Obiozor thanked Pa Adebanjo for his immense understanding and clinical analysis of Nigerian politics. Obiozor, who nominated Chief Nnia Nwodo to speak on behalf of the PAC, added that honesty is the highest virtue, desired by all but cultivated by a few, such as the indefatigable Chief Ayo Adebanjo.

“Nwodo in his remarks pointed out the unique relationship between the Igbo and the Yoruba. He cited that an Igbo blood has never been spilled on Yoruba land. And that at the end of the Nigerian civil war in 1970, all the Igbo properties were duly handed over to them unconditionally. He commended the spirit of hospitality among the Yoruba.

Nwodo among other remarks thanked Pa Adebanjo for the exciting, memorable and overarching speech he rendered at the Greater Nigeria Conference (GNC) organised by Nzuko Umunna, an affiliate of Ohanaeze Ndigbo that the Northern political elites were applying divide-and-rule tactics to stall the return of power to the South.

Adebanjo had pointed out that the APC presidential aspirants from the Southwest, particularly the Vice President, Prof Yemi Osinbajo; Asiwaju Bola Ahmed Tinubu, Governor Kayode Fayemi of Ekiti State and Senator Ibikunle Amosun, were being propelled by power brokers in Aso Rock to aspire for the Presidency as part of a grand design to retain power in the North after Buhari’s tenure expires in May 2023.

He described as disgraceful the purported moves by former President Goodluck Jonathan to take another shot at the Presidency. He lamented that the Northern politicians appear to be smarter than their Southern counterparts. The elder statesman restated his support for the Southeast of Nigeria to produce President Buhari’s successor.

Nwodo, among other remarks, thanked God that we still have the likes of Pa Adebanjo in Nigeria. Others in the delegation had opportunity to speak. Professor Anya O Anya, Chief S N Okeke and others spoke in line with the advocacy for the long established rotation of power and zoning principles.

It was echoed that equity demands that it is the turn of the South East to produce a president for Nigeria, adding that it will be unjustifiable and disastrous to change the goal post at the middle of the game.

Pa Adebanjo, in his contribution, restated his unequivocal belief in the principles of equity and justice. He informed the rapt audience that he was recruited into politics by Dr. Nnamdi Azikiwe but later joined Chief Obafemi Awolowo. Adebanjo clarified that he remains an Awoist and that the sage had admonished them that for Nigeria to progress, they should ignore various fault lines and work with the Igbo on the principles of justice.

He reasserted that it is the turn of the South East to produce a President for Nigeria; noting that he told Tinubu himself, not in the newspaper, but face-to-face not to contest the 2023 election.

He lamented that “now that it is the turn of the Southeast, they are propounding a new theory that the “presidency must be based on merit and all that. If it is the question of merit, till kingdom comes, the South alone will produce the president,” he stressed.