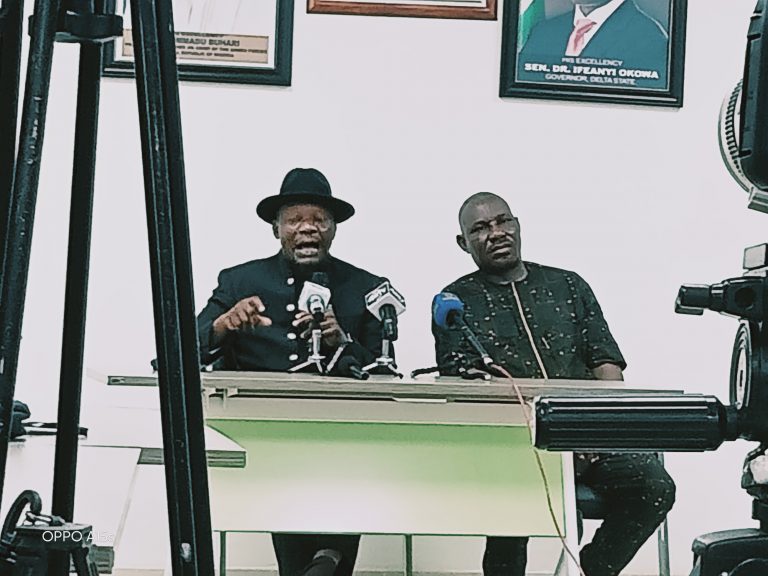 The Commissioner stated this yesterday, in company of the Chief Press Secretary to the Governor, Mr Olisa Ifeajika, during a press conference in Asaba, the state’s capital.

According to him, Atiku/Okowa ticket, as PDP Presidential and Vice Presidential candidates is poised to restore the country’s long lost dignity and glory.okowa

The Commissioner for Information, therefore, charged those criticising Okowa’s elevation to have a rethink, adding that “he never betrayed anybody but was chosen because of his performance and determination to bring development to the county.”

Fielding questions from Journalists, the Information Commissioner disclosed that the state government had guaranteed the 25 billion naira CBN Agric loan in the interest of famers in the state.

Speaking further, he reiterated that the state government was yet to access the N150 billion bridging finance it sought approval from the state House of Assembly.

Meanwhile, Mr. Aniagwu assured Deltans of that Gov. Okowa led administration would, up until his last day in office, ‘leave no stone unturned’ in his quest to ensure he delivers development to the people of the state.