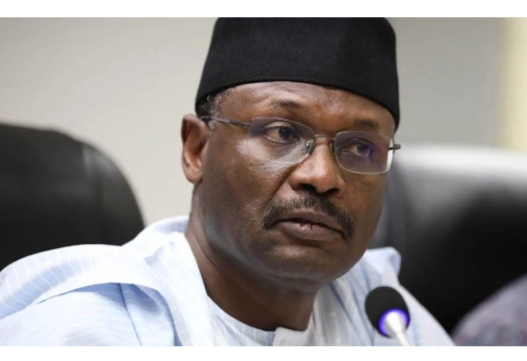 Following the recent suspicious activities of Mahmood Yakubu, the Chairman of the Independent National Electoral Commission, (INEC), in connivance with a factional leader of APGA, Ohanaeze Youth Council, OYC has cried out to the Economic and Financial Crimes Commission, EFCC, Director of State Security Service (DSS) and Inspector General of Police urging to investigate the former.

The leadership of the Apex Socio-cultural youth organization of Ohanaeze Ndigbo Worldwide who alerted the security agencies, reminded them of the imminent dangers of the conspiracies against Nigerians should the Mahmood be allowed to adhere to his ploy with his cohorts, Chief Ozonkpu Victor Oye, a fractional leader of the All Progressives Grand Alliance, APGA you

The concerned Igbo youth leader lamented that Mahmood’s continuous retention of retain of the office would in no doubts, ‘drag the Commission through the mud’.

He, therefore, appealed to the EFCC, DSS, as well as the Inspector General of Police to investigate the activities of Prof. Mahmood, wailing that, “our investigation shows that Chief Oye and cohorts have induced Prof Yakubu Mahmood with with financial inducement.”

Below is the full text of the address:

Ladies and Gentlemen of the Press, the Fourth Estate of the Realm;

It is with deepest sense of humility and modesty that we wish to call the attention of the discerning public that there are plans by some fifth columnists in INEC to ensure that 2023 General Elections do not hold.

Unfortunately, this ignoble and shameful crusade is being led by Prof. Yakubu Mahmood, the Chairman of INEC.

Let me make some fundamental and foundational statements, before I proceed. It took mankind ages to evolve from the governing system of the Stone Age to the contemporary society, where the ‘Rule of Law’ as propounded by A. V Dicey is the acceptable frame upon which Liberal Democracy was built on.

A society in which managers of SENSITIVE institutions created by the law take bribe to ignore Supreme Court Judgement, is an outright invitation to John Locke’s Appeal that men are inclined to resort to the State of Nature, where self-help rules supreme; when the State fails them.

It is tragic that Mahmood Yakubu, Festus Okoye and some INEC staff have become referees putting on the Jersey of one of the clubs they are officiating their match, for pecuniary interest.

We, the Ohanaeze Youth Council, as the apex Igbo Youth Organization worldwide are truly worried that INEC is yet to recognize Chief Edozie Njoku as the authentic National Chairman of APGA, after the Federal High Court and the Supreme Court had given Judgements in his favour.

Let me say this without fear of equivocation. APGA is a thorough breed National Party; fortunately, APGA’s manifesto, mission and vision provides a roadmap for aggrieved people to converge and ventilate their minds rather than resort to agitation. Ozonkpu Victor Oye leadership desecrated APGA, this incensed major stakeholders in the Southeast and they threw their weight behind Edozie Njoku to ransom and redeem the Party. Instructively, this is what Mahmood and his gang are toying with.

Pertinently, on April 6, 2022, in a subsisting Ruling delivered by Hon. Justice A.R. Mohammed of the Federal High Court Abuja Division in Suit No: FHC/BAU/CS/10/2020 in Motion No. FHC/BAU/M/41/2020 between Chief Edozie Njoku & Others Vs Independent National Electoral Commission (INEC) & another; and the lead Judgment of the Supreme Court of Nigeria delivered by Hon. Justice Mary Ukaego Peter-Odili, JSC in Suit No: SC/CV/686/2021 between Jude Okeke Vs All Progressives Grand Alliance (APGA) & others declared Chief Edozie Njoku as the authentic National Chairman of APGA.

Despite these Judgements, Mahmood and those he is working for have continued to play the ostrich for the past one month.

Clearly, Section 287(1) and (3) of the Constitution of the Federal Republic of Nigeria 1999 as altered, it is imperative that Independent National Electoral Commission (INEC) obeys the aforesaid valid and subsisting Federal High Court Ruling and Supreme Court judgment; or face the full wrath of our people.

Consequent upon the above, we have no doubt that Prof Yakubu Mahmood has compromised the principle and ethics governing global best practices in election. Therefore, his continued stay as INEC Chairman is a time bomb.

Furthermore, our investigation shows that Chief Oye and cohorts have induced Prof Yakubu Mahmood with with Financial Inducement.

We, therefore, call on EFCC, Director of State Security Service (DSS) and Inspector General of Police to immediately investigate the activities of Prof. Yakubu Mahmood before he drags the noble Commission to the mud.
signed