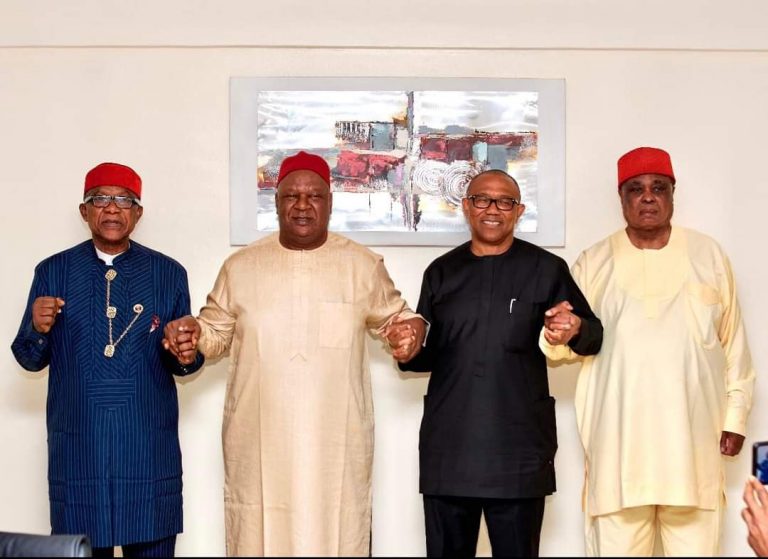 A former Secretary to the Federal Government of Nigeria, (SFG), Anyim Pius Anyim has disclosed that he reached a consensus with other Southeast members of the People’s Democratic Party, PDP, who declared intention to run for the office of president of Nigeria.

Anyim noted that he and other PDP presidential aspirants from the Southeast region, who have obtained the normination form namely; Mr. Peter Obi, Mazi Sam Ohuabunwa, Dr. Nwachukwu Anakwenze have unanimously agreed to work in synergy to ensure that a South-easterner emerges the party’s flag bearer.

Addressing newsmen at the end of our meeting, Anyim revealed that their resolutions, among others were to work as a team and to ensure equity and fairness in dealing with the zoning process, as they implored other zones to reciprocate the region’s past gestures.

“Today, Mr. Peter Obi, Mazi Sam Ohuabunwa, Dr. Nwachukwu Anakwenze, and myself, all of us from the South East, who have declared intention to run for the office of president of Nigeria and have obtained the normination form of our great party the PDP, met in Abuja. The main purpose of our meeting was for us to resolve to work together to promote understanding, unity and collaboration among the four of us and any other person from the South East zone who may later join in the race. We had a very fruitful meeting in an atmosphere of friendliness and respect for one another. 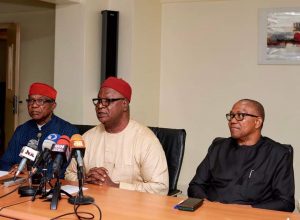 Hear him:
“Our resolutions were to work as a team; That we will work together to ensure that a South Easterner emerges as PDP flag bearer; That we intend to consult with other zones on this issue and it is based on fairness and equity; That in doing so it is important to note that we have always supported other zones and we now expect them to reciprocate”, he said.

Speaking further, the former Senate President reiterated their commitment to working with the party’s leadership and ensuring that the vision of rebuilding and reuniting the country.

In his words: “We are committed to working with our party leadership and party members from across the country to ensure that the founding principles and ideals of our great party are upheld to reassure Nigerians that PDP is ready to rebuild and reunite our dear country. We ask Nigerians to give us the chance to fix this country. Together we will get Nigeria to work again.”