2023 Presidency : I Am Vast In Nigeria , Fit For The Task – Senator Orji Kalu Echoes 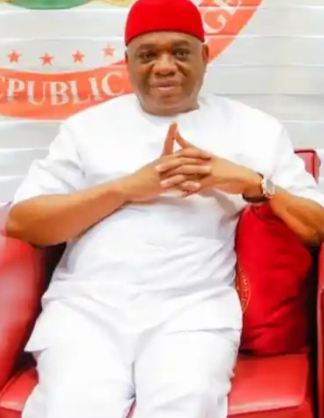 2023 Presidency : I Am Fit For The Task – Senator Orji Kalu Echoes

The Chief Whip of the Senate, Senator Orji Uzor Kalu has said that he has all the brains needed to lead Nigeria to the promise land in 2023.

Speaking during an interview with Channels Television moniorted by 9NEWS NIGERIA on Friday, the former Governor of Abia State said he has Fulani brain , Kanuri brain, Yoruba brain and other brains needed to lead Nigeria.

READ MORE:  Which Way, Nigeria? Who Is Chief CBN Onwuasoanya?

Senator Kalu revealed that when he becomes the President, he will tackle the issue of terrorism, bandits, and equally give Nigerians the confidence they need.

According to him, I will tackle the issue of terrorism and bandits when I become the president.