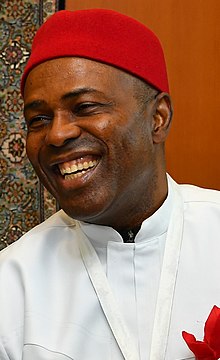 The Igbo Apex Socio-cultural youth wing, Ohanaeze Youth Council has assured Nigerians that the quality of presidential aspirants of the Igbo extraction in the rulling All Progressives Congress are among the best hands the delegates can choose from.

The council which described the political culture of money politics and vote for sale as seen in the primary elections as unfortunate calls on Nigerians to put a stop to this trend “else the future of the country will continue to be bleak”, the Council said.

Speaking in a telephone interview with newsmen, Sunday, May 29, 2022, the the Council’s Director of Media and Communication, Comrd. Emeka Onyema stressed that the determination among the Igbos for Nigeria’s president of Southeast extraction was long overdue.

He, therefore, appealed to all Nigerians to join many other groups who according to him, are not of the Igbo extraction yet are solidarizing with the tribe.

On if the Southeast aspirants in the ruling All Progressives

According to him, Dr Ogbonnaya Onu in 1999 demonstrated fairness in the spirit of justice and equity thereby joining the alliance for power to be ceded to the Southwest, which eventually facilitated Chief Olu Falea’s emergence as the APP/AD presidential candidate.

“It’s obvious that politically, Southeast owes Dr. Ogbonnaya Onu appreciation and reciprocation in APC to fly the Party’s presidential tickets. In 2015, Dr Ogbonnaya Onu joined the alliance with the North with CPC and ANPP and this was how president Muhammadu Buhari’s political journey to Aso Rock became a reality in 2015”, he recounted.

“This is to say that when given the opportunity to watch over the National Commonwealth, we can be sure that it’s safe. Dr. Ogbonnaya Onu is from Southeast, but a compete detribalized Nigerian who does not discriminate against anyone. So, he has the unifying capacity to unify Nigeria as a seasoned administrator and solution provider. Dr. Onu’s lifestyle epitomizes selflessness and he’s obviously a man whose wealth of experience is needed at this time of national emergency ”

Recounting on the vision of the council, hence Nigerian president of Southeast extraction”, the council explained same as a symbol of equity and justice.

Meanwhile, Comrd. Onyema pointed out that OYC National President, Comrd. Igboayaka O. Igboayaka had “persistently cried like a lonely voice in the wilderness for fairness, justice and equity to prevail in Nigeria as a sure means of solving the extant problems of separatist agitations in Southeast that has taken a multiple dimensions.”