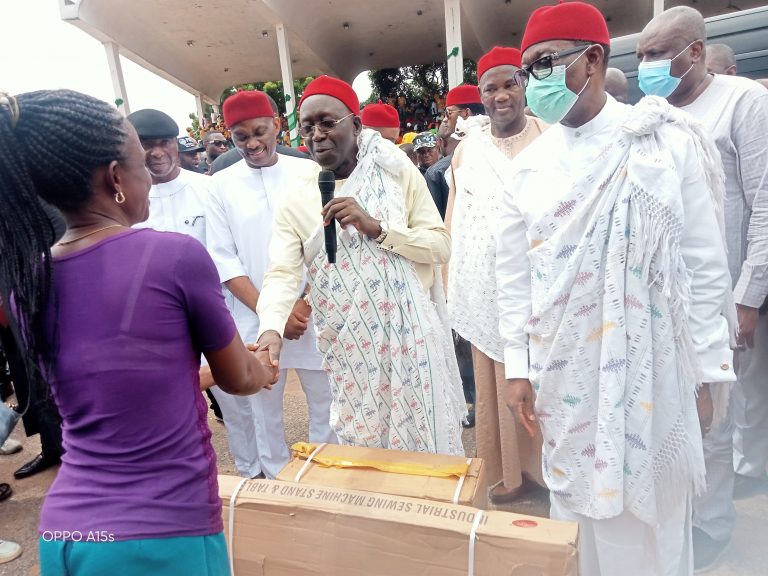 The Southern and Middle Belt Alliance (SaMBA) has rejected plans by the Peoples Democratic Party (PDP) to present a Fulani Presidential candidate for the party in the 2023 presidential election, saying that a Fulani man cannot end his eight year rule and handover to another Fulani man in 2023.

SAMBA warned that if PDP under the leadership of its current chairman, Iyorchia Ayu succeeds in their plan to allow a northern Fulani to succeed President Muhammadu Buhari, the people of middle belt will hold Mr Iyorchia Ayu responsible if Fulani herdsmen killings continue.

The Group in a statement signed by its Spokesman, Prince Rwang Pam Jnr. after reviewing political horse-trading ahead of the 2023 Presidential elections wondered how the likes of Atiku, Saraki, and Tambuwal who are Fulani by tribe have the effrontery to come out and declare for Presidency in 2023 when a Northerner, Fulani, and a Muslim is about completing his eight years in power in 2023.

READ MORE:  Pathetic! OPEN LETTER TO THE NORTHERNERS FROM A CONCERNED NORTHERNER- ... A Must Read!

SaMBA also described Atiku, Saraki, Mohammed and Tambuwal as selfish and greedy leaders who are only desperate to grab power, asking what they have done with the offices they have occupied so far.

The Group added that for the likes of Atiku, Saraki, and Tambuwal to talk down on zoning is like laying a foundation for the disintegration of Nigeria because the country’s constitution was established on the basis of equity, fairness, and justice.

The statement reads in part, “the recent declaration by the trio of former Vice President, Alhaji Atiku Abubakar, Former Senate President, Bukola Saraki, and Governor of Sokoto State, Aminu Tambuwal is an indication of selfishness and greed.

“The country was established on the principle of fairness, equity, and Justice. This presupposes that every part of the country will be treated fairly and be given a sense of belonging.

“But, the recent declaration by the trio of Atiku, Saraki, and Tambuwal is an indication that they don’t believe in that principle.

“How could a Northerner, a Fulani, and a Muslim spend eight years in power and people from the same ethnic group are warming up to govern again, thereby aiming for 16 years of back to back Fulani rule.

“To us, their ambition to rule is not about service to the country, but about grabbing power with the sole aim of plundering our resources.

“If we critically review their administration, when they were at the corridors of power, what development did they bring to the nation?

“For them to think that they have the population at their disposal is stone-age thinking which can severe the relationship between the South and the North if they are not careful.

“What about the Southsouth and the Southeast regions that are making provisions for the running of the country?

“We, therefore, urge the Peoples Democratic Party (PDP) to consider our unity and take a firm and transparent position on the issue of zoning rather than hiding behind one finger because any attempt by the party to throw the presidency open could pave way for another Fulani man; and that will backfire immediately.

“A Fulani man cannot complete eight years and another Fulani be nursing a Presidential ambition in a country of 250 million people with more than 300 tribes.

“We believe this cannot stand unless we do not believe in one Nigeria”.