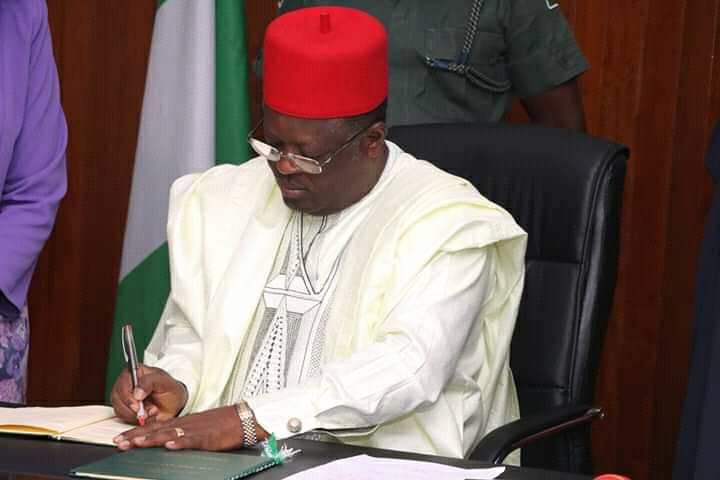 Not fewer than eight lawmakers out of the 24 member Ebonyi state House of Assembly who are die-hard PDP members have sniffed at  state governor’s plea, Dave Umahi to decamp to the ruling All Progressives Congress (APC) from the Peoples Democratic Party.

Daiily Trust reports that Umahi, according to reports, jilted the People’s Democratic party to APC after perfecting his decamping plan with some stakeholders of the ruling All Progressives Congress in Abuja.

Reports also have it that, governor Umahi has held series of meetings at his home town in Uburu, Ohazara local government area of the state with some Stakeholders and many expressed their willingness to join him in the decamping train.

However, his meeting with members of the state house of Assembly was said to have ended in a standstill.

Furthermore, it was gathered that at Saturday’s meeting which was geared towards at appeasing the 24 members of the state house of Assembly to join suit was held in Uburu, home town of governor Umahi, 8 lawmakers among the 24 refused to endorse their signatures in the defection list.

The speaker of the state house of Assembly has, meanwhile, reconvened a fresh meeting targeted at resolving the issue

The meeting was held at the official residence of the speaker, Francis Nwafuru, on Sunday evening.