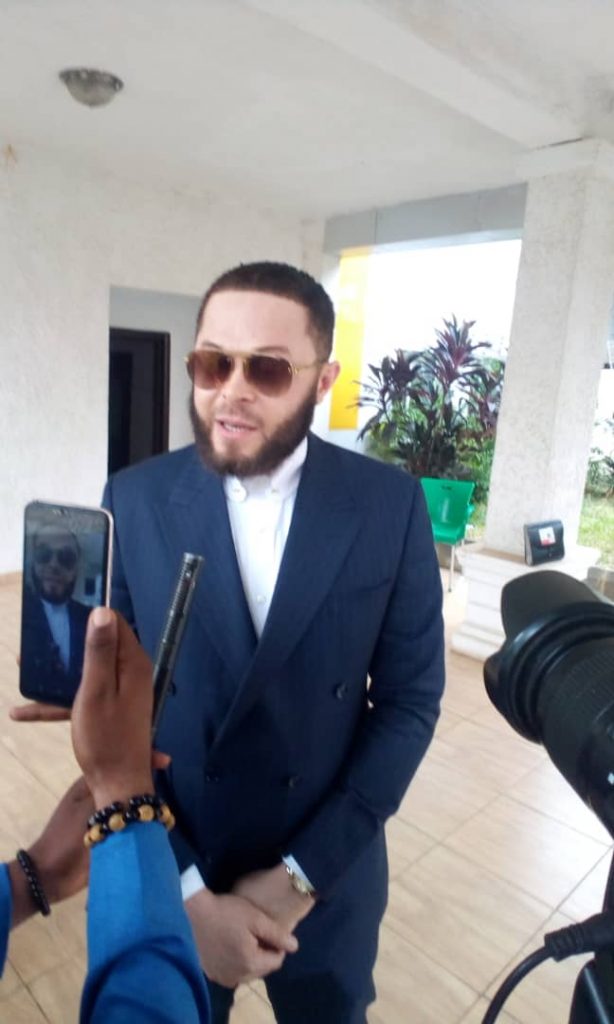 A frontline aspirant of Aba North/South Federal Constituecy of Abia State, on the platform of the all Progressives grand alliance ( APGA), Hon Alex Maskot has pledged to lead advocacy for the reduction of salaries and allowance of political office holders in the Country, if elected in to the Green Chambers of the National Assembly.

Hon. Alex stated this at the National Headquarters of the party Abuja, shortly, after he was screened by the Committee set up by the party, ahead of the party’s primaries and the 2023 general election.

Hon. Alex who promised to provide adequate and functional representation to the people of the Constituency, also added that if elected, he would ensure that laws are made for improved and proper funding of the Nation’s educational sector.

According to him, his views and opinion might not get the needed support and acceptance amongst Nigerians at the present particularly, among the National Assembly members, “but I will not relent in my advocacy for “pay cut” and improved funding for the Nation’s educational sector if eventually elected in to the House of Representatives.”

READ MORE:  Gov Umahi's creation of new office is unhealthy to us'--- Ebonyians ...I'm not embarrassed by my appointment--- Laz Ogbee

He called on Nigerians to support the all Progressives Grand Alliance (APGA), in the forthcoming general election, adding that “the party has proven to be the only party that encourages internal democracy in Nigeria.”