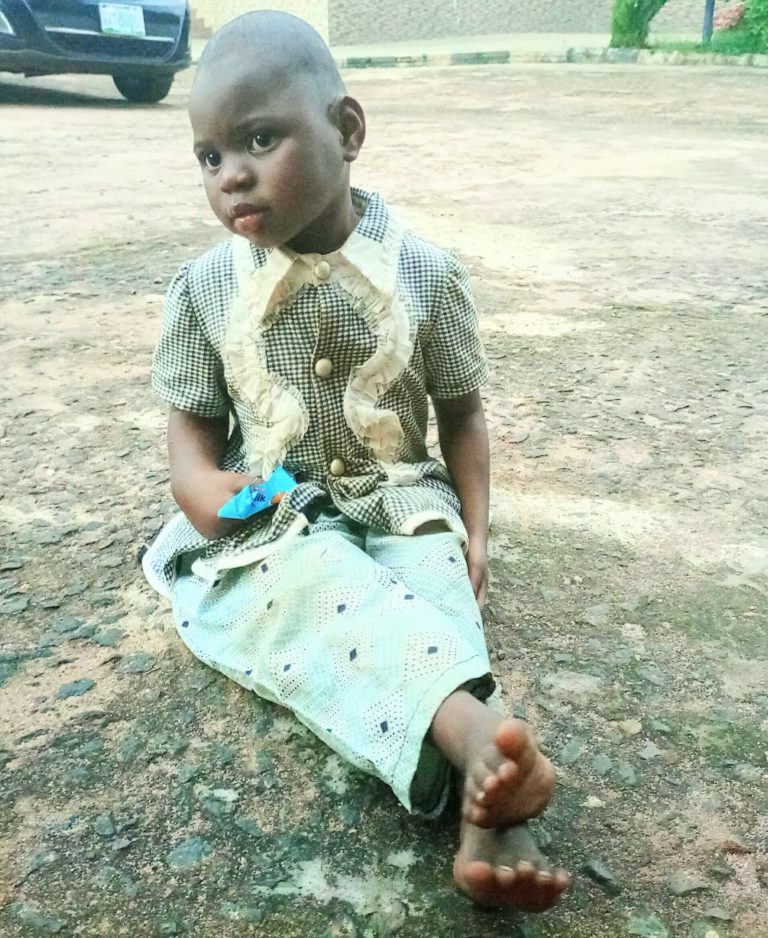 A baby, suspected to have been dumped by his mother has been spotted at a Catholic Church in Delta State.

The mother of the supposedly 3years girl whose identity is yet to be unknown woman has allegedly abandoned her child at a St. Joseph Catholic Church, Akumazi Umuocha in Ika North East Local Government Area of the state.

Speaking with Ika Weekly Newspaper on Monday, July 19, the Priest in charge of the parish, Rev. Fr. Peter Nwakwu expressed shock over the action of the child’s mother, saying that children are gifts from God and must be well taken care of no matter the circumstances.

The clergyman explained that a police officer had been assigned to him, stressing that the child had been taken to Asaba, where she was handed over to an orphanage home.

Speaking further, Rev. Nwakwu said he went for a meeting at Issele-Uku and was informed about the discovery when he returned. He immediately reported the incident to the Police in Umunede.