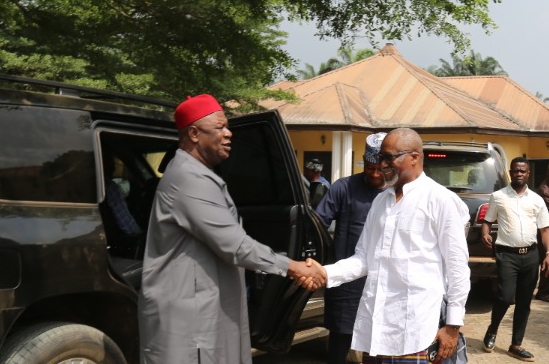 The Senator representing Abia South Senatorial District and Minority Leader, made declared his full support for in favour of Sen. Anyim during a special grand civic reception and conferment of chieftaincy title of Maduforo Nde Ngwa in his home town, Obingwa.

Sen. Abaribe speaking during the occasion, “my brother is the only one that has declared his intention to run for the office of the president, I will give him all the support because he has all it takes to make Nigeria better again. therefore, I encourage all Nigerians to support this noble intention.”

All former President of the Senate, Chief Adolphus Nwagbara who was the chairman of the occasion opined that we have a good market in the person and personality of Anyim Pius Anyim. Adding that he deserves the supports from the Nigerians considering his track records.