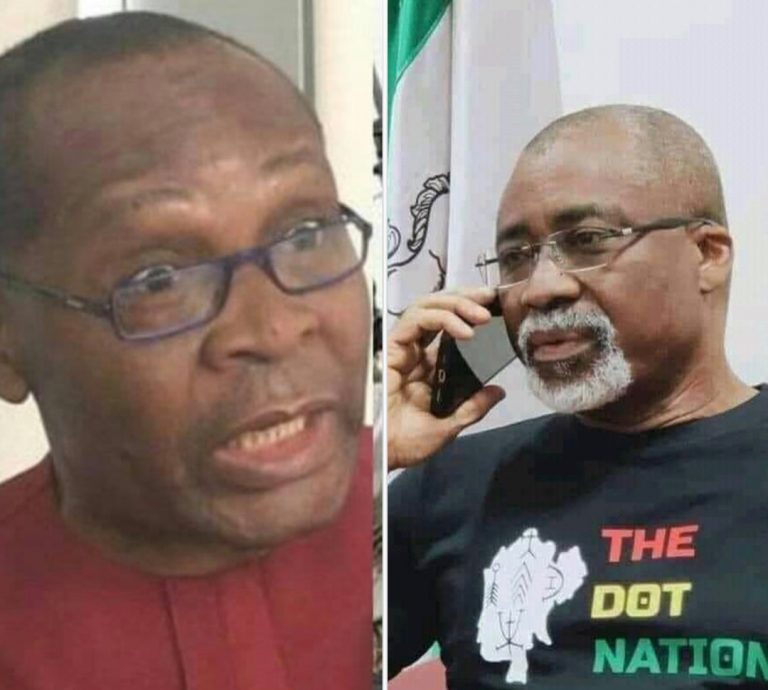 The Biafra Nations League (BNL) has unhesitatingly ‘taken a swipe at’ a chieftain of the All Progressives Congress (APC), Joe Igbokwe following his, (Igbokwe’s) derogatory statement against Senator Enyinnaya Abaribe.

Obviously, Igbokwe’s disdainful comment on the Senate Minority Leader, Eyinnaya Abaribe has got raised dust, particularly among major Biafra Agitators, as all are speaking vituperatively at Igbokwe.

The leadership of Biafra Nations League (BNL) who would not sit back and watch anyone ‘put in a pillory’ the dignity of the Igbo nation blasted the chieftain of the All Progressives Congress (APC), as they, at a snap of the finger, dragged Igbokwe for his ridiculous remarks about Abaribe.

Reacting to Igbokwe’s comments on Abaribe’s “Dot Nation” T-shirt shared on his social media platforms on Tuesday, BNL leadership blankly described Igbokwe as one known for his relentless search for relevance in the Lagos State politics.

It would be recalled that Abaribe had bedecked the “Dot Nation” T-Shirt, to Senate Plenary on Tuesday which evidently got Igbokwe feeling disgruntled, as he consequently, described Abaribe as an “ethnic bigot”

This, however, did not get down well with BNL, as the National Leader, Princewill Chimezie Richard, in a statement, on Wednesday by accused Igbokwe of “doing everything possible to remain relevant in Lagos politics by fighting the interest of Igbos and the entire Biafra Nation.

READ MORE:  $3.4b loan: There's a limit to what a country can borrow… Alex Otti warns FG

Richard, however, likened the APC chieftain’s character to that of Onochie who he described as “a political harlot who ought to be in her husband’s kitchen but decided to be sharing Buhari’s kitchen with Aisha.”

The BNL leader said the “two Igbo aides are enemies of the Southeast who will soon be dumped after they have been used.”