Rep. Onuigbo: Abia APC Drums Support For Senate Ambition … We don’t have any faction, we shall support every aspirant- Ezema …No more conflict in APC- Ijere 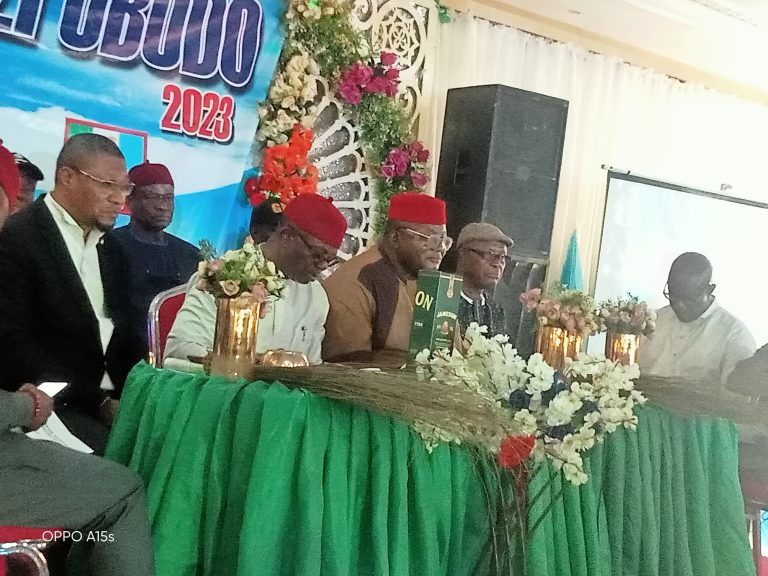 … We don’t have any faction, we shall support every aspirant- Ezema
…No more conflict in APC- Ijere

Party Chieftains of Abia State Chapter of All Progressives Congress, APC has restated their unalloyed support to ensure a resounding victory for the incumbent member representing Ikwuano Umuahia North and South Federal Constituency, Rep. Sam Onuigbo, in his Senatorial ambition in the forthcoming general election.

In his remarks, High Chief Ikechi Emenike who was represented by the Organising Secretary, APC Abia State, Chief Obinna Atuonwu commended the indefatigability of Onuigbo in making better the lots of his Constituents.

Describing Onuigbo as a light, Chief Emenike said:
“Onuigbo has shown us that he’s a light and we’re solidly behind him. Onuigbo didn’t start his projects at the federal but he started it in Abia State when he was a Commissioner. 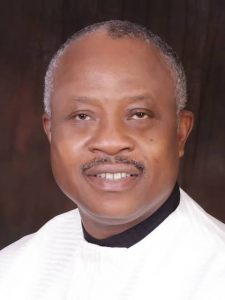 Amidst an aura of confidence, he maintained that Onuigbo’s display of effective representation at the Green Chamber had given them hope that if sent to the Red Chamber, he would do better.

Earlier in an exclusive interview with Famousreporters.com, Hon. Peter Chukwuemeka Ezema, Zonal Youth leader, Abia Central chapter of APC, reiterated that there was only one APC in the state, hence all forms of rancor had been eradicated.

He, therefore, urged Abia youths to obtain their Voter’s Cards saying that is the only way to invoke their long awaited change in the state, as he assured him of the unalloyed support of the party in his Senatorial bid.

On how he to feels about the presence of Sam Onuigbo in their midst, he said:

“Change is said to be constant. Before now, it was not like this but with the impact of the just concluded state Congress conducted by some national officers, with Dr. Kingsley Ononogbu as the state Chairman. So, what we’re doing here today is joining the right track and as a party member, you must act in accordance with the law.

On what has happened to the two different APC factions that had existed in the past, he said:

“That was then. But, now, we don’t have any faction in APC. APC remains one body led by Dr. Kingsley Ononogbu, the chairman and Chief Chidi Avuoja as the Secretary

“If peradventure, he comes out victorious at the primaries, all APC members in the state will definitely support him because we have only one APC in Abia State. Anybody that emerges winner at the primaries, we will support him with all our strength, heart and resources to ensure that we deliver this state from the hand of PDP.

Ezema lauded Onuigbo’s effective representation, recounting on the positive impacts his existence in the House of Representatives has made on the Constituents.

Asked whether he also sees Onuigbo as ‘a round peg in a round hole’, he said:
“Someone who has served for two tenures as a House of Representatives Member is competence to function at the Senate

Also speaking, Sir Maduakolam Kenneth Adighibe aka. Ijere, the president of Ijere Foundation, expressed his unreserved optimism in the successful outcome of Onuigbo’s Senatorial ambition, while imploring the latter not to relent in his good work, which according to him, is evident in his Constituency.

He recounted on the attribute of humility, as well as various services to humanity, as rendered by the incumbent Representative, such like his dedication to serving the people both at the community and federal levels.

“If I may change his name, I’ll change his name to Victor because I foresee success and victory on his side.
We start from the known to the unknown. He has served from his Community to the state, Federal and has even been an ambassador to some foreign countries. And so, I say ‘to whom much is given, much is expected.’

“I know the reward for hard work is more work.”

Asked whether peace had been restored to the two factions of APC in the state, he said:

“I’m not aware of it; we’re one. There are no factions. There’s no more conflict in APC, APC is now one under the leadership of Ononogbu.”

Corroborating, Evang. Abraham Osondu, the State Liaison Officer to the Lawmaker, described Onuigbo as a man who has his heart centered on the people.

“He is a man determined to move both his Constituents, State, Nigeria, Africa and the world to greater heights. Odozio-Obodo -Country Repairer is a man whose set the pace. This man has an impeccable record. He knows and understands the context of leadership ”

In addition, Hon. Grant Nwogu commended Onuigbo’s ability to secure and facilitate projects in his Constituency since he assumed office, as he expressed confidence in the latter, saying, “we have no doubts your would do better following his past records.

“We are confident that you will deliver our party in your quality representation”, he said, while urging the Legislator to bring in more persons into the party.