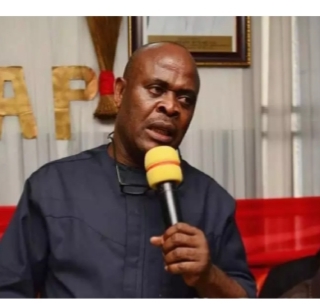 The global youth wing of Abia Apc has given the factional Chairman of Abia State chapter of the All Progressives Congress, APC, Hon. Donatus Nwankpa a two-week ultimatum to return to what they described as “his original political party”, reiterating that the present politics should not be mistaken for the regular business.

The aggrieved youth, rising from a general meeting yesterday, in Umuahia, the capital of Abia stressed that the party would at all cost dismiss anyone, whosoever that would want to act as a sabotage against the positive interest of the party, noting that “there is no room for playing of games.”

Speaking during the meeting, the chairman, Comrd. Obinna Nduka, worried by the state of the party so far, regretted that the party in the state ought have been ‘second to none’ but blamed the retardation in its growth on the illicit activities of some factional members.

“We are giving Mr. Donatu Nwankpa two weeks to return to his original party and leave APC for the authentic members.
We don’t need saboteurs in our midst anymore.

“It won’t be business as usual. APC should have taken the lead in Abia stake except for the few individuals who wants to stand with their two legged on two sides.”