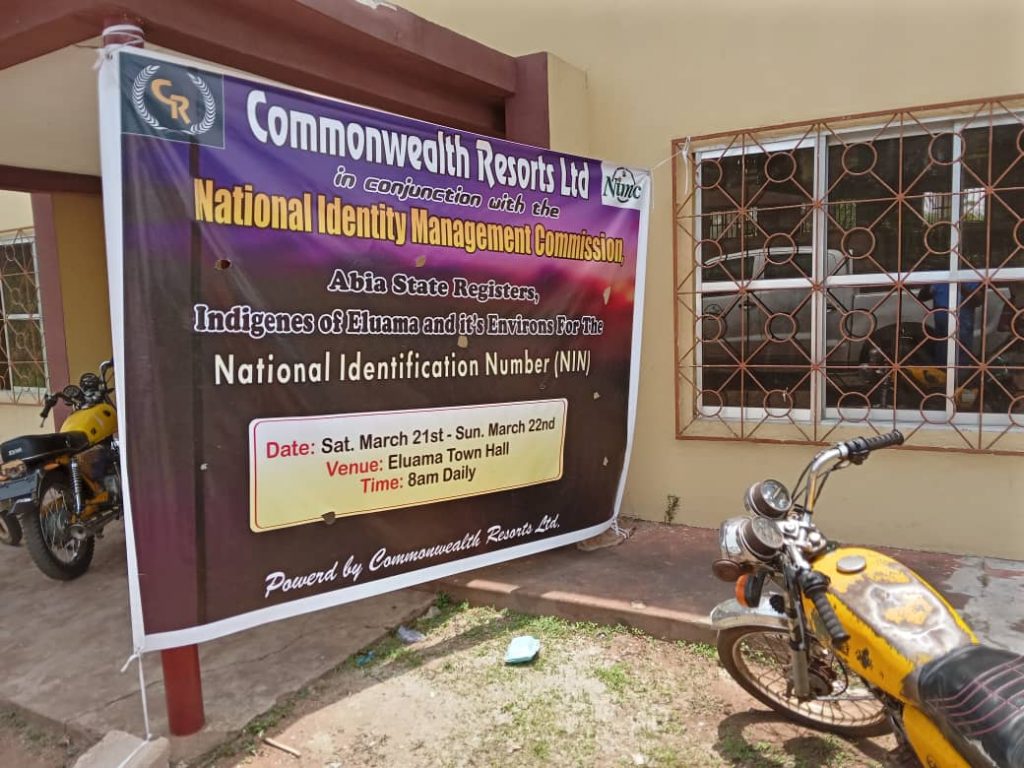 Engr Emma Mbaka, one of the greatest philanthropist of our time from Eluama autonomous community in Isiukwuato, Abia State has partnered with the State National Identity Management Commission to register members of his immediate community in order to obtain the now mandatory National Identification Number (NIN).

This is in his bid to ensure that every member of the community adheres strictly to the mandate of the Ministry of Communication and digital Economy directing members of the public to link their NIN to their SIM, hence the stipulated deadline accompanied by the threat to demobilise phone lines not linked.

Speaking to our reporter, a representative of Mbaka hinted that the exercise was targeted first at the elderly, incapacitated, pregnant or nursing mothers and indigent ones “who may not be able to stay long at the usual queues in the various NIMC offices first before the able bodied ones”, she explained.

Speaking further, she said: “At the end of the 2-days exercise, almost every Eluama community members would have been captured particularly those in the aforementioned category so that they are not disenfranchised by being cut off the SIM platform and other benefits associated with the NIN.”

Also, a representative of the State NIMC who pleaded anonymity thanked the prominent philanthropist immensely for having his people at heart by bringing the exercise to their door step.

He used the medium to, called on other affluential indigenes of the state to emulate Engr. Mbaka as this is one of the best gift for community members especially with the SIM/NIN link deadline.

He however advised that there is no deadline to the NIN registration as the there will be other need for the NIN like exam registration, obtaining international passport, drivers licence, vehicle registration, government employment opportunities, pension administration exercises, etc.

Meanwhile, the exercise which lasted from Saturday 20 to Sunday 21, held at the community town hall, witnessed a great turn out on the first day with strict adherence to the covid protocols and orderly conduct of enrollees aided by the watchful eyes of Hon Dimgba Samuel, the Councillor for the community who stayed all through the first day.