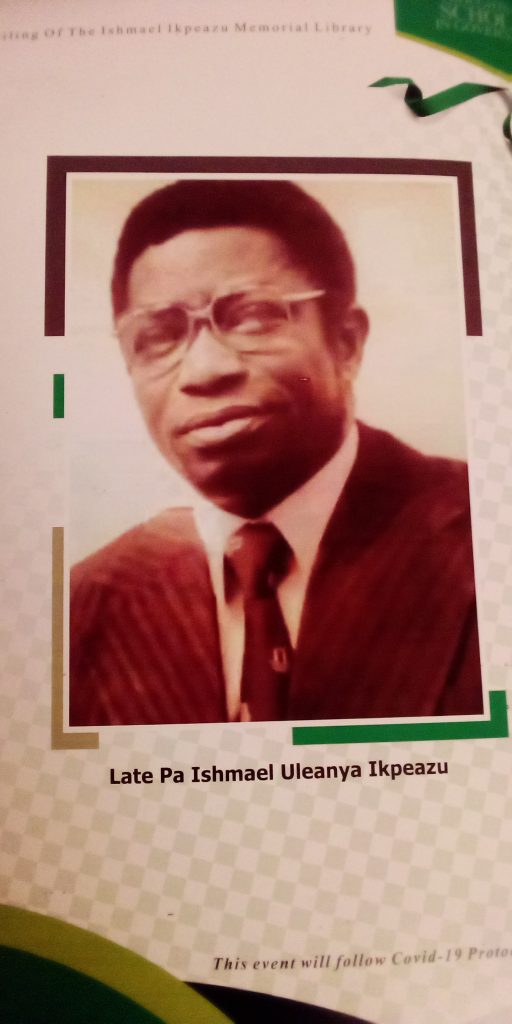 Dr. Okezie Ikpeazu, the Governor of Abia state has pledged a total sum #25m to expedite the progress of the proposed Ishmael Ikpeazu Memorial Library.

According to the Governor, the Ishmael Ikpeazu Memorial Library would serve as an avenue to redirect the younger generation thereby accelerate their academic excellence. 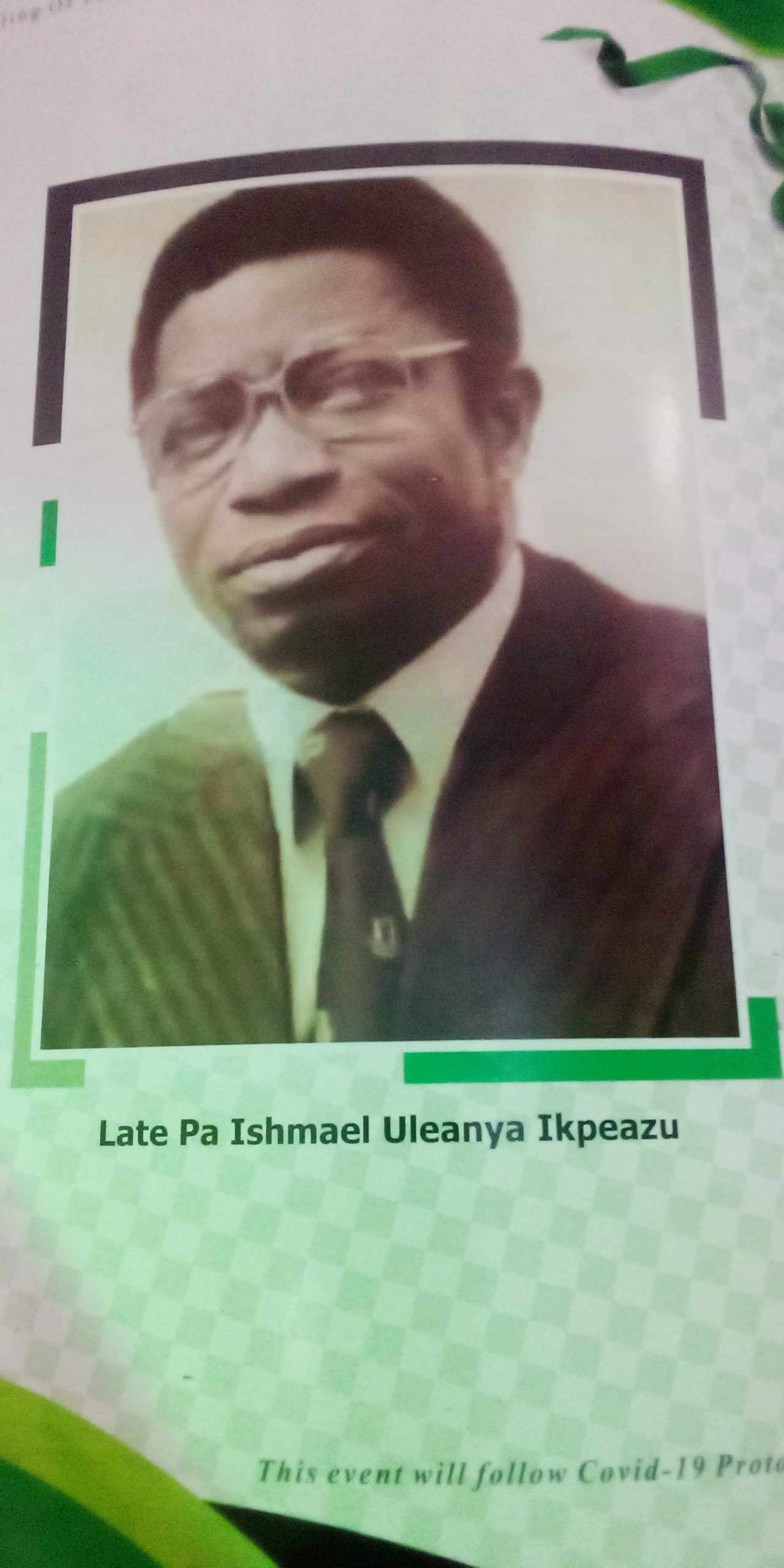 Governor Ikpeazu made this solemn promise at the official unveiling of  ‘The Ishmael Ikpeazu Memorial Library’ and public presentation of the book: ‘Thoughts Of A Scholar In Governance ; A Compilation Of The Speeches, Lectures & Broadcasts Of The Governor Of Abia State since May 29,2015 – May 29, 2019’ held at Enitona Hotel, Aba, the state’s commercial hub. 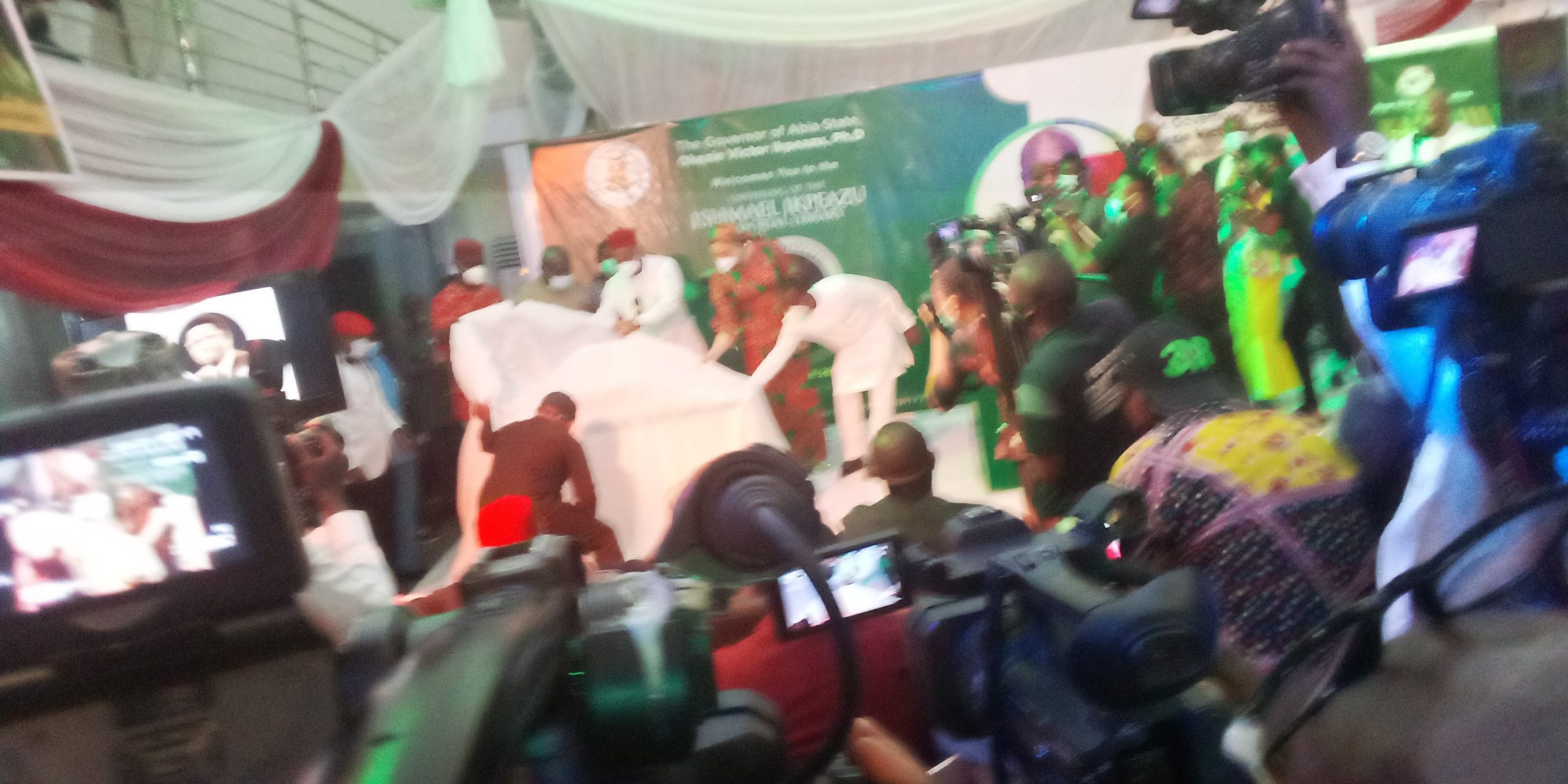 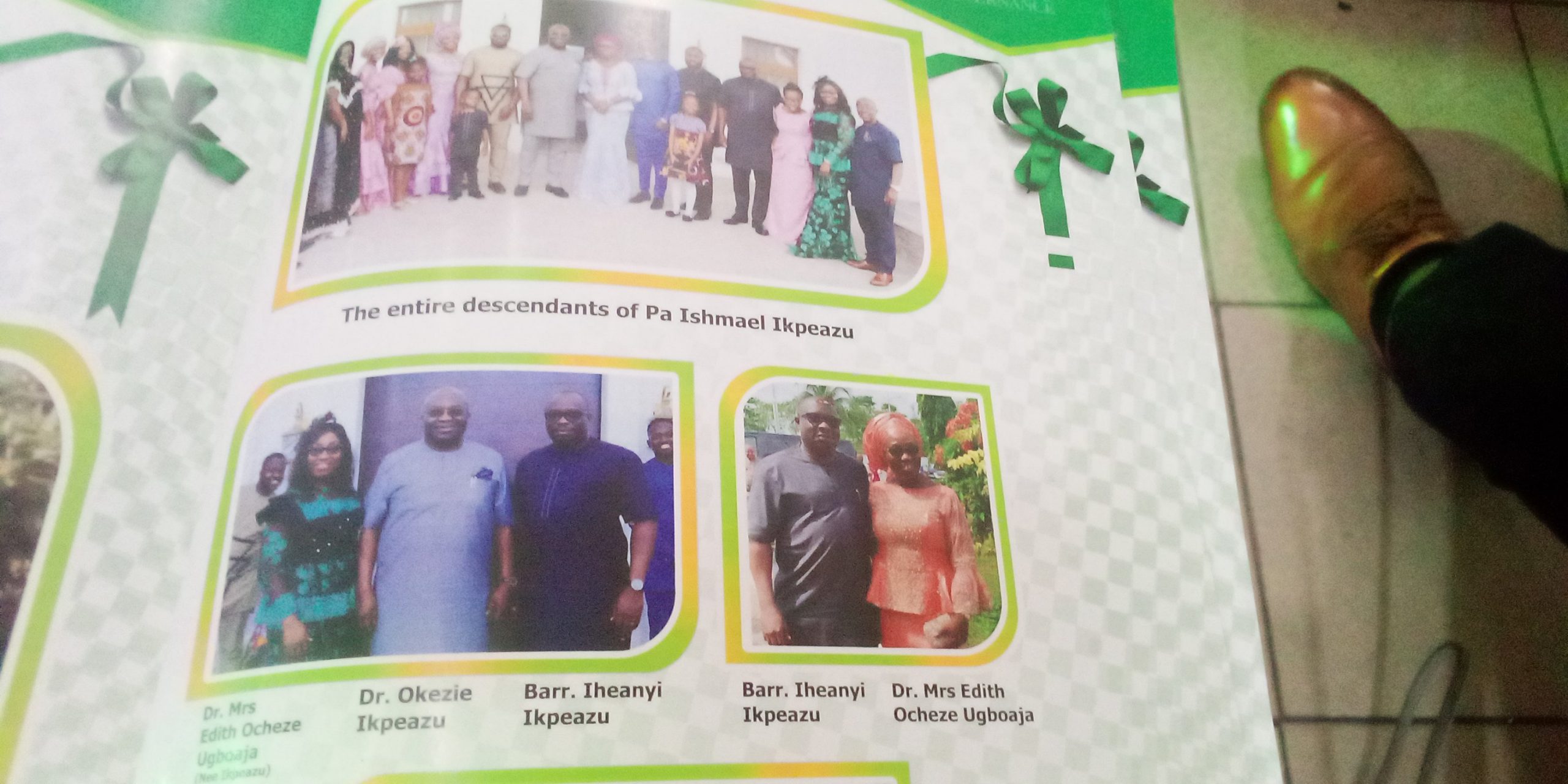 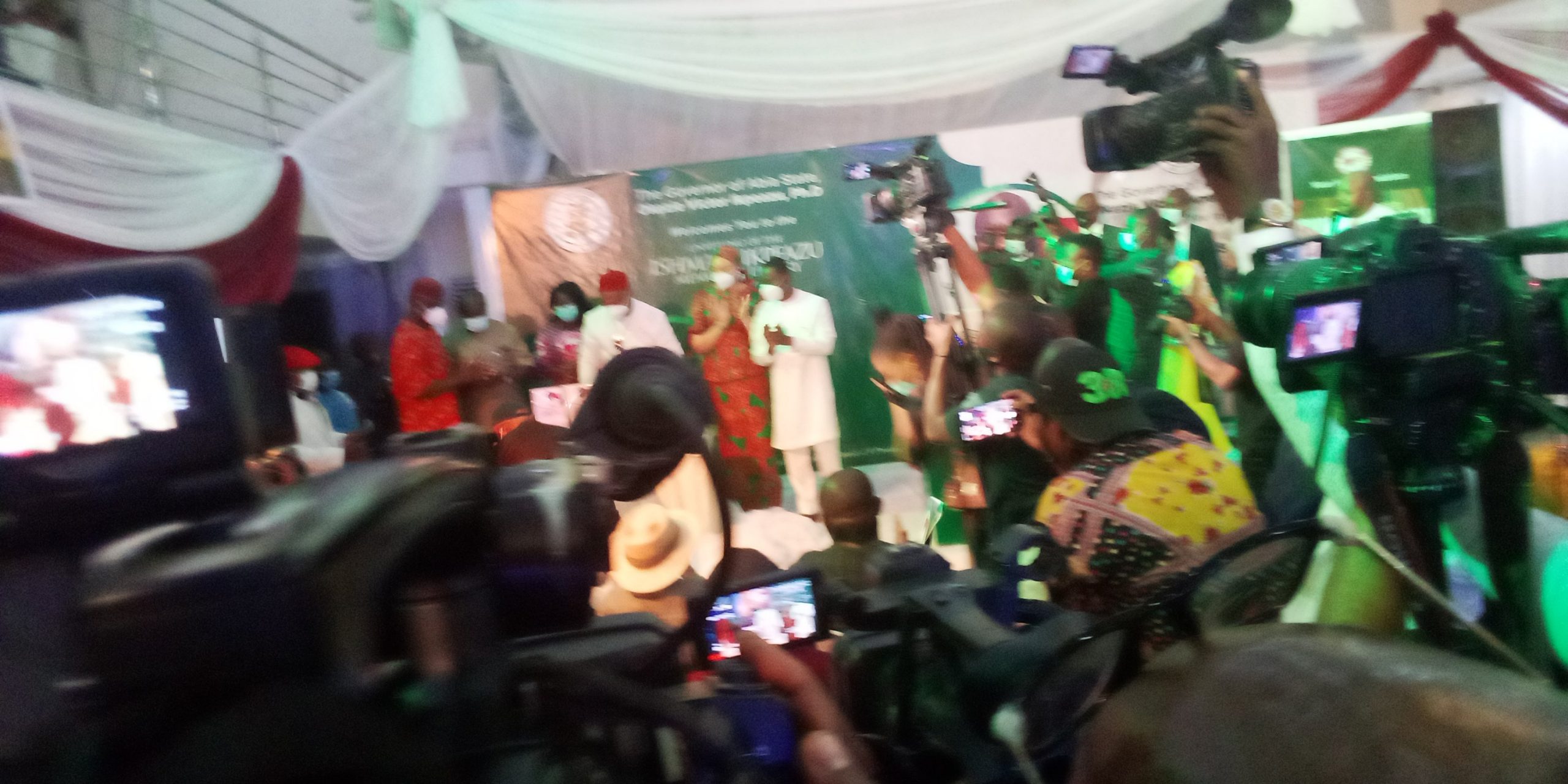 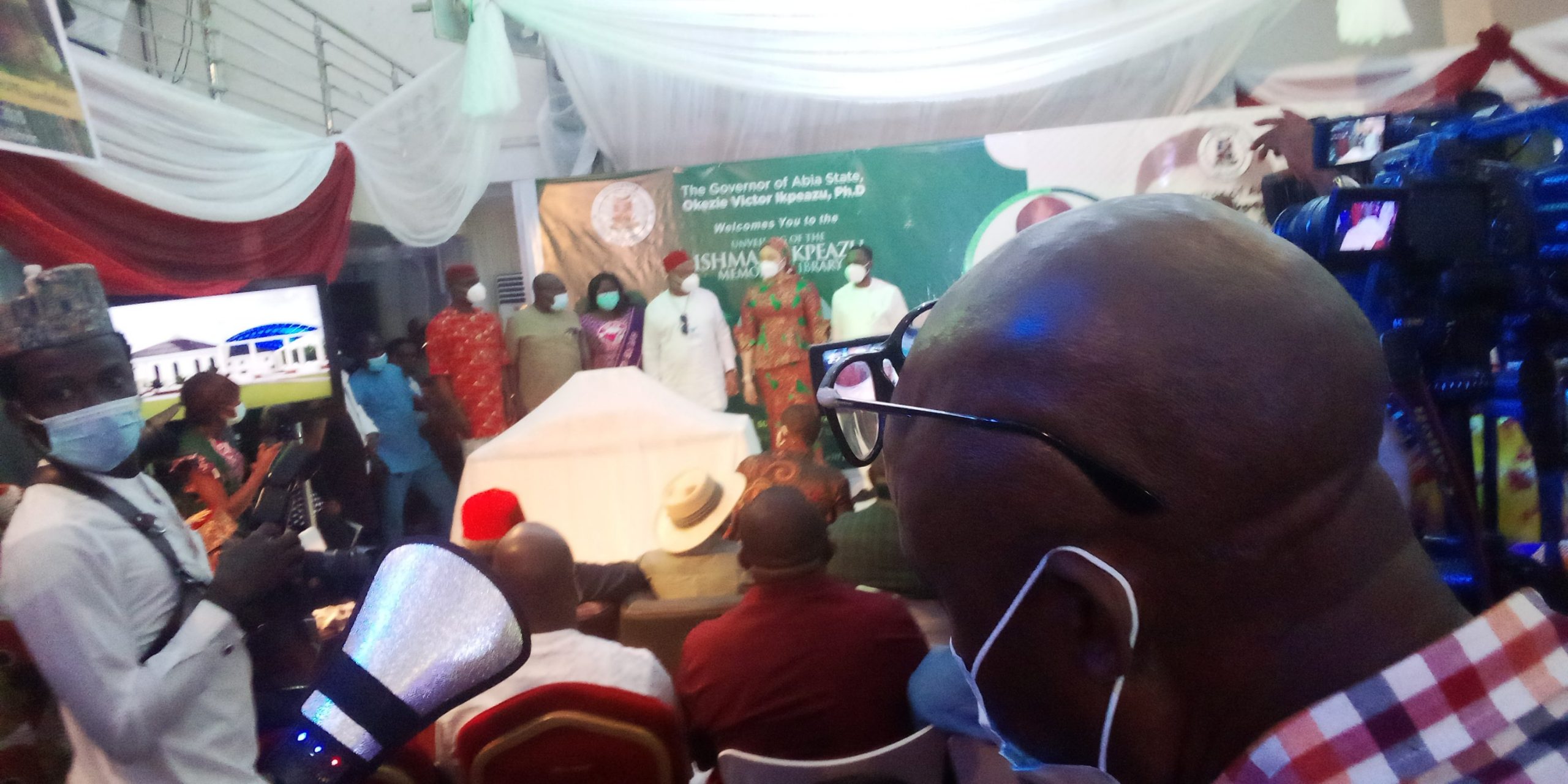 Speaking in utter optimism, Dr. Ikpeazu noted that the proposed library which would serve as an avenue for mentorship, while regretting that “mentorship for the younger generation is gradually being eroded.”

He further explained that the aim of the elephant project was to bequest same to the younger generation recounting that such would enhance readership, as well as quest for knowledge in the latter.

The Governor recalled that the dream of his late father, pa Ishmael Ikpeazu was to build a library for the younger generation adding that he was touched to realize the dream.

“So, for the next generation of the Ikpeazu and indeed all children of this part of the world, it would be a place where children can come to; there will be a playing area, and there will also be a place close to nature. I’ve collected over 35 birds such that children can come for the first time to see what an Ostrich looks like and also what a peacock looks like. We are putting in place a location that our children would love to go to from time to time.

“My father had a different philosophy about books. He said: “if you want to buy books, also buy enough that children can tear”, because he believed that the first toy for any child is a book. He plays with it”.

According to Ikpeazu, the library would house about 30 thousand volumes of various books as he, on behalf of the first family pledged the sum of 25 million naira in support of the project.

Also speaking, the Imo State Governor, Senator Hope Uzodinma and Minister of State for Mines & Steel Development, Dr. Uche Ogah, respectively, commended the Governor for immortalizing his late father with building a library in his memory.

They assured that they would support the process of making the project a  reality.

The book reviewer and Vice Chancellor of ABSU, Prof. Uche Ikonne said the book which is a 350 page book of two sections; covering the Governor’s personal history and his speeches is a legacy of the late father, who modelled his son to become successful in education and resilient in life.

Earlier in his remarks, the Chairman of the occasion, Chief Theo Nkire has this to say: “The library is a befitting monument for a teacher like Pa Ikpeazu, especially in a time when libraries are going into extinction”, he explained, while attributing exam malpractices to lack of reading culture and libraries in Nigeria.

He, however, applauded the Governor for nurturing the idea of immortalizing his late father thus raising a library, as he urged all and sundry to contribute in raising same.

Unveiling the prototype of the library, Mr. Chinenye Nwaogu explained that the library would be a complete complex of many segments ranging from science laboratory, play ground for children, an archival area, amphil theatre and accommodation for visitors among others.

“It would contain many activities as well as be a resource centre for academic excellence”, he added.

In his remarks, late Pa Ismael Ikpeazu, the Governor’s younger brother, Barr. Iheanyi Ikpeazu described their father as “an intelligent teacher and ardent collector of books and scholarly materials”, he said, pointing out that the best legacy to hand down to mankind in memory of Pa Ismael Ikpeazu should be the establishment of library in order to sustain his dreams, as he used the medium to appreciate all who attended the epoch making event.

Present at the event included Wives of the Abia and Imo Governors, Abia State Deputy Governor and his wife, Member representing Ikwuano/Umuahia at National Assembly, Speaker, Imo State House of Assembly, Abia Speaker represented by the Deputy Speaker, Chief Judge of Abia State, Commissioners in Abia and Imo States and others from all walks of life.