by FAMOUS REPORTERS July 30, 2020 0 comment 8 views
Kindly Share This Story
As Abia State Primary Health Care Centre in conjunction with the state embarks on Community Testing for COVID-19, the Executive Secretary, (ES), Dr. Chinagozim Adindu has appealed to the Ministry of Local government and Chieftaincy Affairs led by Sir Gabriel Onyendilefu to pay the outstanding accruable dues and salaries of health workers in the agency.

Speaking amidst heartbreak with Famous Reporters, Dr. Adindu bemoaned the poor treatment meted out to the agency by the Ministry under the Ikpeazu led adminstration in spite of their obvious diligence towards the sensitisation of the masses, as well as relentless efforts aimed at ensuring proper eradication of the deadly disease from the state. 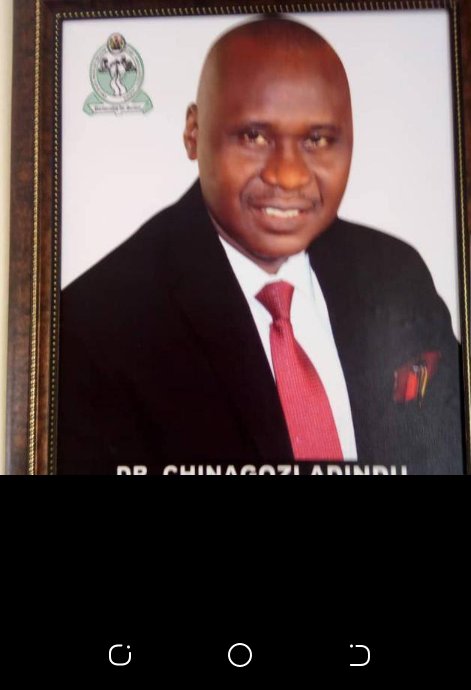 Fielding questions, Dr. Adindu confirmed that Local Government had been owed since April, regretting workers  Workers have been feeding from hand to mouth, as their pain evidently is not felt by the government of the day with no reference to their tireless efforts to enhance the protection of residents from the pandemic through their various programmes.”Local Government Health Workers are paid through the Joint Allocation Committee, (JAC) fund and from that fund, they pay Local government workers, primary education and primary health workers. But, unfortunately, when money came for them to pay April salary, they paid local government workers, people that have been at home, sleeping, they pay primary school workers but health workers that have been at the war front, coming to work everyday at the peak of the fight against COVID. We have not been paid since April.”According to the ES, in his state of devastation, the Consolidated Health Salary Structure’, (COHESS) which is enjoyed by every health worker across the state has been denied local government health workers by the government of the day.Hear him: “The local government health workers are the only group of health workers in Abia state that are not receiving the correct pay. There is something we call ‘Consolidated Health Salary Structure’, (COHESS). It’s being paid to health workers at the national level and even at the state level. Those in the ministry of Environment, HMB, ABSUTH, all other health workers are receiving it apart from the local government health workers wherein the Primary Health falls in.”Speaking further, he said: “In some states, there is a package for health workers because of this COVID that those of in the primary health services and primary health centres are not receiving that encouragement and motivation.He, therefore, appealed to the government to consider the plight of health workers who have been inarguably relegated in order to encourage them thus improving their livelihood.He said: “The health workers should be encouraged since the motivation encouragement is something we can do to make them sit up and protect our people from this deadly disease. They should actually be encouraged in that aspect and also be paid what their colleagues in other establishments are receiving. That’s my appeal to the government.”However, attributed the success achieved so far in the battle against COVID -19 in the state, to the strength of the team alongside the State’s Inter- Ministerial Task Force, pointing out that the agency did not hesitate to embark on sensitisation tours across the state at the initial outbreak of the pandemic in the state, reiterating, as he expressed gratitude to the Governor, Dr. Okezie Victor Ikpeazu for his proactive approach to the fight against COVID-19 “but then, when it came into the state, we went out of our way to create the necessary awareness and managed the cases.”Of course, it might interest you to know that we’ve had about 500 cases now and we managed managed many of them successfully without recording any death. So, we have a very strong management team. And we have a very formidable State Inter- Ministerial Task Force that is working in collaboration with the health system; the health protocol team and all of us, both primary, secondary and tertiary, we’re working as a team to make sure that we protect Abians”, he said.
READ MORE:  Cameroon holds first regional vote despite boycott
#covid-2019#Dr. Okezie Victor IkpeazuAbia governentabia health workersbacklog of salariesdebtDr. Chinagozi Adundu
Share
0
FacebookTwitterPinterestEmail

No poison found in suspect letter to Tunisian...

US approves Pfizer vaccine as millions of doses...

Eight hurt in shooting at US mall, gunman...

After troop cuts in Iraq and Afghanistan, Trump...

WHO Wuhan probe not looking for Covid ‘guilty’...

AstraZeneca to use part of Russian Covid vaccine...