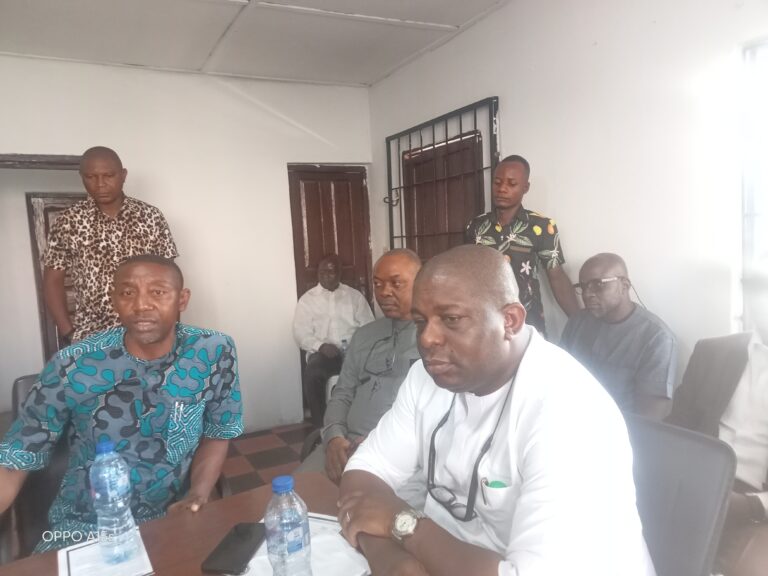 The 2023 gubernatorial candidate of Action People’s Party, APP, Chief Mascot Uzor Kalu has vowed to set up a Panel of Inquiry to review the disengagement of non-Abiaq1a Government workers in the State.

It could be recalled that the then Government of Abia State, under Senator Theodore Ahamefula Orji had unduly relieved non indigenes serving at various ministries under his administration.

Reeling out his manifesto during an interface with Online Media Practitioners Association of Nigeria, Abia State Chapter, today, Friday, at his campaign office, in Umuahia, Abia State capital, Chief Mascot stated without mincing words that terminating the jobs of non indigenes by the then Government lacked moral justification, whatsoever.

The frontline gubernatorial who grief over the poor treatment meted out to non indigenes of the state by T.A. Orji’s administration, recounted that; “In 2002, a Law was passed, recognising non Abians who have been in this state for more than ten (10) years to become part of us and those who were born here.

“I know a lot of them may have been retired, some might have even traveled out of the country, but when we get the figures of those in their age of service. I’m trying to say who among you are still available; who among you are not doing very well, and who needs our our Government to assist you.
I’m not trying to undo what has been done; it’s been done but we could put a rule in this signifying that these people are part of us and this must not happen in the future.

“Like I said, some may have left the country, some may have become billionaires, I don’t know the situation. So, it’s the Panel of Inquiry that will come up and give us a wide overview. For instance, the Panel will tell us the number of persons still in the state out of the total number of affected persons whom Government should assist and then we’ll focus on those persons”, vowed.

The APP who spoke with an aura of confidence about his capabilities, boasted of being the most competent, and experienced candidate for the 2023 Abia Guber election when compared to candidates of other political parties in the state.

While revealing his twenty-six (26) actionable policies and programs he which he has mapped out for the State, Kalu hinted that the APP political party had come to feel the extant vacuum in Abia state, which he stressed needed to be filled.

Furthermore, Mascot said that if elected as governor of the state, his government would within a fraction of one year, generate ten thousand (10,000) jobs thereby making it a total of forty thousand (40,000) jobs in his first four years in office.

Corroborating, the Deputy Governorship Candidate of the party assured that APP had “a line up of young vibrant candidates tested across board, for the State House of Assembly position, National Assembly and  the Senate all across the State.

Prof. Akoma explained that the forthcoming 2023 election would be strictly determined by the young, adding that with the influx of young people into politics would go along way in changing the narrative.