*The governor and its Leadership has Rubbed Us Again… Ikwuano Youths

The youths of Ikwuano local government area of Abia State are currently fuming over a purported council election by the PDP government in the area, alleging an imposition of a 60-year-old, three- time former Commissioner in the state.

Famous Reporters recalls that Abia State government had on November 13 released the names of candidates who emerged successful at the local government council election organized by the People’s Democratic Party, (PDP) on Thursday, November 12.

According to the results as announced by the ruling party in the state, Hon. Steve Mpamugo of oloko clan was listed as the party’s flag bearer in Ikwuano LGA, but this, however, did not go down well with the populace particularly the youths, who without mincing words reiterated that the said election was rather a camouflage.

Speaking in an interactive session with our Correspondent, Cmrd. Frank wisdom aka. Ezengwori, the National President, Federation of Ikwuano Students, (FEDIKS), amidst despair alleged that there was no council election, whatsoever in the area, recounting that the Abia State Independent Electoral Commission, (ABSIEC) was not present at the supposed day of the election.

Hear him: “It’s not a hidden thing, there was no ABSIEC delegations, let alone an election taking place. Ikwuano is the only LGA with a selected chairman candidate above 60yrs, others are 48yrs below. 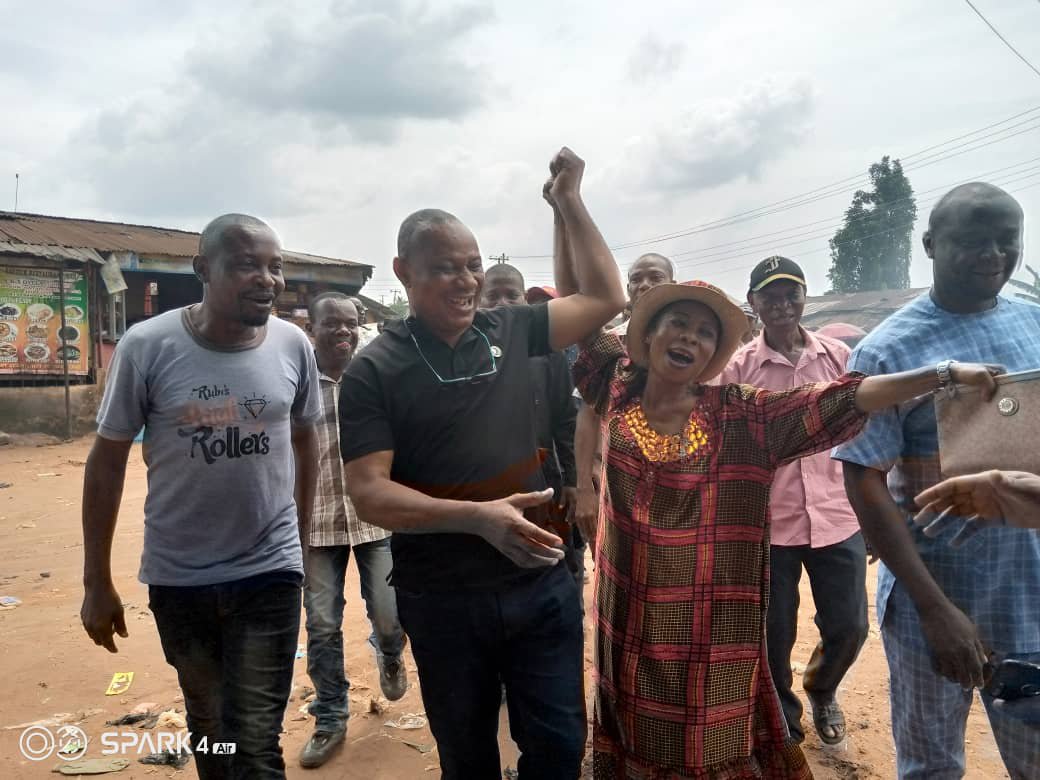 “Steve Mpamugo has been a former Commissioner for Service Commision,
Commissioner, Lands and Survey, a fulll board member ASUBEB. This is Steve’s political portfolio in abia state”, he disclosed.

Ezengwori who spoke on behalf of the youths and other well-meaning indigenes of the council accused Governor Okezie Ikpeazu and the leadership of the party of incessantly depriving them of their rights as citizens.

Furthermore, the heartbroken President wailed that even the member representative Ikwuano Constituency at the state House of Assembly, Hon. Stanley Nwabuisi had bitten the band that fed him, as he alleged negligence of the latter towards the youths who facilitated his emergence at the House, regretting that, “Stanley has joined the league of the Old (apata ukwu), he forgot how he emerged and the secret behind it”.

“The governor and it leadership robbed us again. I want us to keep sentiments aside for the sake of our mother land IKWUANO, Stanley was not the best but he emerged as the party flag bearer, there were men of caliber and integrity, but for the sake of the youth interest and agenda he conquered.

Continuing, he said: “Today, Stanley has joined the league of the Old (apata ukwu), he forgot how he emerged and the secret behind it, I want every IKWUANO man and woman, son and daughter to play fair in this course, and it is a matter of importance to the growth of IKWUANO and the youth, because our tomorrow starts now.

“The government and it leadership should make sure the ABSIEC electoral body call the names of winners in the past councillors absiec primary elections, in regards to all wards”, he advised.

According to another source, Cmrd. Solomon Mba, the assumed flag bearer, Hon. Mpamugo was handpicked by some overzealous politicians in the area, hence there was no formal election, as the results were merely written by the party’s bigwigs, an act he described as disgraceful.

Hear him: “It is very shameful, IKWUANO is the only LGA that did not conduct elections and yet a candidate emerged. At least, for the sake of justice, equity and fairness, every aspirant should be given the opportunity to contest,
But 2023 no body is gonna write for us.

“The umuahia North carbal and cartel of PDP made a young youth the party chairmanship candidate come December, 2020 LGA elections. Primaries were conducted at that level
But, here, they gave IKWUANO an elder, for how long will we suffer this?  They’ve refuse us to grow, it’s in our hands to agree or disagree.”

Corroborating, Grapevine with an aura of confidence, told Famous Reporters that there was no election, whatsoever in the area admitting that the said election results were falsified.

According to Grapevine,
“The returning officers didn’t come and the contestants which were Steve Mpamugo, Williams Ukanu ,Uche Achilu  came with their supporters. Uche Achilu is from oloko , Williams Ukanu is from arim Usaka, and Steve Mpamugo is from oloko. But, there was no Election, no vote, nothing happened at the voting center , everyone just went their various ways .

Continuing, he said: “there was no Election and the entire board of  Electoral commissioners was missing. The Col. declared a winner through a means which was not proper by taking the returning officer to someone’s house and wrote the results themselves. As for the local government council and party office, election wasn’t held at those two places, and the entire community members  are not happy about it.

Grapevine argued that rather than opt for either state or federal elected positions, Steve Mpamugo who is believed to fall in the category of recycling politicians had regrettably, stooped so low as to vie for the LG chairmanship, a position which is perceived as being too derogatory for the prominent son of the soil.

“Up coming generation ought to be given the opportunity to come out, so we would see if the desired development will manifest. Some of our fathers who were born since 1960’s have been leading since then up untill now.
When are they going to give way for the youths who are matured enough to come out and lead or practice leadership?

“This is somebody who has contested for federal house. The last time he came out that he wanted to contest for federal house and this time he wants to contest for Council chairmanship after being a Commissioner for 12 years without attracting anything to Ikwuano, without pointing out to two people that have stood on their feet due to their interaction with him while he was in office. So, we’re simply dragging back the arm of the time. What happened was that a couple of people like Henry Nwoha in Ibere, Usuwa or so came together and compelled him, saying, man you’ll be bringing so so and so at the end of the month. This will go to dick while this will go to Tom and he agreed then they imposed it on Ikwuano. And with this, you can be rest assured that in the next two years nothing will happen in Ikwuano.

“Moreover the elders ought to step down for the youths to gain access and opportunity to come out and campaign for various positions in the community ,so as to see how well they can do. The popular saying that youths are the leaders of tomorrow’, has been neglected to an extent where there opinions are no longer needed, those who are old have bluntly refused to step down and learn from the young, healthy and vibrant youths to lead and bring up rt for making the community and country grow”, he concluded.

Also, some youths of the council cited that other prominent sons of the land such like Barr. K. C. Ugbaja had  served as a council boss before rising to the state, where he was a Commissioner and was never found returning to a position which he supposedly had outgrown in his political career.

2023: Rep Onuigbo Highlights What Ndi-Igbo Must Do

Have we abandoned the fight against Fulani herdsmen...