ABIA PARIS CLUB REFUNDS: Stealing On An Industrial Scale *Ikpeazu was aware of the existence of the so-called consultants and the questionable agreements… 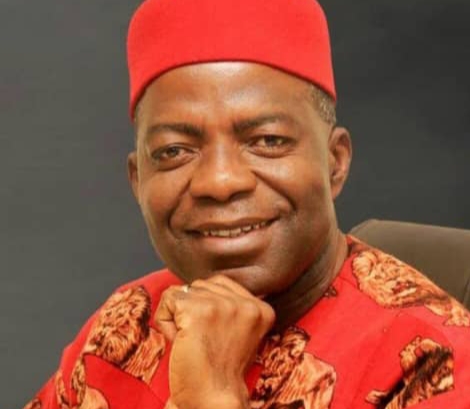 In the last few weeks, Abia state has been in the news for the wrong reasons following an invitation said to have been extended to some present and past officials of the State Government over the management of the N22 Billion Paris Club Refund to Abia state by the Federal Government a few years ago.u

You would recall that the federal government had undertaken and actually refunded billions of Naira to states in different tranches being excess deductions on the Paris Club Debts. These were meant to help states defray arrears of salaries and other debts. Fortunately, Abia state happened to be one of the big beneficiaries, as she got a whopping N22 Billion from the refunds between 2016 and 2017.

Shortly after the receipt of the funds, I did issue a release urging the state government to ensure responsibility in the management of the funds, so that at minimum, the state would be able to overcome the perennial problem of non payment of salaries and pensions. Sadly, the funds which came in three tranches were received and utilised without the government clearing the humongous unpaid salary and pension arrears till this moment.Shockingly, one of those invited by the EFCC and Governor Ikpeazu’s former Commissioner for Finance, Mr. Obinna Oriaku, made damning revelations on how the former governor, Theodore Orji’s government indulged in alleged dubious consultancy arrangements aimed at defrauding the state.The key revelations from Oriaku’s submission were:

1.That former Governor Theodore Orji’s government received the sum of N8.2 Billion Paris Club Refund during his tenure (This is not part of the N22 Billion under discuss), and that there’s no record to show how the money was utilized.

2.That at the twilight of that administration, and knowing that other Paris Club Refunds were going to be paid, Theodore Orji’s government, allegedly imposed two consultants on the incoming government of Ikpeazu with 30 and 20 percent consultancy fees respectively. This implied that the so-called consultants were to be paid N11 Billion (50%) of the N22 Billion paid to the Ikpeazu led government by the federal government.

Fellow citizens, I’m sure you’ll agree with me that with such frightening revelations coming from key actors of the two governments, Abia is dangerously sitting on the edge of a precipice.

While one has always known, like millions of Abians that acts of financial malfeasance are rocking the state going by the government’s inability to execute the most elementary demands of governance like payment of salaries and pensions, one never imagined it could be done with such brazen audacity and cruelty that has the propensity to ruin the state in perpetuity and make millions of Abians slaves to the perpetrators of those heinous financial crimes.

In the light of these sad developments, I wish to submit and also demand the following;

1.That these revelations have further given credence to the generally held opinion that Abia is being recklessly plundered in the most despicable manner.

READ MORE:  $3.4b loan: There's a limit to what a country can borrow… Alex Otti warns FG

7.That the state government should take interest in the matter before EFCC which borders on recovery of funds for one of the consultants and expand the matter to recovery of looted funds in the name of consultancy fees for the benefit of the state.

Finally, let me state that this intervention, as usual, is selfless and aimed at reminding those in leadership positions in Abia that silence in this kind of matter is not golden. The government at every point must be accountable to the people. The government should therefore come clean and explain what it knows about this matter to Abia people.

Tension, As Terrorists Abduct many travellers along Abuja-Kaduna expressway