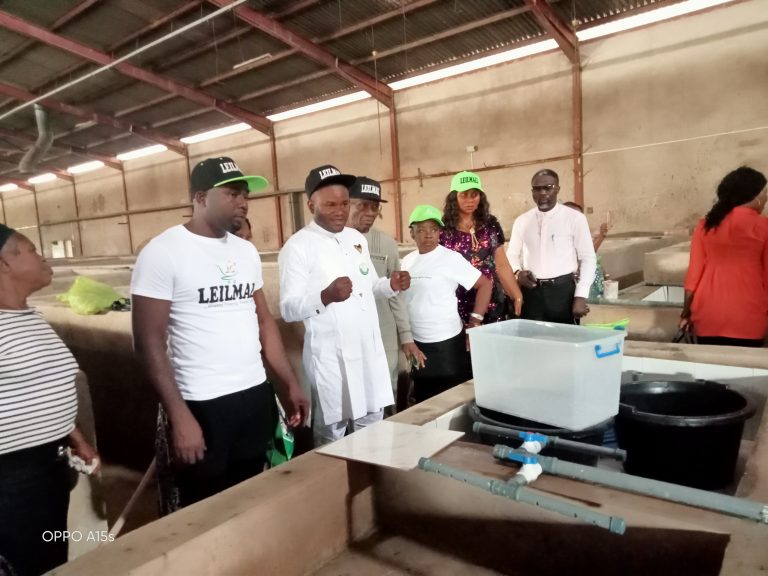 Abia State Government led by Governor Okezie Victor Ikpeazu has opined that Agriculture could serve as an intermediary to the extant huge gap between Naira and Dollar.

“Agriculture provides income and also Agriculture by extension helps us to earn foreign exchange and by so doing, we’ll try to solve the problem of exchange rate of dollars.”

The Governor who was represented by the Deputy Governor, Rt. Hon. Sir Udo Oko Chukwu, prided in the extant tranquility in the state, while assuring the investors of an outstanding safety and security of both the company and her workers, as he described Abia as the safest state in the entire Nigerian nation.

Speaking further, he said: “These days, a lot of people because of what is happening going on, investors seem to be very sceptical but in Abia State, I think, I can tell you that you are safe
I want to appreciated everyone of you present in this occasion especially the Commissioner of Police, CP Janet Agnede.

Moreso, the Governor who described Agriculture as the surest way to mitigate the hike in unemployment among the teaming youths, expressed immense joy over the emergence of LEILMALL in the state.

“For us in Abia, this is a project that is very dear to our hearts because this is a surest, safest and fastest means to solve the problem of unemployment in Abia State and indeed in Nigeria. It is via the way of Agriculture.

“This is a state with vast fertile and arable land and any organization that will want to come to Abia State to assist and ensure that we improve on the life of our people via Agriculture will be appreciated. Agriculture will give us roots, this is employment opportunity”

He, therefore, urged Abians to embrace Agriculture, insisting that it would help downplay the existing depreciation in the value of Nigerian currency.

Meanwhile, among the dignitaries who were present at the epoch making event were; Enachioken of Abiriba Kingdom and deputy chairman of the Abia State Council of Traditional Rulers, Eze Amb. Philip Ajomiwe, the traditional ruler of Oriendu Community, in Ohuhu, Chief Obi Aguocha , Ogumabiri Umuahia and Udo Hi Agu-Ohuhu.

Earlier in his address, Amb. Chigbogu Nwusulor, the CMO, LEILMALL Farm expressed gratitude to the state Governor for creating a conducive environment for investors in the state, while commending him for continually championing major initiatives, which accordingly to him, are major initiatives “that are critical for accelerated growth and development of the state.”

The CMO described food as a major important aspect of the human life, stating emphatically that no one feeds on oil or gas rather food, as he maintained that “access to food in quantity and be in quality- is a fundamental human right.

Amb. Nwusulor insisted that the extant extreme poverty could, in no doubts be eradicates, alongside vices, hunger and malnutrition, through large-scale agricultural transformations, as he urged Africa to arise and unlock its full agricultural potential.

Adding, “with all its bright sunshine, abundant power resources and cheap agriculture. Africa cannot eat potential and there is no market for selling potential”.

In his speech, a prominent son of Ude Ofeme, in Ohuhu Kingdom, Amb. Empire Kanu, a joint Venturer explained that their partnership with LEIMALL to delve into integrated fish farming was to replicate the acts of Dr. M. I. Okpara, thus restoring the agricultural dignity of Igbo nation.

“You can go and see what we have invited you here for. I know you want to eat fish right? That is a settled case. What they’ve done today, I met a man called Prof. Onuagulachi in Enuugu. He has one of the biggest farms in Nigeria. He’s a Billionaire. I said to him what you are doing in the West, why can’t you come and do it for Ndigbo and so I asked him if we could partner and he said, “why not?”. Then I told him he would have to start it in Umuahia because that was where agriculture started in Eastern Nigeria. He said he knew that.

“That Fish Farm you see there is the largest in the Eastern region. We’re going to hatch 1million fishes in every two months, everybody will have enough fish in Abia State and all the Eastern fish ponds owners in Nigeria will be buying fingerlings from here”, he boasted.

Earlier, in an exclusive interview, Empire had told famousreporters.com that, “LEIMALL’s fish project is a multi- naira project where we produce a lot of fish and fish mill and a lot of people into fishery will be coming here to buy the fish products and we’ll be doing a lot of exports.