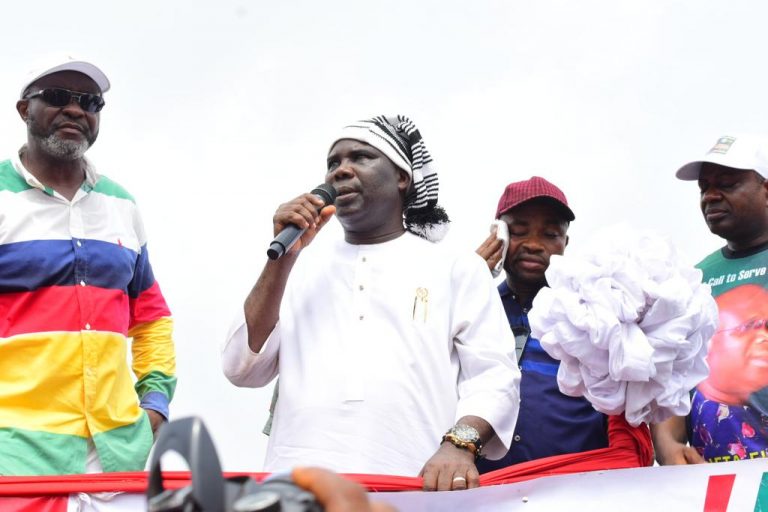 Chief Ncheta Omerekpe (Offor Ndi Igbo) has enjoined all well-meaning Abians to endeavour to elect a true leader who is endowed with the ability to change the narratives of the state and make better the lots of the inhabitants.

pick someone who will enhance their narratives and better their lots for the next 4 years, adding that the Abia governorship race concerns Abians in general.

Chief Ncheta Omerepke, who took off from his country home in Umuakwu Nsulu in Isiala Ngwa North LGA of Abia State, was accompanied by mammoth crowd of supporters across LGAs in Abia State straight to the PDP S formally inform the State PDP of his intention to run for Abia Governorship. 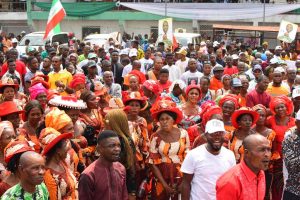 Chief Ncheta Omerekpe had last week picked his expression of interest and nomination forms at the PDP Secretariat, Abuja.

Addressing the mammoth crowd of supporters at the Umuahia Township Stadium, after his visit to PDP Office, along Saint Finbarrs Road, Chief Omerepke, stated that it is imperative for Abians to pick someone who will enhance their narratives and better their lots for the next 4 years, adding that the Abia governorship race concerns Abians in general.

He used the opportunity to address earlier misconceptions in some quarters that he has been part of the PDP administration in the State, reiterating that he has not been part of any government in Abia but has surpassed the achievements of some Senators and Representatives in the State.

Chief Omerepke, pledged to serve Abians with all his heart if given the mandate, reminding them that if they want change, he is poised to effect the needed change as Abia is in dire need of change and move away from imposition of candidates which has become a norm in the State just as he stressed that time has come to reject imposition of candidate on Abians.

He commended Governor Okezie Ikpeazu for steering the ship of Abia for 7 years running, revealing that he has so much respect and love for the Governor while urging him to as the father of the Party, do the right thing by avoiding imposition of candidate on Abians as they have the ample right to elect who they want.

In his word, “Governor Okezie Ikpeazu is a man I love so much because he has steered the ship of Abia for 7 years running. But he should do the right thing, by allowing Abians decide their fate.

” As the father of the party, he should be neutral, and let the generality of Abians speak through their PVCs who they want to be their Governor come 2023.”

Earlier, the member representing Isiala Ngwa North in the Abia State House of Assembly, Hon. Ginger Onwusibe, who had also picked his nomination and expression of interest form to represent Isiala Ngwa North/South Federal Constituency. said Chief Omerekpe has imparted the lives of the people positively and will do well if he becomes the Governor of Abia state.

Hon. Onwusibe said the philanthropist and business mogul has done so much, constructing roads, schools, skills Acquisition centres, hospitals, stating that Omerepke has all it takes to occupy the number one seat.

Hon. Ginger Onwusibe, charged delegates not to sell their conscience, reminding them to vote according to their conscience as key to electing a good man like Chief Omerekpe as the party’s flag bearer come 2023.