AKWA-IBOM 2023 GUBERNATORIAL: Why Uyo Senatorial District Should Produce Next Governor 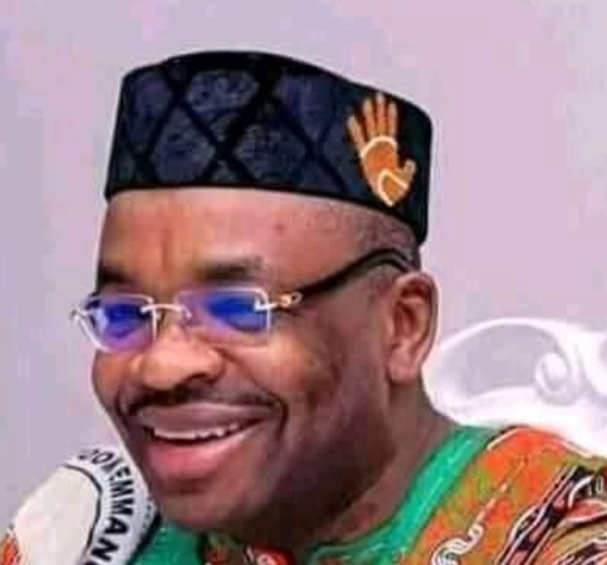 AKWA-IBOM 2023 GUBERNATORIAL: Why Uyo Senatorial District Should Produce Next Governor

It is an indisputable fact that as years run into months, months into weeks and weeks into days, the various states in Nigeria are bracing up for the forthcoming 2023 general elections. As it were, political bigwigs are definitely not oblivious of who would go for them in their respective political parties.
This is inevitable.

Evidently, all states in the Nigerian nation are fighting hard to figure out strategies that will enable their respective parties emerge inspite of all odds, hence it is imperative that more efforts are deployed to facilitate successful outcomes and also to put in place structures that will ensure resounding victory.

Akwa Ibom State is not an exception in the quest for a successor who will, against all odds, carry to another level the exemplary and purposeful leadership shown by the leading party in the state, the People’s Democratic Party (PDP).

Politically, both the past and present state governments who have always been of the People’s Democratic Party alongside the masses, have done commendably well, catalyzed by the zoning system which is instrumental to the continued success of the  party.

Moreover, the ability of the party to adhere to the zoning principle has not only contributed to the stability in the  state but has also given hope to the people especially the youths and their followers, that power will come to them and their communities  as they fully participate in the  development of their state.

Having taken power round the three Senatorial districts overtime, necessity demands that power returns to Uyo Senatorial District in the spirit of equity, fairness and justice.

Meanwhile, Grapevine disclosed that in Uyo Senatorial District, Uyo Local Government Area, being the capital city of the state and the heart of Akwa-Ibom state, has never smelt the corridors of power let alone having the mantle of leadership of the state. This to me, seems inappropriate and a glaring mistreatment of the people of Uyo. It is, therefore, expedient that since there is going to be a rotation of power in the forthcoming general election, it would just be fair if power shifted to Uyo Senatorial District, and then to Uyo local government area. They deserve it.

This is simply because, whereas in the history of Uyo Senatorial District, there is nobody from Uyo local government who has ever been a Governor before. To me, this is outright mischief and we begin to wonder if this is a ploy to dump Uyo local government completely outside the corridors of power. Let us not forget that Itu-Ibiono local government had a Governor, Navy Capt. Edet Akpan Archibong, albeit Military.

READ MORE:  WHY SENATOR ORJI UZOR KALU IS THE RIGHT MAN FOR THE WHEEL IN 2023.

Consequently, the one billion dollar question that reverberate in the minds of the people right now is that; Is it that the powers that be favour some section of Uyo Senatorial District thereby relegating Uyo Local Government Area to the background in the course of power distribution? Is it an oversight of some sort on the part of political bigwigs since the advent of democracy, not have given an iota of chance to the Council to at least have a taste of power thereby contributing to the growth and development of the state? Maybe, it seems like it is instilled by self-forgetfulness, otherwise it means something is in the offing. But, then, something has to be done and very fast to avoid some envisioned tension! Power is dynamic and it must remain so!!

Grapevine informed famousreporters.com that notwithstanding the fact that the godfathers still acknowledge that, according to the zoning system, it is the turn of Uyo senatorial district to produce a Governor, yet there are agitations. So, one begins to wonder why anyone should even think of any other Federal Constituency other than Uyo Federal Constituency in Uyo Senatorial District. What happens to Uyo LGA, what happens to the dynamic, young, educated and astute men and women of Uyo local goverment, if I may ask? This partial treatment, in no doubt could be catastrophic and would, of course, drag the image of both the present administration and the party in general ‘through the muds’.

It is widely believed that we endeavour to, as often as possibly could apply the aphorism which states that: “what is good for the goose is also good for the gander”. In view of this, the powers that be should reconsider their agitation and “quickly remove the hand of a lizard from the plate of soup before it turns to a human hand”. Uyo Local government should be considered and given the opportunity to produce the next Governor.

a. Recall that the PDP manifesto promises an industry for each local government area, they were not lying about it, that makes the current administration do all it can to accomplish and they are doing well in that area, but an Uyo Governor would be a preferred candidate as uyo is almost well developed, therefore would focus attention to other part of the state.

b. It is only a Governor from Uyo who can achieve a more equitable distribution of developmental infrastructure to local government areas without raising tension within Uyo.

d. Of the 9 local government areas in Uyo senatorial district, Ibesikpo Asutan, Etinan and Old Itu-Ibiono have produced governors be it civilian or military.

While the other 6 local government areas including Uyo have never produced any governor, the strong case for Uyo LGA is built around its position of being the only LGA to possess the qualities of dispassionately reaching out to all LGAs without shortchanging any one. An Uyo governor can best implement the manifesto of PDP more effectively than any other person from another LGA. This is inarguable!

The success of this quest bearing in mind the extant process of zoning will be predicated on further micro-technical considerations as canvassed in this write-up, where an LGA like Uyo that has all that it takes to equitably deliver the benefits of democracy. Uyo is not in competition with any other LGA for infrastructural attention, rather it craves to raise the standard of all other LGAs and not any specific one.

e. Sincerely speaking, Akwa Ibom has been blessed with good leaders right from the days of Akpan Isemin, Obong Victor Attah, the Architect. He did the design of Uyo and then Godswill Akpabio came in and executed the plans of Attah including his own programmes, then the present governor has come in and has keyed into this developmental strides of his predecessors as he also pushes his own programmes through. So, economically, the state has done well but there is a huge room for improvement.

Indeed, one can unequivocally reaffirm that there are yet numerous stones left unturned in Akwa Ibom State and these the people are candidly selves-assured can be tackled by reducing tension and adhering to the technical details of zoning as enunciated in this article to pick the right candidate in a less encumbered local government area.

It gathered that, the people of akwa ibom state are confident that a strict adherence to these clarion calls would not only expedite the growth and development in the state but would also help in sustaining the inherent orderliness that has existed in the PDP of Akwa Ibom over the  years.

Meanwhile, this publication is not borne out of desperation or mere parochialism but on actualising equity, fairness and justice for the Akwa Ibomites.

Let’s do the right thing. Let us give an acceptable man from Uyo local government area a chance and make them feel a deep sense of belonging. Power is not static, but dynamic.