by FAMOUS REPORTERS September 9, 2020 0 comment 15 views
Kindly Share This Story
The Traditional Prime Minister of Ibeku land, in Umuahia North LGA of Abia state, Royal High Chief Uche Akwukwaegbu, (KJW), aka. Bawas has said that governorship stool in the state is not specifically designed for a particular individual or party.
Chief Akwukwaegbu maintained in an exclusive chat with Famous Reporters that what Abia needed was an effective representation, irrespective of an individual’s political affiliation, noting that “God chooses who should be there”
Speaking with Famous Reporters, Bawas described politics as a competition, while
urging the APC and PDP members to eschew politics of hatred and bitterness, saying “if you want to criticize or oppose, do it well but in all, let it be for the development and progress of the state.”

“What we need is good governance, it doesn’t matter whether it is APC or PDP. We’ve voted Ikpeazu and what we expect is dividends of democracy.
Continuing, he said: “Ikpeazu still has three years so people should refrain from discussing politics up until subsequent election when Ikpeazu would present his score-card, then his performance would determine the opposition’s reactions.
“Let us give Ikpeazu time to govern well and manage the state that has been handed over to him”, he advised.
In addition, the renowned businessman used the medium to dispute without mincing words the rumour that a two-time governorship candidate in Abia State, Dr. Alex Otti has up to 400,000 followers.
Bawas insisted that the former APGA Chieftain could not have amassed such mammoth supporters numbering over 400,000 as rumoured, arguing, that Dr. Alex Otti should have emerged the winner of the 2019 gubernatorial election, if he had such alarming number of followers all the while.
Meanwhile, Famous Reporters recalls that the State Chairman of APGA, Hon. Nkem Okoro (JP) had last week, led a multitude of his members to officially declare their membership of APC, as he
affirmed that, “Our decision to join the APC became more cogent and expedient, after the leader of the party in Abia state and a respected Abia son, Dr. Alex Otti OFR joined the party with thousands of APGA supporters recently.” 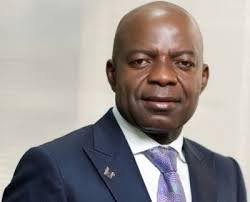 Dr. Alex OttiHowever, Bawas who applauded Dr. Otti’s political prowess would not admit to the exaggerated number of people as has been announced
arguing, “if Dr. Alex Otti truly has that number of followers, he should have outrun Dr. Okezie Victor Ikpeazu at the 2019 governorship election.”
“I also agree that Otti is a powerful politician and a proud son of Abia state. Of course, their boss has joined APC, so what do you expect? His followers should definitely join him”, he said, revealing that “thousands of APGA also defected to PDP in Isiala Nywa South and North LGA.
READ MORE:  COVID-19: We Need Federal Govt's Support In Abia--- Bawas
… As Us Based Daughter Donates Palliatives
#abia politics#abiaApcdevelopment and good governanceDr. Alex Ottiroyal High chief Uche Akwukwaegbu (aka. Bawas)
Share
0
FacebookTwitterPinterestEmail

Ndi Ikwuano, I’m Grateful I shall not fail...