In his burning quest to ensure continuity and actualization of existing programmes of the incumbent Governor, Chief Willie Obiano frontline Governorship aspirant in Anambra State, Hon. ThankGod Kenechukwu Ibeh aka. Ezebunafor has assured the people of the state that his administration would usher in numerous mind captivating programmes particularly the Light up Anambra project.

The 45-years-old zestful youth and flag bearer of Anambra State 2021 Governorship election made this pledge while fielding questions from reporters in Awka over the week, pointing out “enhancement of security, creating good educational environment for our children and operation light up Anambra State among others are some of the reasons why Anambrarians will not vote for a change of APGA Govt in the state”.

It could be recalled that insecurities and abysmal failure in education were some of the features that Anambra State were known for when PDP was rulling the state before APGA came to power.
The situation then was so bad that schools were closed down for more than a year before APGA came and changed everything with good governance.

READ MORE:  I Don't Know What Godfatherism Is About, Says Anambra Governorship Aspirant 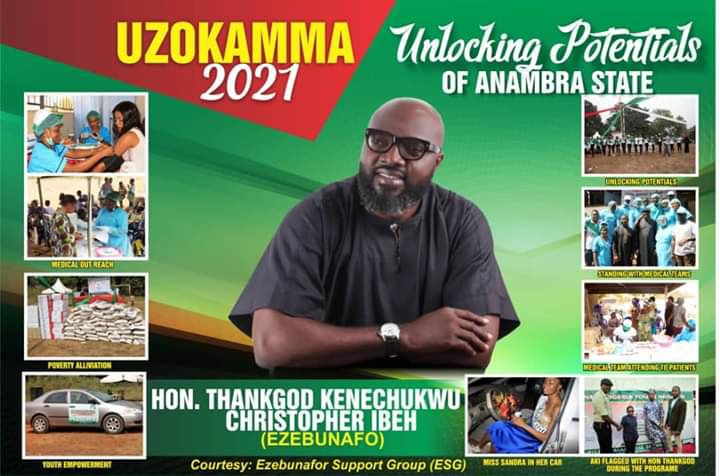 Hon. ThankGod Ibeh, therefore, implored Anambrarians to  support the continuity of APGA Govt in the state to ensure continuity of good governance “instead of opting for a change of a party that has chequered history of failures in governance, murder of Bar and Mrs. Igwe with some innocent citizens or the type of change that saw a litre of fuel being sold at #170 and a bag of rice being sold at#35, 000. These are things that had never been heard of in Anambra State before and Nigeria at large. But now, we are all witnesses to such horrible changes in our lives”, he lamented.

Ezebunafor further appealed to APGA members to ensure they get it right during the coming primary election which will define the survival of the party by voting a candidate of integrity without fear or favour, reiterating amidst optimism that “I’m going to clinch the party ticket once the primary is free and fair to all concerned”, he assured. 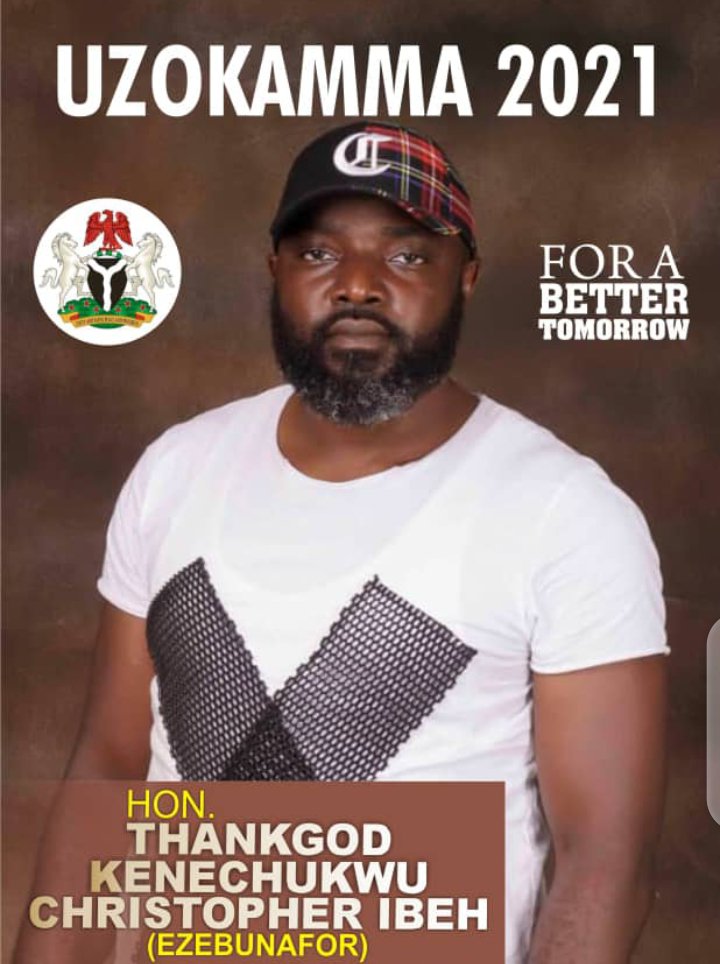 Meanwhile, different administrations in Nigeria evidently come with different projects and policies, that is not only obtained at federal government level but also at state Government level. Little wonder at the inception of Governor Obiano’s administration, of Anambra state, people were eager to see things he would bring on board in his governance despite his campaign promises of continuity and completion of the existing project,  commissioning of same and subsequent commencement of his own projects.

Indispensable remains the fact that the people’s Governor never kept Anambrarians waiting for too long as he hit the ground running with numerous innovative ideas in governance like operation light up Anambra project.

According to the people’s Governor, the policy is geared towards enhancing the security situation in the state. This as rightly predicted, made the incidents of motorcycle and car snatching a thing of the past in the state. The people of the state became enthused with the lightening up policy which made the state a beauty to behold at night. The Anambrarians are currently afraid that with next year election around the corner that a new government might suspend the sponsorship of the light up project considering the resources expensed in purchasing the gasoline

Ebonyi to begin demolition of illegal structures on...

Igbo Presidency In 2023: Normalization OF Injustice is...