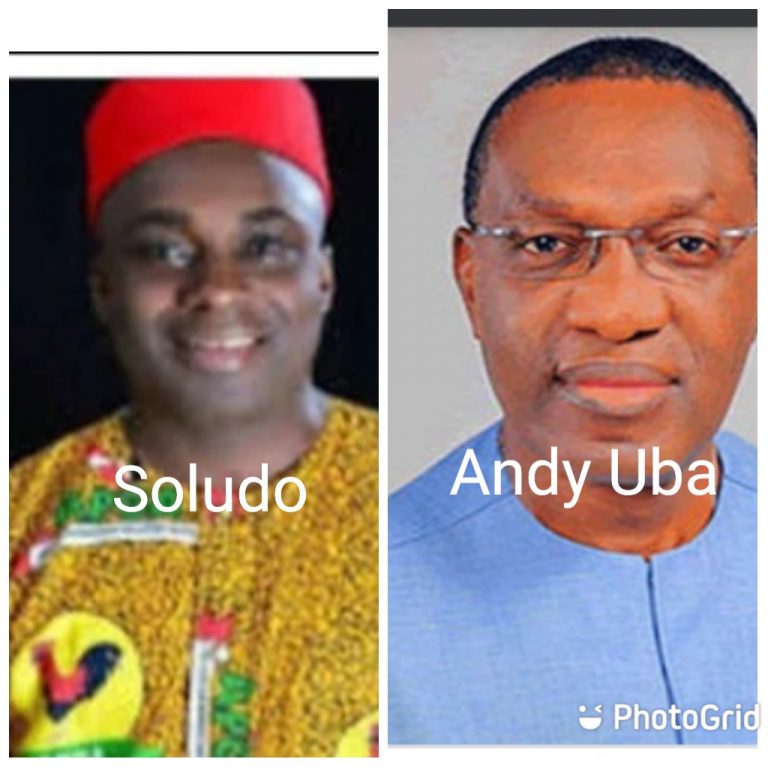 Below are thrilling details of the just concluded Anambra State governorship debate.

The Anambra debate has ended
Enthralling.

Soludo knocked Andy Uba off stride from the start.

He blamed all the security problems that had ravaged Anambra in the past on the Uba family.

He said they opened the gates of hell after they masterminded the kidnap of a sitting governor.

He said Andy has returned and insecurity has peaked again.

READ MORE:  Building of Classrooms for Ekebedi was my decision based on my experience…Rep. Onuigbo *As he commissions Block of 4- Classrooms at Community School

He said Obasanjo imported Andy, a masseur , from America, for massage and houseboy duties in the villa.

As Andy Uba foundered with air jabs , Soludo went for a knockout. He said he didn’t know any academic qualifications Andy possessed besides soft palms and a fake certificate.

Soludo barrages left Andy looking sick, with thicked saliva at the corners of his mouth and a shiny face of anxiety.

Andy showed he was a PDP masquerading as an APC candidate. He always talked about Obasanjo and never about Buhari.

READ MORE:  I Don't Know What Godfatherism Is About, Says Anambra Governorship Aspirant

Andy’s performance was a tragedy.

I will score him 4

Soludo, as eloquent as ever but hamstrung by Obiano, scored 8.

Valentine Ozigbo was articulate. His strategy was to tie Soludo to Obiano and dismiss Soludo as a paper strategist, an ineffectual theorist. Ozigbo didn’t need to bother about the battered and bruised Any Uba.

I will score Valentine Ozigbo 7. He was the best student in all the schools he attended.