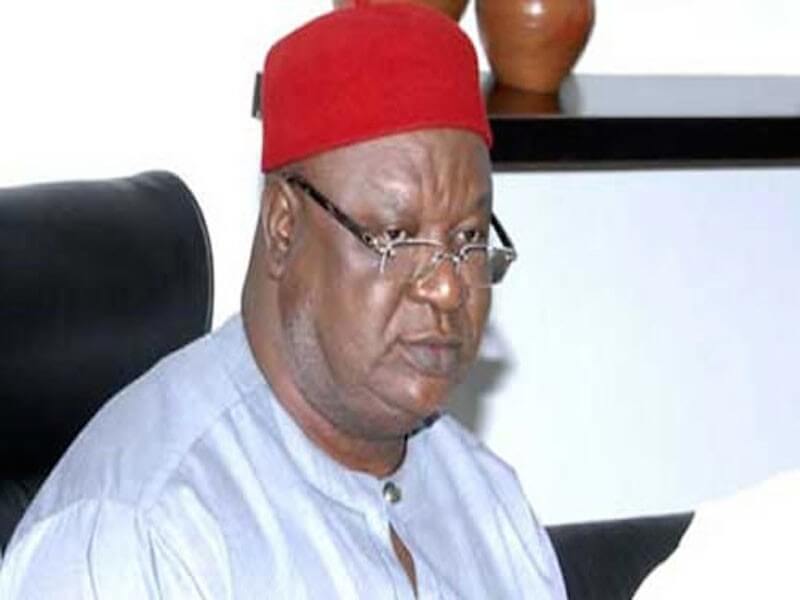 Reacting to the unfortunate arrest of a former Secretary to the Federal Government, (SFG), Sen. Anyim Pius Anyim, by the Economic And Financial Crime Commission(EFCC)
urged the Buhari led Government to desist from the perceived intimidation, victimisation and witch-hunt of selected region through the anti-corruption body.

Speaking through her President, Comrd. Igboayaka O. Igboayaka, shortly after what he described as “an unwarranted arrest”, the Council charged EFCC to as a matter of urgency, quit intimidating, harassing and embarrassing Sen. Anyim Pius Anyim and other Igbo prominent eminent sons of the Igbo nation.

Igboayaka, who called for the immediate release of the distinguished image of the region, amidst bitterness, recalled that a similar treatment derogatory treatment was meted out to a former Governor of Abia State, Sen. Orji Uzo Kalu.

He said: “EFCC has been characterized with political conspiracy to witch-hunt the perceived opposition members of other political parties or those that are not in the corridors of power with APC led federal government.

“APC led Government of President Mohammadu Buhari should as a matter of urgency desist from intimidating the perceived opposition members, and use EFCC for the purpose for which it was established.

“It’s unfortunate that this was the same treatment that was meted out to Sen. Orji Uzo Kalu, and, therefore, Ohanaeze Youths Council is urging EFCC to immediately stop intimidating, harassing and embracing Sen. Anyim Pius Anyim and other Igbo prominent sons of the Igbo extraction. EFCC should have a mind of its own and not derail from its original plan and purpose of establishment. Do not be used as a tool to propagate corruption. It drags your image through the mud”, Igboayaka advised.

READ MORE:  "Nobody Can Use Rivers state As A Toy"
…Talk With Me, Don’t Give Me Directives…Wike Tells FG

Speaking further, he said: There’s hatred of political act going on against Igbo political office holders and stakeholders by the EFCC and the same EFCC has failed to investigate Patami, Gov. Ganduje and all others who have been indicted with all manner of corruptible acts.

Meanwhile, Famousreporters.com gathered from a reliable source that
Chief Anyim Pius is being subjected to the humiliation, hence his detention in the custody of EFCC consequent on his obvious refusal to denounce his political ambition and join APC.

“While the mainstream media is rubbishing his reputation is not in the least fighting corruption. If after 48 hours with EFCC, they can not charge him to a court or establish any case against him over the alleged graft, it is clear that this latest action is only aimed at extorting money from him to cut his strength and put him in bad light before Nigerians.”